Few Intangibles behind the Economic Slowdown

Drastic changes in India’s economy continue to make its people suffer. Where the end of this road is is the pressing question of the hour?

The Indian economy has seen many ups and downs in the past. During the last 72 years, we have passed many hurdles against faster development. But the current situation has been said to be more structural than policy/governance that concerned. How could it be?

Immediately after the freedom, advocacies for land reform, faster industrialization, education, health and basic amenities to all were a few things that happened. In due course of time, war and famine changed the discourse and food security, and geographical security came into prominence as well. Dialogues and debates were raised when the country needed reforms to restructure the economy leading to more progress. In the post-reform era, once again, there are demands for second-generation reforms and re-structural strategy for further growth push.

In this context, it is better to analyze why the voice for re-structural strategy is facing a few adversaries. The sluggish growth is continuously occurring in the last few years if not late for more than a decade. The global meltdown was recognized while the US sub-mortgage lending crisis hit in 2008. It is accepted that the Western economy has saturated and firms looking out for new markets and emerging economies provide some access. In contrast, India has a dichotomy to acquire new markets and allow access to local markets. Hence, it has to look more on the inside to address poverty and wealth imbalance. Therefore, there is an urgent need to look into issues that hinder hassle-free growth.

Today it is widely said that the gap between the rich and the poor has been widened and intensively spreading more. Around 1 per cent of the population holds 73 per cent of the total wealth, according to both public and private surveys. How did it happen and what way it could impact the growth story? As it is evident from the allegations that current public policies encourage the rich to become highly rich and, as a result, poorer become deeply poor. In such a case, the growth momentum achieved would be dispersed and provide a very low level of net growth among the vulnerable sections.

To exactly know the magnitude of the rich–poor gap, one has to understand that it has around 3,400 persons who have a net worth of $50 million at least. About 90 per cent of the poorer section has wealth below $10,000.

This would restrict the growth in several ways as the wealth heaped would remain idle and therefore unproductive. A large portion of such wealth which is not under distribution from the ‘wealth creators’ would not help in the expansion of the economy. 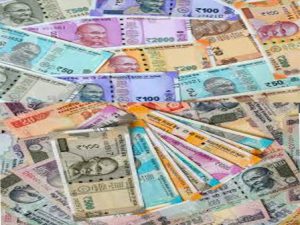 A peculiar class in India is lower middleclass. They are mostly categorized as ‘poor’, though they are mostly hung in between the real poor and the middle class. Many of them own a property mostly their living houses. What it means is that they are relieved of paying house rent. Besides, if they own a plot which consists of several small living places, then it would usually be lent for rent as doing so fetches a good annual income. Beyond that, many households do lease their agricultural land in their native places to accrue some income, which compensates their rent in urban dwellings. Some households may own both. In urban localities, some household member would have a lucrative job and constant financial flow out of this would enhance the expenditure pattern. It is evident from a city like Chennai where the male head would do household chores and the female member would go for work. What is more interesting is that the male partner would do all kinds of temporary jobs or semi-skilled jobs and earn a decent income. The present methodology to compute household income and to measure poverty, and in particular, the incidence of poverty does not seriously look into this ‘rent-seekers’ section who have the potential to pay income tax. On the other hand, their fluctuating income level confuses the authorities to include them into the tax-payers pool. Hence, it could be suggested that to include all the below 2.50 lakh annual income holders (even up to INR 3 lakhs per annum) under the poorer, lower middleclass/disadvantaged category. This will give a clear picture of taxation policy and the real magnitude of poverty.

Also Read : Pds System One Nation One Ration Card And Beyond

Corruption and unaccounted wealth over the years had social recognition. Poverty and corruption could be understood but corruption and power/authority can neither be understood nor recognized. At the same time, poverty is the axis of corruption. This vicious circle breaks even re-distribution and challenges to the government. Every tax evasion, bribing and other corruption increases the further chance for alienating financial resources, which keeps increasing correspondingly. Several global studies pointed out that poverty and corruption are deeply inter-related. As long as one exists,the survival of the other is ensured without a doubt. Over the course of development, poverty shall be countered and corruption shall increase. This is in fact history in our country. Post liberalization poverty did decrease but not in tandem with corruption.

In addition, there are other factors like demography, culture and sociological development which make intangible impacts on the development. However, those issues could be resolved with other measures than three issues that were discussed earlier. Prime Minister Modi’s $5 trillion economy initiative might be looking to resolve them for making it a great success.

Fight to ‘Let Love Be’ Not Over Yet