Gautamapuram and Beyond: Towards a Cultural History of Kottayam

Kerala’s Kottayam offers at least two etymological possibilities of interpretation. Ayam of a Kotta means pond of a Kotta or pond by a Kottam. Akam of a Kotta makes it the interior of a fort. The second one is more popular, but the first one seems more historically relevant. In both ways the place is associated with a Kotta or Kottam that signifies a pre-Hindu place of worship in south India often associated with Sramana or Chamana culture. Jain and Buddhist temples are often called Kottam, Vattam, Kutti, Ambalam, etc. Pally was more of a sacred word in Pali language, and used to refer to more established Viharas, Chaityas and Basatis of greater sanctity. Simple pagodas, pillars, towers, stupas, pipal platforms with ponds nearby, etc. were referred to with these words of common denomination and popular currency. 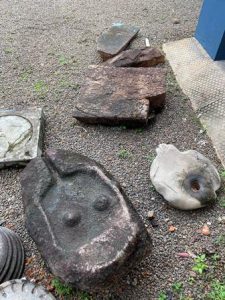 It is clear that Kottayam before the 8th century was the abode of Kottams, ponds and Ambalams. Place names that survive centuries of cultural onslaughts like Muttambalam, Pallypurathu Kavu, Mariyapally, Gautamapuram, etc. point towards the Sramana antiquity of Kottayam. Pallypurathu Kavu on the banks of the Kodurar close to the Lake Vembanad in the west literally means an ancient sacred grove outside, but in the vicinity of the Pally (Buddhist temple after disseminating the slurs). Mariyapally could be an alteration of Maariyapally or changed shrine. Muttambalam may refer to a spherical stupa of Buddhist worship as relic worship was popular in many schools of Buddhism.

It is also important to note that Panachikad an ancient seat of a Naga Yakshi and her sacred grove and spring is located just across the river on the southern bank.

Yakshi itself is a corrupt and demonised term related to Buddhist nuns and teachers (imagined as evil by Brahmanism in order to exterminate them after disseminating the slur).

There are also ancient shrines of Buddhist antiquity like Neelamperur Pally Bhagavathy Temple, a few miles south west and Kilirur Kunnummel Bhagavathy Temple in the west. According to historians these temples remained Buddhist even up to the 15th or 16th century.

Gautamapuram is located on the northern bank of River Kodur between Pallypurathukavu and Muttambalam in Kottayam. It lies in the slope just south of present Baselius College and Manorama. Being an ancient temple, there is also called Thri (Thiru) Gautamapuram temple. Although Krishna is worshiped here today in the central shrine as in Kilirur temple is just a few miles west on the banks of Lake Vembanad, local people especially the Avarnas believe that it was an ancient Buddhist shrine. However, according to the Nair Service Society (NSS) officials of the temple, it is named Gautamapuram as a sage Gautama has performed the installation here.

It is important to remember that there are places like Kotamangalam, Kotanallur and Kotakulangara in and around Kottayam District. There is also a popular allusion to Kotazham or Kotayam in the eastern hills near Chirakadvu south of Ponkunnam in the east. So the affix Kota is a rural form of Gota or Gotama the Buddha. Thus the ancient name of Kottayam could be seen in Kotayam. It could had been slightly changed to Kottayam after the Tali was militarily modified and fortified in the middle ages with the rise of the Tekumkur regime.

In his masterpiece Kerala and Buddhism, S Sanku Iyer talks about Gautamapuram and its Buddhist past.

According to him, it was the location of a Buddhist Vihara that was lost or demolished and it was named after Gautama Buddha himself by the early missionaries who reached Kerala in the third or fourth century BC. He also cites Changanassery Parameswaran Pillai saying that there was a Buddha idol in the ruins at Gautamapuram. 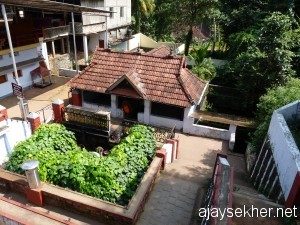 Endorsing this view and rehabilitating the local legends and oral narratives by the Avarna people in the locality who have become extinct in the area because of rapid urbanisation and the pressures of the newly moneyed classes, Dalitbandhu N K Jose also records about the Buddhist past of Gautamapuram at the heart of Kottayam in his polemical work Buddh Dhamam Keralathil (Dalitbandhu, 36). It is also interesting to note that same legends are also existing among dalitbahujans regarding Thiru Nakkara temple just a mile afar in the west.

It is evidently clear that the official historical versions on Kottayam that begin with the Thali rule and Thekumkur associated with the Brahmanical Savarna hegemony that begins with 16 century are grossly inadequate. They are also obsolete in interpreting the greater and ancient legacies of the people, their cultural traditions and trajectories of resistance against internal imperialism of caste, cultural elitism and absolute hegemony by the forces of barbaric violence, Varna and Veda. Epistemological violence related to mutilation and erasure of history and culture done through linguistic and semiotic doctoring may take centuries of de-colonising and rewriting to achieve balance and poise.

The writer is Assistant Professor, Department of English, Sree Sankaracharya University of Sanskrit, Kalady, Kerala. He can be reached @ajaysekher