Women’s access to basic infrastructure is important, and they need to be trained in the technological front as India is moving towards the digital age.

As India has crossed 3.4 million coronavirus cases, these extraordinary times have created conspicuous situations both at personal and professional places for women. 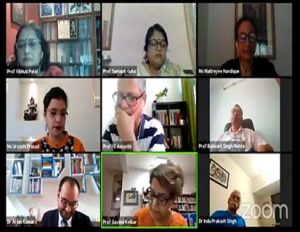 For example, there have been rise in the cases of domestic violence and intimate partner violence within households. Also, there has been an increase in the layoffs and loss of jobs for women in professional places. Women are finding their homes as spheres of anxiety and fear. Even before the pandemic, research had shown that progress towards gender equality had been slow across the world, there were large gender gaps in women’s employment caused by childcare burdens, inadequate employment, public and private spending on services like education, etc.

Globally, COVID-19 has adversely affected the livelihoods of both men and women, but it has been harder on women as compared to men. With this background, a lecture on Gender Implications of COVID 19 was organised by the Impact and Policy Research Institute (IMPRI) aimed at understanding the national and regional effects of COVID-19 on women.

Prof Vibhuti Patel, Former Professor, Advanced Center for Women’s Studies, School of Development Studies, Tata Institute of Social Sciences (TISS), Mumbai stated that in the past as well, gender implications of pandemics and epidemics had been hardly discussed. The term ‘social distancing’ was itself a highly controversial term, because it has a painful legacy of the caste system in India. Women workers have been disproportionately affected by job loss, reduced working hours, and bankruptcy. The data from 2000 to 2019 show a continuous decline of workforce participation of women in the Indian economy from 30.4 to 23.4 per cent.

Prof Patel also explained the gendered differences in the experience of COVID-19. Women who were employed had to juggle work from home and household responsibilities. As care work was stereotyped as a woman’s domain around the world, they tend to spend two to ten times more time on unpaid care work than men. In India, 94 per cent of women are employed in the unorganised sector, involved in work which lacks the dignity of labour, social security, decent and timely wages, and in some cases, even the right to be called a worker.

As reverse migration is happening,  not all migrant workers left for their hometowns. As there was a lack of public health services, they were doing community services like running community kitchens, looking after the sick and elderly as this was more economic in the times of lockdown. There was an increase in volunteerism to help the needy, especially from the students. They networked with the supply chains so that the essentials could reach the households. According to the Ministry of Health and Family Welfare, only 24.05 per cent of pregnant women and 17.47  per cent of newborns were registered between 1 April and 10 June.

We do not even know if the rest even survived or they gave birth at home or whether the new-borns received vaccinations and adequate medical care.

Also Read : Migration and the State Amid COVID-19

Prof Patel said that there has been a 24 per cent increase in the export of agrarian goods, but women are still not given equal wages. They are not even registered as workers or farmers. Women eat at last or eat the leftovers due to which they receive less nutrition. Reproductive health was completely neglected. During the lockdown, most of the private nursing homes closed down due to which highly inadequate public services have been treating COVID-19 patients. As a result, women’s access to reproductive and maternal healthcare has been severely hampered. Due to the lockdown, there has been a switch to online classes. More girls dropped out of schools and colleges and there was an increase in forced and under age marriages. NSSO has already revealed stark gender gaps in computing ability. Violence against women escalated due to social isolation.

Prof Samapti Guha, Professor and Chairperson, Centre for Social Entrepreneurship, TISS, Mumbai, highlighted that 9.09 per cent micro-enterprises are led by women in India. These enterprises are usually survival-type and not opportunity-driven in their working. This means they lack financial resources and even social capital because of societal pressure as they are usually based out of their homes. Most of them are not even registered so they do not have any credit history. She suggested that there should be skill training for women, not only for job employment but for self-employment as well. 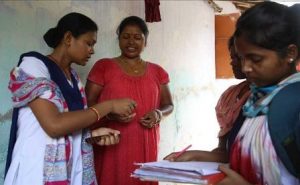 Urvashi Prasad, Public Policy Specialist, Office of Vice Chairman, NITI Aayog, pointed out that there is a need for a dedicated unit in the government, which collects metrics concerned with women. Gender is multi-faceted: it is about health, education, labour force participation, and attitude towards women. Apart from rolling our legislations and policies for women, we also need to focus on its implementations where we presently lack. There is a need to work on capacity building and knowledge management, and for a change in attitude towards women via campaigns.

Dr Indu Prakash Singh, Facilitator, CityMakers Mission International, pointed out that there was a lack of action from the union government towards the migrant crisis and in their way of managing the pandemic. He also stated that states which were open to civil society interventions fared well as compared to others.

Maitreyee Hanique, Senior Fellow, IMPRI, New Delhi, also highlighted the lack of data, as no attempts have been made by the government to provide gender-wise data of those who have been affected by COVID-19.

During a recession, women are the first to lose their jobs and also get less pay. The government even went ahead to dilute labour laws in the pandemic. The government has announced a host of initiatives which are detrimental to women’s concern and spirit of democratic government as a whole. Kudumbashree Programme in Kerala has been able to manage the COVID-19 crisis better, because women, in general, connect better with the community. There is a need for more women-focused legislations like MGNREGA, which does not differentiate in the wages between men and women.

Prof Govind Kelkar, Chairperson, Gender Impact Studies Center (GISC), IMPRI, New Delhi and Executive Director, GenDev Centre for Research and Innovation, Gurgaon, who also chaired this event, shared that there is a need for policies and programs to reduce the amount of unpaid care work. Only talking about the change will not help, we need to bring it in our practice so we need more studies and research on how to reduce this unpaid care work. She also said that employers or state-funded  provisions should provide child care and tax policies that encourage both personal and professional spheres of work of women. Women’s access to basic infrastructure is important, and they need to be trained in the technological front as India is moving towards the digital age. There should be interventions to address gender norms that would create awareness about women’s role in society.