GST may have been too big a compromise to make for uncertain benefits, believe eminent professors in the critique ‘GST Fiscal Centralism in Federal Polity’. 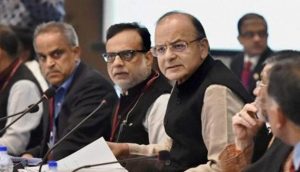 I s Goods and Services Tax (GST) the panacea for all taxation related ills? Although successive governments have projected tax reforms as the next big thing, GST has been the moot point of debates since the 1990s. The government first thought of a unified tax regime back in 1996, when the then finance minister introduced a slew of tax reforms in the form of MODVAT. There weren’t too many takers for the next taxation reforms, but as government coffers were flooded with added revenues, state governments did warm up to the idea of value-added tax. The implementation of GST, on the other hand, has been more enigmatic with the Indian law makers discussing the reform in one form or other over the past two decades. The first majority government since 1984, finally, implemented this regime last year, but that has not stopped the ivory tower to discuss the benefits or the fallouts from the current tax regime, also considered to be one of India’s largest.

GST is heralded as the biggest tax reform in the history of India, which would eliminate cascading taxes; increase tax revenue and create a unified market, providing a simpler and more efficient system. But Prof. C.P Chandrasekhar, in his article, argues that the compromised structure of the GST destroys any of its intended benefits. Instead, the exclusion of petrol and alcohol from the ambit would lead to a cascading effect. On the other hand, the introduction of multiple cesses and rates would complicate the system. Further, political commentator Prabhat Patnaik and JNU faculty member Chirashree Das Gupta contend against the efficiency argument provided in favour of the unified national market.

Though still in its nascent stages, the data that collected over a year since the implementation of GST can be used to analyse the criticisms against the policy as also a critique against those who have spoken against the tax regime.

The government has shown commitment over the past one year to simplify the structure by reducing the quantum of commodities placed under the higher tax bracket. Recently, the GST Council removed a number of commodities from 28 per cent bracket to the 18 per cent bracket. Although compensation cess has served as a dampener in the efforts, many believe that it was a must have to get states on the discussion table. Moreover, the early hiccups in the GSTN portal and e-way bill have also come in the way of a smooth transition from the old tax regime. 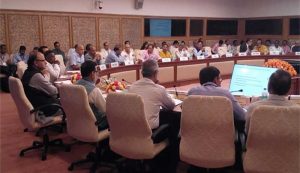 Despite the problems, the Economic Survey 2017-18 reported a ‘large’ increase in the number of indirect taxpayers after the introduction of the GST, thereby indicating a widening of the base. The survey reports that the unique indirect taxpayers have seen an increase of over 50 per cent. Also the homogenisation of rates across states has allowed companies to increase the supply chain efficiencies, thereby, increasing profits. The cumulative effect of all the factors along with the policy change has led to an annualised average increase of 10.83 per cent increase in indirect tax collection to Rs.10,78,620 crores. This falls short of the decadal annual growth rate of 14 per cent for indirect tax collections. The Centre has seen moderate gains owing to GST implementation, but state-wise performance has been dismal, which will hopefully be overcome with a compensation scheme. According to a press release by Ministry of Finance, the average revenue gap in states in the FY18 was 17 per cent, but has been coming down in the last eight months.

Patnaik believes that question that needs attention is not whether the states are better or worse off in terms of revenue, rather if states will be left with enough fiscal autonomy. He highlights that even if the GST Council includes 33 per cent vote for the centre and the rest falls in the hands of the states, under GST, states with the intention of paving a different path would no longer have the option as they will have to convince their partner states and the centre to attain a 75 per cent threshold to pass any decision in the council. The only recourse left to the state would be to expand its tax base by inviting private investment which Patnaik states as the ‘Gujarat Model’.

While economists have interpreted this as the begiining of an era of cooperative federalism, the regime has been open to criticism given the frequent hiccups it has faced in implementation. It was the concern of dilution of state autonomy which led the centre to temporarily remove petroleum and alcohol which constitute an average of 45-55 per cent of the state’s tax revenue collection. Therefore, an argument can be made on the ground that the states still retain majority of the control over its fiscal authority.

However, it is expected that petroleum and alcohol would also be subsumed under the system to achieve its projected goal of “one nation, one tax”. At such a point, whether the goal of a unified market reaps the rewards for the whole country that can balance the compromises made at the state level is an issue which would need further deliberation.