The investment in green hydrogen and its spread will lower its price and increase its share of the energy market, making the world less dependent on carbon-emitting fossil fuels.

The harnessing of new energy sources has fuelled technological advances and economic prosperity for mankind throughout history. The history of oil alone coincides with economic 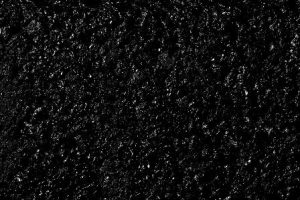 History and human prosperity will not end with oil and other fossil fuels since energy development and innovation inexorably continues. In the not too distant future, it may be “green hydrogen” that will displace “black gold,” or at least make the world much less dependent on fossil fuels.

Hydrogen power comes from water by using electricity to split hydrogen molecules from oxygen molecules and stored in liquid form. “Green” hydrogen is so labelled based on the source of electricity coming from renewable energy, rather than from fossil fuels.

Still, liquid hydrogen is not a natural energy source; it must be produced and stored using other energy sources. It not only remains costlier than natural gas, it is less efficient in that it produces one quarter of the energy per unit volume. Liquid hydrogen also is highly combustible and its storage requires compression to 700 times atmospheric pressure and refrigeration to 253 degrees Celsius, according to Michael Liebreich, a New Energy Analyst at BloombergNEF.

How realistic is green hydrogen as a future energy source? Follow the money.Environmental journalist Jim Robbins writes, a “green hydrogen energy rush is underway,” with investors, private companies and governments around the globe in pursuit. According to Grand View Research, the global green energy market is estimated to be valued at $787 million in 2019, and projected to grow more than 14 percent annually by 2027.

The European Union also is drafting plans to expand green hydrogen, including proposing that funds be used for electrolyzers and transport and storage technology.

In Germany, for example, along with other European countries, funding is being provided for electrolysis plants and other hydrogen infrastructure. In Spain the government in Madrid last month approved a ten-year, $10.5 billion plan to develop green hydrogen plants using renewal energy to produce and transport. Similarly, Great Britain last year approved a plan to invest nearly $15 billion to generate 4 gigawatts of offshore wind power to generate green hydrogen by 2030.

In Japan, a new green hydrogen plant just opened near Fukishima, which will be used to power fuel cells for vehicles and stationary sites. Then there is Saudi Arabia, which has been investing in green hydrogen to power future cities as part of its long-term plan to diversify its economy from being so heavily reliant on oil production. The company Air Products & Chemicals, a gas company based in the United States, for the last four years has been constructing a green hydrogen plant in Saudi Arabia to fuel the future city of Noem on the coast of the Red Sea. The source of the electricity in the Saudi project would come from wind and solar projects across the Arabian desert.

In the U.S., a green hydrogen power plant is being planned in Utah to replace coal-fired plants and produce electricity for southern California. The Los Angeles Department of Water and Power is contributing to the investment of the Utah plant. Also in California, the company SGH2 announced plans to build green hydrogen plant that will use waste gasification instead of electrolysis, which the company believes will be a less expensive means to produce green hydrogen.

Also Read : The Roadmap of Renewable Energy Development in India

The project will comprise 1,600 wind turbines and 78 square kilometers of solar panels to power 14 gigawatts of hydrogen electrolyzers.

Green hydrogen may not soon replace “black gold.” The cost remains comparatively prohibitive and renewable energy itself has limits in efficiency and placement options. Nonetheless, technology never stands still, and governments and industry around the globe are forging ahead.

(Note: This article was first published on www.cfact.org)

The writer, Senior Fellow at CFACT, has researched and advocated for a variety of policy issues, including education reform and fiscal policy. He writes for The Hill, New York Post, Washington Times and the Wall Street Journal. He can be contacted @ @PeterMurphy26