GST – The Tax Designed Beyond Distortions

The transparency in levy coupled with limited tax rates and exemptions will curb tax evasion that in turn creates a rise in the tax revenue of the country. 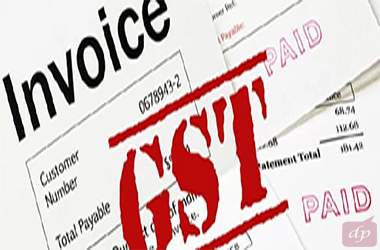 Tax systems in the world over have undergone remarkable changes during the last three decades as many countries across the globe with varying economic policies have undertaken major fiscal reforms. The WTO has also influenced the member countries in formulating tax policies meeting international trade requirements. The Government of India has responded to the internationalization of commercial activities with significant reduction in tariffs as part of its policy of economic liberalization. Presently in India, the Goods and Services Tax has introduced an integrated tax system for the entire country.

We have moved from the origin based system of taxation to destination based system and brought together taxation of goods and services under a uniform levy system. Adoption of harmonized system of nomenclature and removal of distinction between goods and services are aimed at creating transparency in the current GST law. Previously, tax was levied at differential rates on the total value of the goods. They were collected at each stage of production and consumption separately by the Centre and the States. This resulted in multiplicity of taxes causing cascading effect in taxation. But under the Goods and Services Tax system, tax is levied on the value added at each stage and it is a single tax, collected at multiple points with complete set-off facility for taxes already paid in the same value chain. Thus, the final consumer will only bear the GST charged by the last dealer in the supply chain with set-off benefits for all the previous stages. For transaction within a State, there will be two components of GST, viz., Central GST (CGST) and State GST (SGST) being levied on the value of goods and services. Both Centre and States concurrently share GST collected across the value chain. In case of inter-state transactions, Centre has the power to charge and collect the Integrated Goods and Services Tax (IGST). The IGST would approximately be equal to CGST plus SGST. This has provided better opportunities for restructuring supply chains to minimize tax burden and to prevent tax evasion through uniform tax rates.

Broad and distinctive set-off provision in GST for input goods and services would lower the cost of domestic goods and services. The minimal cascading effect of taxes is guaranteed by the system of continuous tax-credits throughout the value-chain regardless of state boundaries. Elimination of hidden costs and diminution in transaction cost in business would ultimately lead to enhanced competitiveness in trade. The single levy system spanned across states will help reduce the compliance cost and boost Indian exports. Consequently, the demand for Indian goods and services in the international market would be strengthened. With the set standard of uniform tax structures for whole of India, GST would make industries common and tax-neutral, irrespective of the choice of place of doing business. An active and all-inclusive Information Technology Infrastructure system is the foundation of GST regime in India. Thus, all services like registrations, classification, returns, refund and payments would be available to taxpayers online, ensuring compliance simple, obvious and effective. GSTN (GST Network) is a fruitful step in the direction of Digital India initiative aiming to increase digital connectivity and make governance more transparent.

Since GST is a consumption-based tax on the value-addition made in the goods and services at each stage of the supply chain, the providers of such goods or services can take input credit of the tax paid. Contrary to the existing tax system, cross utilization of credit is made available under GST. Reduction in the average tax burden on companies is expected to bring down price of goods and services. Minimal price enhances consumption and help the growth of domestic industries. Reduced production and consumption cost would eventually transform India into a manufacturing hub attracting foreign investors. A trade friendly investment climate will encourage exports and free flow of FDI into India. More so, GST aims to widen the tax base by bringing in small and medium enterprises and similar unorganized sectors under its purview. This helps stabilize domestic manufacturing sectors and encourage Indian products to compete in the world market in terms of quality and choice. India being a fast growing economy, the power to negotiate in foreign trade is a constructive move. Hence, the unified tax base will create a common national market giving a positive impetus to the campaign Make in India.

Under the GST regime, increase in manufacture and exports will create substantive economic growth with more employment opportunities even in rural India.

This will further help in poverty eradication and improving the living standards of rural population that forms nearly three fourths of the total population in the country. The effective channelization and proper execution of infrastructural development schemes play a pertinent role in the rural development and making India a single market in the true sense. The transparency in levy coupled with limited tax rates and exemptions would curb tax evasion that would in turn create a rise in the tax revenue of the country, which may be further utilized for developmental projects in the respective sectors. Also, the law stipulates corresponding reduction in price of goods and services when there is a tax reduction on account of uniform tax rates across state boundaries. Section 171 of the CGST Act states that any reduction in rate of tax on any supply of goods or services or the benefit of input tax credit shall be passed on to the recipients by way of commensurate reduction in prices.

Effective implementation of law is the crucial task to solve transitional hazards in the tax reforms. The Goods and Services Tax (Compensation to States) Act provides for compensation to states for any loss in revenue due to the implementation of GST. Likewise, transitional provisions under CGST Act maintain the applicability of existing law on indirect tax as far the applicable provisions are concerned. As in other countries, post implementation hassles are present in India also. For example, major economies in the world like those under the European Union have overcome the initial implementation bottlenecks through the joint efforts of various state agencies involved in tax administration. Likewise, a vigilant revenue administration under the integrated tax system can render positive results. Awareness programmes at the grassroots level by the Municipalities and Panchayats with active participation of revenue officers can clear doubts in the minds of common people and create confidence in the new tax regime. Thus, taking a positive approach one can undoubtedly say that India’s GST bring in promises, reforms and opportunities, everything under one umbrella.

Dr Jaya Vasudevan Suseela, PhD is a Humboldt Fellow, Heidelberg University, Germany. She can be reached on twitter @vasudevan_jaya