How Does Jitin Prasada’s Defection Impact the Congress?

The senior Congress leader joined the BJP on Wednesday, only a few months before the UP Assembly Elections.

The defection of Jitin Prasada, a ‘young turk’ of the Indian National Congress, to the Bharatiya Janata Party 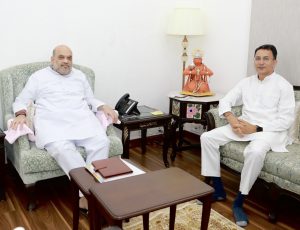 on Wednesday has raised a series of questions over its impact on the former’s performance, especially in the upcoming Uttar Pradesh assembly elections.

Prasada, who has been a party member since his early 20s, has been close to the young leaders of INC- Rahul Gandhi and Priyanka Gandhi Vadra. He fought his first elections from his hometown constituency of Shahajahanpur, Uttar Pradesh in 2004, and managed to score a seat in the Lok Sabha. He also won a seat from the Dhaurarha constituency in 2009. In the ten years of the Manmohan Singh-led United Progressive Alliance government, Prasada shuffled through several ministerial portfolios, including Steel, Petroleum & Natural Gas, Road Transport & Highways, and Human Resource Development. He served as the Minister of State.

It is in the background of such a portfolio that his defection to BJP, only a few months before the code of conduct UP elections is put in place, came as a shock to many.

Prasada joined the BJP at the party’s Deen Dayal Upadhyay Marg headquarters in New Delhi and was welcomed by Union Railways Minister Piyush Goyal. “He will have a major role in Uttar Pradesh politics in the future. He is someone who is connected to the ground realities and is a popular leader in the state,” Mr Goyal said, minutes before adorning the new member with a heavy garland and offering him the party membership slip.

“I have taken this decision with a lot of deliberation keeping in view all the aspects, in interests of my district, state, and the country and to safeguard interests of the people. I have a three-generation connection with Congress but in the last 8-10 years I have felt that if there is one party that is truly national, it is BJP,” Prasada said upon joining the party.

While many BJP veterans, including Union Home Affairs Minister Amit Shah, UP Chief Minister Yogi Adityanath, and MoS Finance Anurag Thakur, among several others, welcomed the former Congressman with words of adoration, those in the INC expressed their disappointment openly.

Congress MP and Leader of Opposition in Rajya Sabha, Mallikarjun Kharge said, “Jaane wale jaate rehte hain (those who want to go, will go). We can’t stop them. It was his decision, he also had a future in the Congress Party. However, it is unfortunate.” For the INC National Spokesperson Supriya Shrinate, the event was a “personal disappointment.” She further added that this is a mark of opportunistic politics. Most statements from Congress party members agreed that his defection would have an impact on the UP elections.

Political experts say that Prasada may become a ‘Brahmin’ face for the BJP in Uttar Pradesh, primarily the central belt, which can lead to a greater caste-based consolidation for the elections next year.

His joining also comes at a time when news of internal contention amongst national and state (UP) heads of the BJP is surfacing. The state has been abuzz with transfers of different leaders.

Yogi Adityanath, who was selected as the chief minister candidate at the last moment after the 2017 state elections, is allegedly perceived as a politician biased towards the ‘Thakurs’ of UP. This has also been aided by the killing of Vikas Dubey in police custody, a UP gangster who hailed from the Brahmin community.

Hence, Prasada’s ‘Brahmin’ face may prove to influence the Brahmin community in the state, which makes up for a 12% vote share in the state elections.

Rita Bahuguna, a former Congress party leader who defected to BJP in 2017, however, said, “This is a divisive narrative. We already have several Brahmins in high ranking positions. Several politicians, including myself, left the Congress because it has lost direction. It has failed to remain relevant in today’s politics.

Shreds of evidence of Prasada being upset with the INC leadership have also been visible. Twenty-three INC politicians last year submitted a letter of dissent to the chief leadership of the Congress and demanded changes in the party functioning. The signatories included Shashi Tharoor, Manish Tiwari, Gulam Nabi Azad, and Prasada, among others. Reportedly, Prasada was also going to leave the party in 2019 after the major electoral loss suffered by INC in the national elections, but was stopped short by Jyotiraditya Scindia, who himself defected to the BJP last year.

“Both Scindia and Prasada were amongst the most eloquent voices against the BJP and the dangers its communal bigotry posed to the India they cherished. Today, they are both happily sporting the colours of the party they once reviled more than any other,” Congress MP Shashi Tharoor commented, and said that politics today has become more about personality than ideology. Senior Congress leader Harish Rawat added, “Jitin Prasada joining BJP is like a big slap on our face.”

Prasad comes from a lineage of Congress loyalists. His father, Jitendra Prasada, worked under Sonia Gandhi, and is considered to be one of her closest political aides. However, he also took his chance to express dissent against the ‘high-command’ when he stood up against Mrs Gandhi in the party-head election. While he lost the election, he did spend years under Mrs Gandhi as the deputy head.

National Spokesperson of the INC, Tehseem Poonawalla said that while it is true that Prasada’s defection will impact the party’s performance in the UP elections, it is incorrect to say that the party will be ‘completely finished.’ “We wish him luck for his endeavours, and we hope he continues to work for the state and the country, but we will not support the narrative that claims the death of Congress due to this defection. These things keep happening,” he added.

However, many are also questioning if the move will have any impact for the BJP at all. While the event has helped the BJP bring forth the image of a battered-up INC, Prasada’s poor performance in the last two elections has raised questions about his hold over the state. Prasada has lost two subsequent LS elections from the Dhaurahra seat, and also the 2017 assembly polls