Leader of Opposition in the Lok Sabha: Congress Not Keen to Claim

Modi regime will be marked in the history along with Nehru-Indira-Rajiv regimes for denying a democratic and statutory post of LoP to the opposition.

The Congress Party is shying away from claiming the post of the Leader of Opposition (LoP) in the Lok Sabha. The Lok Sabha is without a LoP for more than 15 months now. 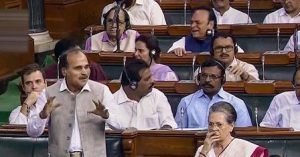 In the 16th Lok Sabha, Speaker Sumitra Mahajan declined the Congress claim for LoP by invoking the 10 per cent rule and also citing some past Speaker’s directions and precedents. In the 17th Lok Sabha, Speaker, Om Birla is also dogged to maintain the status quo of not having a democratic and statutory position of LoP. Nevertheless, it has been well established and commented by several experts that there is no such rule as 10 per cent of membership requirement for LoP. The post of LoP is in fact a statutory position, and it is mandatory.

However, the entire issues of refusal of LoP in the 16th Lok Sabha by the then Speaker Sumitra Mahajan was apparently for three reasons—firstly by invoking 10 per cent rule, secondly by past Speaker’s Directions, and finally by propagating the past precedents.

Firstly, it is obvious that the 1977 Act does not talk about any 10 per cent membership strength for LoP. The Act undoubtedly prescribes that the numerically largest party in Opposition, which can claim to have a recognised post of LoP.

At present, the Congress Party with 51 members can legitimately or ‘statutorily’ claim the official post of LoP in the Lok Sabha.

It is therefore, the Congress Party has to write to the Speaker of the Lok Sabha for the post. The Speaker is ‘statutorily’ bound to recognise the LoP.

Secondly, an ambiguity was created by the Speaker’s General Direction 121 (conditions for party/group recognition in the parliament). Direction No. 121(c) requires one-tenth of the total number of members of the House as a requirement for the recognition of a party/group as opposition in parliament. However, it is to be noted that the recognition of party/group according to the Directions had obviously changed after the enactment of the Tenth Schedule of the Constitution or widely known as the Ant-Defection Law, 1985, and also by the amendment in the Representation of People Act in 1988, which mandated for the compulsory registration of political parties. After the passage of these laws, such directions, precedents and practices related to the recognition of parties have become redundant. Parliamentary systems follow directions and precedents till the enactment; as soon as these are codified into law, such precedents and directions ceased to be operational. Hence it is clear that the Speaker’s Directions cannot override or contradict the existing laws. 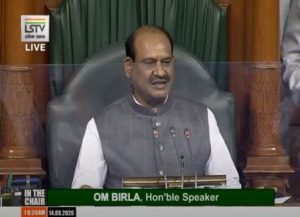 Finally, the reason for refusing the post of LoP by the Speaker to the Congress Party is followed by some past precedents. It is here the Congress Party seems to be reluctant or shying away from claiming the official post of LoP. In 1980 and 1984 (7th and 8th Lok Sabha), during the Congress majoritarian governments led by late Prime Ministers, Indira Gandhi and Rajiv Gandhi respectively, LoP was not given to the Opposition.

What is more interesting to know is that the Congress Party is yet to make an official demand for the post of LoP in the 17th Lok Sabha. It is unclear and a matter of concern that why the party is not keen to claim the official post of LoP till now. This author, after the publication of a research article in the Economic and Political Weekly in August 2019, wrote to Rahul Gandhi’s office and promptly received a reply from K. Raju, a former bureaucrat and secretary of UPA’s then National Advisory Council (NAC), head of Gandhi’s core team, telling that he would raise the issue with the concerned leaders in the party. However, thereafter no actions seem to have been taken till now.

Although we adopted Westminster parliamentary system, the official post of the LoP was missing during Nehru’s period.

First officially recognised LoP in the Lok Sabha was Ram Subhag Singh of the Indian National Congress (Organisation), after the ‘great’ split in the Congress Party in 1969 (Fourth Lok Sabha). Again, LoP was missing during 1970-77, during Indira Gandhi’s regime in Fifth Lok Sabha. There were only 11 leaders who occupied the official post of LoP in the Lok Sabha to date: Yashwantrao Chavan and CM Stephen of INC, Jagjivan Ram of Janata Party, Rajiv Gandhi, L.K. Advani, Atal Bihari Vajpayee, P.V. Narasimha Rao, Sharad Pawar, Sonia Gandhi, and Sushma Swaraj.

For the Congress Party, the reasons for not to claim a legitimate post of LoP is unclear, and make them more vulnerable opposition. This also reflects the extension of the party’s leadership and internal crises at the core. The Congress must understand the significant role and responsibility of the LoP, and how an ‘effective and able’ LoP can play the spin masters’ role in the parliament and thus lead to the election. Just an example how the BJP’s LoPs—late Sushma Swaraj and Arun Jaitley were with their matchless performance in parliament during UPA regimes.

On the other hand, for the NDA government, Modi regime will also be marked in the history along with Nehru-Indira-Rajiv regimes for denying a democratic and statutory post of LoP to the Opposition.