In the last 30 months, Odisha has experienced the rage of six cyclones. The latest cyclone, Yaas, hit the state but adequate disaster management helped limit the death toll to only 3 people.

The Indian state of Odisha houses 46 million people and is called India’s Disaster Capital. It has been a 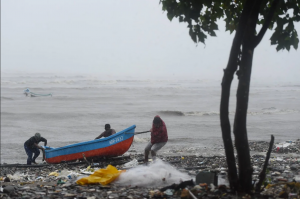 In the last 30 months alone, Odisha has experienced the rage of six cyclones. The latest cyclone Yaas hit the Kendrapara, Bhadrak and Balasore districts of Odisha but, with able management, the death toll was limited to only three people. The method and efficiency with which Odisha tackles cyclones is commendable. Odisha went from a death toll of 10,000 in 1999 to just 3 in the recent Cyclone Yaas.

The United Nations Office for Disaster Risk Reduction (UNDRR) works for averting risks at the times of calamities. UNDRR’s Chief Mami Mizutori has lauded Odisha’s capability of saving lives with its able disaster management. This isn’t the first time Odisha received praise for its disaster management. Earlier the state received praise for handling Cyclone Phailin in 2013. The credit for the above praises comes from Odisha’s robust and world class Disaster Management Procedure which has made the state capable of tackling severe cyclones with deaths confined to single digits only.

Also Read : Cyclone Tauktae Ends Its Reign of Terror; One Down, Many More to Go

In 1999, the Indian Meteorological Department (IMD) was able to give out cyclone warnings three days prior to the cyclone’s arrival at Odisha’s coast. Now the warning comes five to six days prior. This gives the authorities 48 more hours to prepare and implement their plans. In 1999, the entire state owned only 23 cyclone preventive shelters with an accommodation facility catering to only 30,000 people. This is in a state where the population is 4.6 crore.

These shelters nor the local panchayats stored a decent quantity of basic rations and necessities like rice, pulses, or kerosene. Previously, the coast of Odisha did not have many pucca houses. But today the coastline is dotted with pucca or concrete made houses. This was made possible because of state welfare schemes like Biju Pucca Ghar Yojana and Mo Kudia, along with Central government schemes like Pradhan Mantri Grameen Awas Yojana. Such shelters are more resilient to harsh weather.

The renowned and praised model capable of tackling severe disaster is built upon the participation at community level in an effective decentralized way. Odisha has 16 district-level disaster management committees who reach out to 155 block-level committees, which in turn reach out to 22,000 village-level disaster management committees. Each community has its own safe and multi-purpose shelters made under the National Cyclone Risk Mitigation Project. There are 800 such shelters and they are built on the recommended design by IIT Kharagpur. Built on high stilts, they have open ground space with the residents on the first floor to prevent any casualties even during high sea surges or water-logging.

It also has a community-level warning system or Early Warning Dissemination System implemented along its 480 km-long coast. Currently, more than 1200 villages spread within 22 blocks of Odisha’s coastal districts are covered by EWDS. Adding on to it are the watchtowers spread in 120 plus locations that warn the adjoining area with sirens as a form of mass messaging made possible by the press of a single button. The first to hear the announcement of cyclones are the fishermen. As soon as the cyclones start to build in the Bay of Bengal the fishermen are advised to keep clear.

ODRAF has 20 units of specialized and trained personnel that are capable of tackling multiple disasters like cyclones, floods and even nuclear disasters. Along with skill the units are equipped with 66 sophisticated disaster management equipment. This includes a road cutter, medical kit, ambulance, generator and more. The village-level Cyclone Management Centre has the Sarpanch as the president. In these centers training is provided to volunteers along with equipment to deal and manage disasters. A recent decision of the government is to add disaster management as part of school and college curriculum. The idea is to transform kids of Odisha into ‘Yodha’ (warrior) by lending knowledge and infrastructure to save lives.

Management worked Wonders during the Pandemic

The first COVID-19 case in this state came on 15th March, when a student, who had recently returned from Italy, tested positive. Till 21st April 2020, the state had only 79 positive cases with only one person dying. The low number of cases were due to the state’s low positivity rate. Compared to the national average of five percent, Odisha’s was just 1.08 percent. This was possible because of the state’s knowledge in managing crises.

With the available network of government buildings and cyclone-shelters, many were turned into quarantine centers and relief centers for patients and migrants. A special committee was formed with ministers and bureaucrats to administer the smooth functioning of the supply chain of essential commodities. The management chain made up of district and local communities were alerted and prepared for the new challenge.

Odisha’s Chief Minister mentioned the problems the state will face due to rising climate change and its devastating effects. “Even before the start of the 5th term of this government, we had to face the challenge of Cyclone Fani in May 2019. Since then, over the last two years, we have been continuously dealing with the devastating impact of the cyclones,” said CM Naveen Patnaik. The state has mastered saving lives of people but falls short in post-disaster management. Large damages are observed in key sectors like agriculture, animal husbandry and fisheries.

When Fani hit Odisha, the power sector observed damage worth ₹8,138 due to destruction of its power lines and electrical towers. The cities of Puri, Bhubaneswar and Cuttack saw 80% loss in mobile connectivity of millions of users including government officers and first responders. The Odisha State Wide Area Network meant to connect 30 district headquarters and 284 block headquarters also failed to maintain connectivity. Despite severe destruction in property, the Odisha model of disaster management was able to save the lives of many people while facing nature’s fury.