As the country is moving towards the vision of New India and Atma Nirbhar Bharat, urgent thrust on the concerns as well as aspirations of youth would be of utmost significance for inculcating and strengthening Atma Vishwas.

Every year 12th August is celebrated as the International Youth Day (IYD) to raise awareness about the challenges and problems faced by the youth. It was first observed in the year 2000. 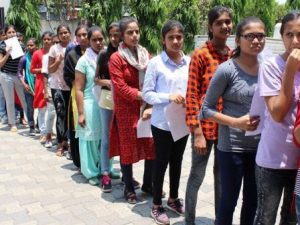 IYD aims to endorse ways to engage youth towards active participation for accomplishing affirmative contributions to their association. The theme of the IYD 2020 is ‘Youth Engagement for Global Action’. It seeks to highlight the ways in which young people at the local, national and global levels are enriching national and multilateral institutions and processes, as well as draw lessons on how their representation and engagement in formal institutional politics can be significantly enhanced.

As per UN population prospects, the youth population (15-29 years) globally stands at 1.8 billion in 2020. Out of the total youth in the world, every fifth (20 per cent) resides in India (366 million) reflecting the importance of this segment of people in the country. Youth are faced with many challenges, and the one of the most serious one is growing number of idle youth, i.e., not in employment, education and training (NEET). On this IYD, it is important to analyse the magnitude of NEET youth, which are tend to experience varying degree of social and economic marginalisation, and more likely to be left behind from mainstream development. The Sustainable Development Goals (SDGs), 2030, adopted by the United Nations in 2015also set the agenda specifically for target 8.6, which calls for the proportion of youth with NEET status to be substantially reduced in the next 15 years.

Global Employment Trend for Youth 2020 noted that there has been a continued decline in the participation of youth in labour force across countries. The population of youth has increased from 1 billion to 1.3 billion in the period between 1999 and 2019, but the number of youth engaged in the labour force (either employed or unemployed) has seen a decrease from 568 million to 497 million during the same period. The most disturbing pattern of youth globally, one in every five (20 per cent) youth, and 30 per cent of the women and 13 per cent of men—those aged between 15 and 24 (international definition of youth)—are currently classified as NEET.

In total, 267 million out of 1.3 billion youth worldwide were neither gaining experience in the labour market, nor receiving income from work, nor enhancing their education and skills—suggesting that their labour remain under-utilised.

The positive development has been the growing enrolment of youth in secondary and tertiary level of education, which has resulted in better-skilled employees and proliferation of decent employment in many countries. However, the Periodic Labour Force Survey (PLFS) for the period 2017-18, reported a significant increase in unemployment rates for the youth segment of the population. A more serious concern is the increasing joblessness among educated youth (15-29 years), which went up nearly three times from 6.1 per cent in 2011–12 to 17.8 per cent in 2017-18. In particular, the technical degree holders have been noted to fare the worst with their unemployment rate at 37.3 per cent, closely followed by those who are post–graduate and above (36.2 per cent), graduates (35.2 per cent), and youth with formal vocational (33 per cent). For young women, the unemployment situation is grave in terms of labour force participation as well as unemployment. Women are moving out of the labour force in greater numbers, but among those who remain in the labour force, unemployment rates are higher than those among men. This holds true even for women who are educated or have received training, and has worsened during the prevailing COVID-19 pandemic.

One would imagine that the young population with ‘industry-relevant’ formal vocational training would have better job prospects. However, only 1.8 per cent of the population reported receiving formal vocational/technical training in 2017-18 with youth comprising more than half of the people who received formal vocational/technical training, which is in sharp contrast to 50–80 per cent in developed nations. Around 33 per cent of the formally trained youth was unemployed in 2017–18. Nearly a third of trained young men and more than a third of trained young women were unemployed. Among youth who did not receive such training, 62.3 per cent were out of the labour force. Further, the growing number of NEET is also posing a serious challenge, as number has increased from 70 million in 2004-05, to 116 million in 2017-18.

The government has increasingly been wary of this and has taken steps to deal with this growing challenge. In the recent years, government has launched Skill India campaign, which includes an array of initiatives under its purview to bridge the gap between lack of skill training and joblessness. A key initiative under the campaign is the Pradhan Mantri Kaushal Vikas Yojana (PMKVY) scheme, Skill India, National Apprenticeship Promotion Scheme, and so on. The PMKVY was envisioned to impart employable skills and help the youth in securing better livelihoods. Although the PMKVY intends to provide training free of cost, most of the youth who have received formal training have had to personally bear the cost of training. The PLFS (2017–18) data show that only 16 per cent of the youth who received formal training were funded by the government. Around 73 per cent of the trainees underwent full-time training.

It was apparent as early as 2016 that there are several issues with the initiative when a government appointed committee to rationalise Sector Skill Councils (SSCs) and improving ‘Skill India’, which was led by Mr. Sharda Prasad found that the programme’s targets were too ambitious. Additionally, it was found that the spending of the funds allocated for the programme were not subject to adequate monitoring mechanisms. On a whole, most youth still remain outside the ambit of formal training and many of those who are able to personally finance themselves in order to undergo months of vocational training remain jobless. The subsequent decline in budgetary allocations for PMKVY is an indicator that the government itself is not convinced with the working of the scheme.

In sum, as argued by economists and researchers that if the ‘youth’ is properly skilled and absorbed in the labour market; it can contribute to higher economic growth of the country. The country is going to continue having a larger youth population for the next two decades, which poses an imminent challenge as well – of leveraging the potential of the abundant human resource. However, the increasing unemployed and NEET or Idle youth is posing some serious questions on higher education, skill development, demographic dividend and India’s future. There are other concerns of quality of jobs, decent work place, upper mobility, wages, aspirations, competition accrued by limited supply of new jobs, contractual nature of job, mental health, and creation of opportunities of entrepreneurship and fostering innovations among the young minds. Amidst the COVID-19 pandemic, as the country is moving towards the vision of New India and Atma Nirbhar Bharat, urgent thrust on the concerns as well as aspirations of youth population would be of utmost significance for inculcating and strengthening Atma Vishwas.

Words are Silver, Silence is Sonia