Protecting and nourishing India’s human capital against all odds needs investment using integrated nutrition and health across life course to attain a well-nourished, nurtured and productive population for years to come.

COVID-19 did a lot of bad things, but one good thing is that food and immunity discussions became an important topic in everyone’s lives. One can’t stress this enough—right from womb to tomb, 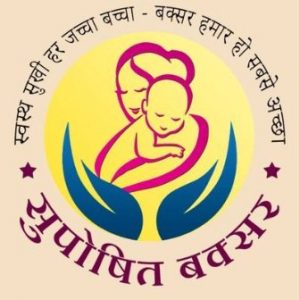 nutritional needs need to be looked after for a productive healthy life—India loses about 4 per cent of GDP (gross domestic product) to malnutrition. But still less than 1 in 10 children get adequate nutrition. India tops most charts when it comes to co-existing multiple forms of malnutrition across all age groups.

Research findings also indicate that there may be multiple sensitive periods depending upon the domains of development assessed.

Systematic follow-up interventions are needed to maintain the gains resulting from early interventions. For example, the first 3–5 years of life (including the prenatal period) appear to be a sensitive time window for ensuring adequate nutrition to promote brain development, for promoting consistent, responsive, sensitive parenting, for promoting social-emotional competencies and for providing cognitive stimulation to promote school readiness.Adolescence is yet another sensitive phase, where the benefits of healthy eating and stimulating environment may go a long way in future productivity and success. Adolescents often have chaotic eating patterns that do not conform to dietary recommendations. This gets further exacerbated by high amount of screen time (reduced physical activity). Some studies show that fewer than 2 per cent of adolescents consume adequate amounts of all the food groups, and almost 20 per cent of females and 7 per cent of males do not consume an adequate number of portions of any of the food groups. The vast majority of adolescents eat too much fat and saturated fat and too few vegetables and fruits. Research findings reaffirm the substantial risks that adolescent pregnancy poses for maternal and newborn outcomes. One in six people are adolescents – thus ensuring their health and well-being is of paramount importance to achieving the Sustainable Development Goals (SDGs). Studies have shown that balanced healthy diet during adolescence has the potential to mitigate nutritional deficits generated during the first decade of life, to break intergenerational cycles of malnutrition, and to alleviate multiple forms of malnutrition. 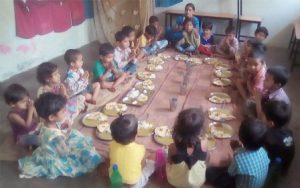 attention to harness this dividend will be essential. Malnourished adults are more likely to have poorer health outcomes, longer hospital stays and increased mortality. Thus, apart from the evident personal costs, the economic burden of disease-related malnutrition is significant, and effective preventive strategies to promote good nutrition and optimal brain function are needed. Nutrition evidently plays a role in the ageing process.Research in this area has been intensive during the last decade, and results indicate thatsubclinical deficiency in essential nutrients (antioxidants such as vitamins C, E andb-carotene,vitamin B12, vitamin B6, folate) and nutrition-related disorders, as dyslipidemia hypertension, and diabetes could be some of the nutrition-related riskfactors, which can be present for a long time before cognitive impairment becomes evident.

Nutrition-specific interventions alone are not enough and need to be supported by a combination of nutrition-sensitive and enabling environment efforts. Inextricable links between public health nutrition and education, agriculture, environment, equity, water, hygiene and sanitation, development exist and need to be recognised more prominently.

However, an important decisive piece will be joint multi-sectoral action for a holistic outcome. The PM proposes early age of marriage, keep girls in school and for longer time, malnutrition reduction among our vulnerable populations, especially children and pregnant lactating women, provisions like one ration card, Food Security Act, enhanced packages in social safety nets during disasters, the most recently announced National Digital Health Mission, etc.– all these are really welcome moves. But our concern is that isolated pieces may not have the desired far reaching and long-lasting impact. We urge that the ministries with public health in their mandate directly or indirectly must sit together and mull over a suitable feasible and pragmatic interventions. If not already tested, research should be carried out and scaled up as necessary.

India can minimise all bureaucratic processes and expedite progress when required, for instance, COVID vaccine. This RashtriyaPoshanMaah, we pledge to renew and revive our commitment to improving public health nutrition in India. This is equally important if not more to ensure country’s ambition to become a Swastha Suposhit Swachh Superpower Bharat, optimally utilising its demographic dividend. Strengthening defense for protection from enemiesat all odds by investing in Rafale fighter planes is well understood by our leadership. Using that analogy, we argue that protecting and nourishing India’s human capital against all odds needs investment using integrated nutrition and health across life course to attain a well-nourished, nurtured and productive population for years to come.

The writer is Head, Nutrition Research and Additional Professor, PHFI. The views expressed are personal.
@shwetaPHN