A report released by IPCC concludes that the world needs to come together to tackle climate change. 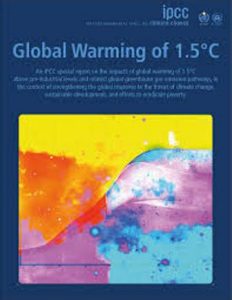 The zeal to address the challenges of climate change has been exemplified best by the likes of India and France and 119 other countries, which have ratified the International Solar Alliance, while the resolve of US to overturn decades of work on the issue of climate change has presented the worst that the world could see. Being one of the major emitters of greenhouse gases and leaders in green technology, US, by pulling out of global climate accords, has dented hopes of a better and cleaner world.

Recognising the importance of work on climate change, recently, the Royal Swedish Academy announced one of the highest honours in Economics – the Nobel Prize for Dr. William Nordhaus ‘father of climate change economics’, while Brazil inched closer to electing a President, who is talking of pulling out of the Paris Climate Accord.

“Co-operation is a fickle game, and the actions of few can endanger the future of many. A report released by “Intergovernmental Panel on Climate Change”, amidst this humdrum shows that the situation may turn worse sooner than we can imagine.”

Although efforts on addressing climate change have been in existence since the 1960s, it was only in 1997, that the world agreed on the model of common but differentiated responsibilities under the Kyoto Protocol. The framework, true to its model, placed a greater burden of commitments on developed countries, while exempting developing countries from harsher protocols. However, the binding commitments, on the one hand and the exemptions on the other, did not play well with the Global North and the Kyoto Protocol failed to deliver any meaningful results.

In 2015, learning from past experiences, 196 countries, decided to build a climate change prevention framework on the principle of ‘reciprocity’ with each country deciding on the pace of greening by submitting their ‘Intended Nationally Determined Contributions’(INDC). Some lauded the ‘soft diplomacy’ approach which could eventually lead to stronger commitments but as the IPCC report states, the world needs immediate action as we are bound to face the harsh effects of climate change sooner than what was predicted earlier.

The Paris Agreement is aimed at ‘holding the increase in the global average temperature to well below 2°C above pre- industrial levels and pursuing efforts to limit the temperature increase to 1.5°C’.

“However, the report highlights that warming of 1.5°C would lead to major differences in regional climate characteristics, global mean sea level and marine biology, which in turn would have its own chain effects. These effects, as the report states, would be exacerbated in the case of increase of 2°C above pre-industrial levels.” 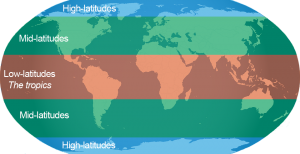 Moreover, the loss of ice sheets in both Antarctica and Greenland, as a consequence of global warming, would result in an increase of 0.26m-0.77m in the global mean sea level, causing risk of flooding, saltwater intrusion and damage to infrastructure of small islands and low lying coastal areas. The report states that India along with Bangladesh, China, Egypt, USA, Indonesia, Japan, Philippines and Vietnam are home to 50 million people who will be exposed to the effects of increased coastal flooding by 2040, if global warming is restricted to 1.5°C.

“In the event of global warming of 2°C, the global mean sea level would be 0.1m higher, which the report states would globally expose 10 million more people to the devastating effects.”

As the climate-related risks to health, livelihood, food security, water supply and economic growth increase with global warming, the report warns that the local communities dependent on agriculture, indigenous people and other vulnerable communities would face the brunt of these changes if the countries do not immediately proceed on the path of adaptation. Moreover, it is stated that the higher temperature limit of 2°C would increase the number of people exposed to climate risks and poverty by 62-457 million.

The report on the question of how close we are to this eventuality, states that we may face the effects sooner than earlier predictions. The report states that by the decade 2006-2015, human activity had warmed the world by 0.87°C compared to pre-industrial times (1850-1900). If the current warming rate continues, the world would reach human-induced global warming of 1.5°C around 2040. Moreover, continuing on the same path would result in warming of 2.0°C by 2060.

“Limiting warming to 1.5°C, the report said, would require that greenhouse pollution be reduced by 45 percent from 2010 levels by 2030, and 100 percent by 2050. This could be achieved through energy demand reductions, de-carbonisation of electricity and other fuels, deep reductions in agricultural emissions, and some form of CDR (carbon dioxide removal) method.”

In India, though the use of renewable energy sources particularly, wind and solar energy has seen a major push, the country still remains heavily dependent (56 per cent) on coal for its electricity generation needs as compared to only 20 per cent dependence on renewable energy sources. Continued dependence on fossil fuels would need to be complemented with CCS (carbon capture and storage) technology, but for a developing country like India, it is uncertain if the measure would be economically viable.

As the report highlights, implementing a 1.5°C pathway would not necessarily compromise its development outlooks. Instead, a sustainable development pathway could shield the country from the impending transformations in the climate and make adapting easy for the disadvantaged.

Despite the warnings, the possibility of global co-operation is remote. The authors of the report, reflecting on the global political climate, themselves admit that it is politically unlikely that countries would act in tandem to achieve the goal of restricting global warming to 1.5°C. It is highly likely that the world overshoots the target of 1.5°C towards 2.0°C and then embarks on damage control using CCS methods to reverse the effects. However, the report points out that climate change to this level would already have left permanent and irreversible impacts on the globe.