In a populous country like India, integration of Intermediate Public Transport (IPT) with the mass transit systems is essential considering the steep rise in demand and the haphazard growth of the urban transport sector in India. 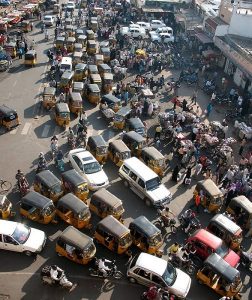 The growth trend of urban transport systems in Indian cities is predominantly private vehicle-oriented. This is a direct result of the excessive demand for transport services and the inability of the public transport system to cater to this growing demand. At this juncture, the focus should be on developing an effective transportation model by integrating public and private transport systems, thereby enabling them to cater to present as well as future demand.

Even though most cities have various mass transport systems, there is a lack of first and last-mile connectivity. A commuter is dependent on Intermediate Public Transport (IPT) systems (also known as para transit) such as autorickshaws and taxis to reach the nearest mass transit system. Thus, IPTs form the backbone of the transportation system in most cities in India.

IPT modes can be broadly classified into two types – Contract Carriages and Informal Public Transport. Contract carriages are demand-based services where the origin, destination and routes are flexible. Informal public transport refers to shared fixed route services with multiple stops in between the origin and destination, which also includes stage carriers. 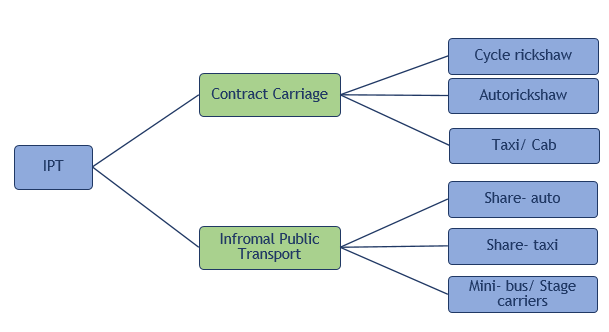 The contract carriage services primarily comprise autorickshaws which are a common and preferred mode of transport as they are easily available, provide door to door connectivity, and convenience over public transport services. They also play the role of feeder systems to mass transit systems.

As per the Act, contract carriages are motor vehicles which carry a passenger(s) for hire or reward for a fixed rate on a time basis from one point to another without any stops in between. Stage carriages are motor vehicles for hire or reward plying on a fixed route, carrying more than six passengers, at separate fares for the whole journey or part of the journey, e.g. – minibus. 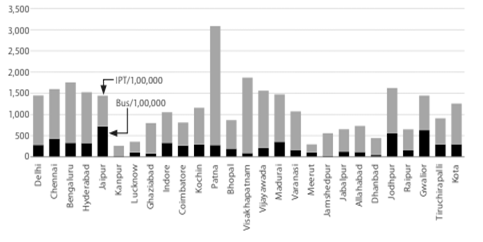 In a populous country like India, integration of IPTs with the mass transit systems is essential in improving the sustainability of urban transport systems, which form the lifeline of urbanised India. It is important to acknowledge the steep rise in demand and the haphazard growth of the urban transport sector in India.

The National Urban Transport Policy (NUTP), 2014, has recognised the crucial role played by para transit in the urban transport sector of India. It defines para transit as one that caters to occasional trips or emergency trips where it is not possible to wait for public transport, and which would not normally be used for regular commute trips, except when the quality of public transport deteriorates, which is the reality in many cities at present.

Acknowledging the role of IPT has been the first corrective step towards an efficient, effective, unified and integrated urban public transport system. The transport sector is a growth industry and planning ahead is the only way to move forward. A holistic approach to public transport systems is hence the need of the hour.
(This is the second article in a three-part series on Intermediate Para Transit.)

(The writer is a Research Intern at Centre for Public Policy Research, Kerala. This story is part of content collaboration with the CPPR, Kochi.

The writer is a Research Intern at Centre for Public Policy Research, Kerala. This story is part of content collaboration with the CPPR, Kochi

Dalits need to come out of ‘victimhood’ to ‘victoryhood’: Dr Sanjay Paswan

Migration and Refugee Crisis: Revealing the hypocrisy of Europe