Jaipur Lit Fest is back with a science focus

The 2019 edition of the annual festival has a special emphasis on science, genetics, astronomy and astrophysics, Artificial Intelligence (AI), and what the future holds for the planet. 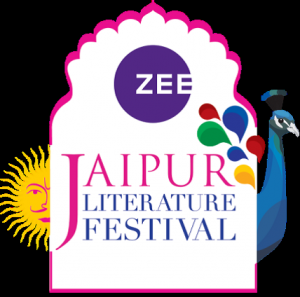 Nobel laureate Venki Ramakrishnan will be part of the literary festival ZEE Jaipur Literature Festival in Jaipur. He will be delivering the Keynote Address: The Role of Science in Today’s World and will also be in the session Gene Machine and the Culture of Science which will focus on his scientific voyage, and the human side of science, including blunders, egos, competition and collaboration.

The 2019 edition of the annual festival has a special emphasis on science, genetics, astronomy and astrophysics, Artificial Intelligence (AI), and what the future holds for the planet.

To be held from January 24 to January 28, the festival is back at Jaipur’s Diggi Palace Hotel with a diverse mix of the world’s greatest writers, thinkers, humanitarians, politicians, business leaders, sports-persons and entertainers who will converge to champion the freedom to express and engage in thoughtful debate on an array of topics.

In a riveting session ‘Genes: Blue Print, Not Destiny’, medical doctor, scientist, social entrepreneur, and storyteller Sharad Paul would engage in conversations regarding taking charge of one’s health by understanding the connection between human evolutionary past and their future well-being.

“Another session ‘Ancient DNA: Who We Are and How We Got Here’ chaired by writer and journalist Tony Joseph will bring together two of the most highly regarded paleoanthropologists and geneticists of the age – Daniel Lieberman and David Reich.”

In what is touted to be an engrossing session, ‘Mapping the Heavens’, introduced by Veena Venugopal, renowned astrophysicist and Professor at Yale Priyamvada Natarajan will give an insight into the nature of humankind’s universe.

Speaking of imagination, experts suggest that by 2062, humans will have built machines as intelligent as them. Professor of Data Journalism Meredith Broussard and Professor of Artificial Intelligence Toby Walsh will discuss this at length with poet and literary journalist Anupama Raju.

Understanding the depth of transformative effect of mobile phone technology and the resultant changes it has brought about across every layer of Indian society, ‘Cellphone Nation’ session will have authors Assa Doron, Ravi Agrawal and Robin Jeffrey in a gripping interaction with journalist Barkha Dutt.

For over a decade, the five-day Festival has hosted nearly 2,000 speakers and millions of book lovers from across India and the globe.

Micro-irrigation and Agricultural innovation on the radar