IIT-Kanpur has studied the occurrence of dissolved heavy metals in Ganga River during the lockdown.

We have seen how lockdown has positively impacted the environment in a big way. It seems to have helped water bodies too. A team of researchers from the Indian Institute of Technology, Kanpur (IIT-Kanpur) 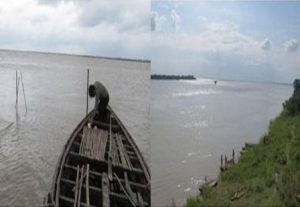 has studied the occurrence of dissolved heavy metals in Ganga River during the lockdown.

By analyzing the daily geochemical record of the Ganga River, the team showed that reduced industrial discharge during 51 days of mandated nationwide lockdown decreased the dissolved heavy metal concentrations by a minimum of 50 per cent. In contrast, nitrate and phosphate inputs predominantly derived from agricultural runoff and domestic sewage remained unaffected as these sources were not impacted by the nationwide confinement. The reason for this was that the residence time of people was longer than the per-lockdown period.

“It is estimated that industrial wastewater contributes nearly 20 per cent of the total volume of wastewater generated in the Ganga Basin and its near absence is undoubtedly a rare opportunity to quantify the resilience of water quality parameters”, says the research paper. The team also showed that the high resilience of dissolved heavy metals and concluded that industrial wastewater minimization programs will substantially improve heavy metal pollution of the Ganga River in a short time of a few months.

River water samples were collected from freely flowing surface water for all time points. The samples were filtered and were collected in pre-cleaned polyethylene (HDPE) bottles. All of the samples collected during the lockdown events have been registered in the System for Earth Sample Registration database (www.geosamples.org) with a unique International Geo Sample Number (ISGN) that can be used to retrieve the sample metadata.

The study samples show that the higher concentrations of dissolved heavy metals in rivers are mostly derived from various anthropogenic sources.

The major and trace elements exhibit temporal variability and their concentrations are quite similar to pre-monsoon (March to May) pre-COVID-19 concentrations. In general, Rubidium (Rb), Strontium (Sr), Lithium (Li), and Arsenic (As) concentrations increased with time, that of Calcium ion did not, and concentrations of Vanadium (V), Chromium(Cr), Cobalt (Co), Nickel (Ni), and Copper (Cu) do not show any systematic temporal trends. The Li and As are emerging aqueous contaminants mostly derived from Li-ion batteries (LiBs) and pesticides, respectively.

However, large anthropogenic sources of Li are absent in the studied catchment and As fluxes from mining activities, burning of fossil fuels, use of pesticides, and wood preservatives are small compared to their corresponding geogenic flux. “Therefore, we suggest that Rb, Sr, Li, and As are predominantly sourced from common weathering processes, which is evident from their correlations, and are geogenic in nature. Conversely, the mobility of V, Cr, Co, Ni, and Cu is low during weathering” says the paper.