Tens of millions of migrant workers in the country are critical for re-booting the economy, and central and state governments must enter into formal agreements to ensure that men and women workers who migrate to other states are treated as equal citizens, with respect.

After three long months of distress, a large 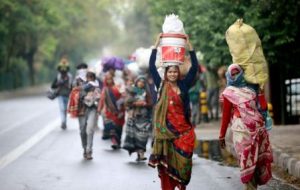 number of migrant workers (estimated to be about 2 crore) have reached their homes. As lockdown is being gradually opened, and economic activity is being re-started, several states (Punjab, Karnataka, Tamil Nadu and Gujarat in particular) have started appealing for their return, with promises of higher wages and better amenities. It is, therefore, important that major states from where migrant workers are ‘sourced’ take urgent steps to create appropriate policy framework for decent and safe living and working conditions for these men and women.

In a series of consultations with academic experts, government officials (both current and former) and civil society organisations (CSOs) working with migrant workers, a set of very concrete proposals have emerged for effective and humane return of migrant workers to destinations of work.

While national-level authentic data about migrant workers is not available up-to-date, it is clear that certain key migration corridors exist in the country. Most source states are in the north and east, and most destination states are in south and west, of the country. Therefore, governments of source and destination states to urgently formalise a Memorandum of Understanding (MOU) that establishes mutual responsibilities and accountabilities of both state governments. This will reduce the exploitation of migrant workers at the hands of contractors and employers, as witnessed during the corona lockdown.

Such a mutual accord between governments of source and destination states can be legitimately designed within the existing provisions of Inter-State Migrant Workmen Act 1979. The central government must support and facilitate such a process of inter-state MOUs to improve the conditions of work and life for all migrant workers, especially women workers (who now constitute a growing number). There is already precedence of such an MOU between states of Odisha and Andhra Pradesh in 2012.

Ground experiences during the lockdown highlighted three forms of exclusions from access to basic entitlements and social protection.

Migrant workers are in diverse occupations, and have varied identities such as domestic workers, industry 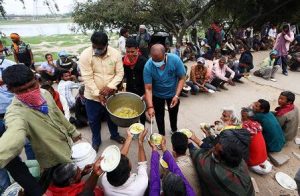 workers, street vendors, etc. Different laws govern them; some are not even considered workers in any law. The eligibility criteria for a wide variety of social security benefits, subsidised ration, access to maternal health, school education and primary health care are confusing and discriminatory. Hence, state governments to enter into MOUs which overcome such exclusions and facilitate access to their entitlements and social security measures, wherever migrants are working and living. The Government of Jharkhand has recently entered into a similar MOU with Border Roads Organisation (BRO) under the Ministry of Defence, Government of India,for ensuring decent housing, proper health care, communication with family and free transportation for returning home.

While a detailed set of policy recommendations have been forwarded to the central government and all state governments, outlining the key provisions for such an MOU, migrant workers and their families should particularly ensure basic requirements.

The first and most critical requirement is registration of all migrant workers at the source, where they live, through Gram Panchayats and Nagarpalikas.

This registration can then be brought to a common digital platform which links all other identities (Aadhaar, ration and voter cards), financial inclusion (Jan Dhan accounts) and social protection schemes (like subsidised foodgrains, PM housing and RSBY health schemes, etc.).

At the destination location, mobility of such a digital identity can be then utilised to provide other basic facilities like rental housing, Anganwadi, primary school (preferably in mother tongue of migrants), crèche for children, and other safety and menstrual hygiene facilities for women workers.

During the lockdown, it became clear that cumbersome registration procedures in the hands of labour contractors had resulted in very poor registration of construction workers even under BOCW Act 1996. All compliance mechanisms need to be digitalised and state governments in both source and destination states need to strengthen labour offices to monitor the same.

All state governments must promote Migrant Support Centres in those economic locations, where critical information and regular facilitation for them and their families could be enabled.

Tens of millions of migrant workers in the country are critical for re-booting the economy, and central and state governments must enter into formal agreements to ensure that men and women workers who migrate to other states are treated as equal citizens, with respect.

The author is Founder President, PRIA, New Delhi & UNESCO Chair. He can be reached @RTandon_PRIA