We may get the vaccine to eradicate the COVID pandemic, but what about the pandemic of irrational narratives?

Dr Simon Hercules, a 55-year old neurosurgeon, who died of COVID-19, was not allowed a dignified burial. The mob pelted stones causing his family to be taken away. 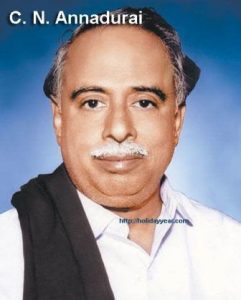 Finally, braving the violence from the mob, Dr Pradeep Kumar, a friend and colleague of Dr Simon, had to bury him. Dr Kumar later said in an interview, “I don’t blame people for this. There is a lot of wrong information out there. There is no awareness among the public. They are lighting candles, banging utensils, but they don’t know why they are even doing this. My own mother thought lighting nine candles at 9 pm would kill coronavirus. A doctor’s mother! If I can’t explain things to her, think about the world.” There were similar protests against cremation or burial of COVID-infected patients in Gujarat, Jharkhand, Karnataka, Maharashtra, West Bengal and Telangana. Does this not make us think that we are not only insensitive, but also so vulnerable to misinformation as a collective?

More than seven decades ago, C N Annadurai wrote a short story titled, Villupuram Junction. In the story, Somasundaram and his co-passenger strike a conversation as a result of the co-passenger’s constant coughing. Somasundaram says he is travelling to Trichy to meet a traditional healer, Thirisoolam, who he describes as a wealthy person, considering many people visit him daily. Somasundaram’s daughter is unwell. The co-passenger asks him whether it is a kind of hysteria, adding, “who believes in sorcery, exorcism and witchcraft, now-a-days?” Somasundaram says “I have strong belief and faith in the mantric strength of Pillai.”

The train reaches Villupuram. Somasundaram gets off to buy coffee and runs into a familiar young face. This young man is Thirisoolam Pillai’s son, who tells Somasundaram that he is taking his father to the General Hospital as his father is suffering from heart disease and had recently fainted. Somasundaram then asks, “Fainting will cease by uttering mantras…won’t it?” The magic healer’s son replies, “There is no harm in speaking to you honestly. Only people who believe in magic healing benefit.” Somasundaram then asks, “Don’t you have belief?” He replies, “Once I had!” and continues, “Last year, your son came to our house. Your son said very categorically that my father was suffering from some disease”. He added, “We tried all of my father’s mantras on him but none of it worked on my father. Only to later be diagnosed with heart disease.” The story ends with Somasundaram writing a letter to his son to help with Pillai’s admission at General Hospital and stepping into his own compartment.

I wonder what made Anna write this story. Like always, he was trying to convince the reader about the need for scientific temper and a rationalist thought. A lot of things are the same even now.

A disease without a cure, when it takes the shape of a pandemic, creates a breeding ground for narratives that build unfounded faith on magical healing. The foundation of the irrational and of superstition seems still very strong, and rides on any kind of misinformation to resurrect itself.

The COVID-19 pandemic, as yet, does not have any cure or vaccine. Probably, that is the reason—we now have situations wherein many are invoking certain irrational practices as cure. One legislator stated, “Coronavirus is an airborne disease and it can be cured by consuming ‘gaumutra’ (cow urine) and cow dung.” Another legislator said, ”Coronavirus does not have the courage to enter this place. There are cow shelters here. The virus cannot go near the cows.” One leader even hosted a cow-urine party, where a caricature of the virus was provided with cow urine, and a divine intervention was sought. Do they really believe in what they are saying? Or are they using the current uncertainties about the virus to revive certain traditions, mainly to counter other religions? A number of citizens probably understand that these comments are irrational, but they choose to remain silent. They either subscribe to the revival agenda or they have succumbed to it.

Simultaneously, there is also another narrative woven around the communicability of the virus. These narratives exhilarate pride in Indian custom of saluting people with Namaste instead of shaking hands. The narrative also extended to promoting vegetarianism as an ideal ‘Indian’ way that is a cure to the pandemic, based on linking the origin of the novel coronavirus to bats and the meat-eating behaviour of the Chinese people. Vegetarianism as an ideal Indian cure to pandemic was promoted, which caused massive loss to animal and poultry farmers. The scientific community called out and busted the myth around linking the virus with meat eating behaviour of people. The problem here is the extrapolating of one cultural trait to euphoria wherein all aspects of that culture gets legitimised, especially when the government takes a stance of not responding to these comments. 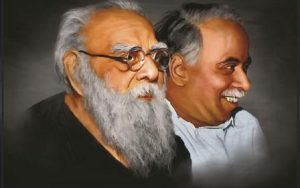 And a third stream of narratives is founded on the principle of hatred towards another religion. There is targeting of a community. It took no time for the country to further build on the Tablighi Jamaat narrative to become anti-Muslim narrative. In the aftermath of Tablighi Jamaat attendees becoming victims of the virus, many of the politicians, establishments, government spokespersons, media and political scientists contributed to this communalisation of the pandemic. A legislator was seen intimidating the young vendor to reveal the religious identity. Another legislator stated, “As a responsible MLA, I asked people not to take the law into their hands to deal with the situation but simply stop buying vegetables from them [Muslims]. Tell me what wrong I have done?” It is probably true that a good section of the Indian society did not find any problem in what they had said and done. Again, the government took the stance of remaining silent about these comments.

Amidst all these, the prime minister asked people to light lamps at 9 pm for nine minutes. The government twitter handle, MyGovIndia, shared a video of Padma Shree Awardee, Dr K K Agarwal, the former President of Indian Medical Association (IMA), where he uses the terms, Quantum Physics, Yoga Vashista, ACE2 Receptors, collective consciousness to diligently prove that the nine-minutes candle-lighting has intrinsic science in it. This tweet was further retweeted by other doctors and intellectuals. The video was deleted though, not before people criticised it. While the prime minister never made any statement about the scientific basis for lighting candles, he never called out anyone for their irrational explanation.

The irony is that in the 1960s we were not as inclined towards the sciences as now, and yet elected Annadurai as the Chief Minister of Tamil Nadu, despite him challenging customs and traditions and bearing a scientific temper. And today, we have a head of the government, who in his speech in the International Science Congress, stated, “We worship Lord Ganesha. There must have been some plastic surgeon at that time, who got an elephant’s head on the body of a human being and began the practice of plastic surgery”. The attempt by the prime minister is again about reviving Hindu religion, ironically, in the garb of science, and in a global platform that upholds scientific temper. The worry is that the traditional narratives that are currently getting reproduced are devoid of any science, for what constituted science as part of the tradition has already been used by modern science to promote scientific thoughts. The leftover is largely superstitious thoughts and customs.

There are two sections of people, who are currently engaged in undermining scientific temper. The first are those who are silent about these traditional narratives, despite knowing that these narratives are irrational.  They are just not ready to give up on the Hindu revivalist agenda. Then there is one more section of people who are actually victims of the government’s attempt to guard these irrational narratives. They succumb to misinformation. That pandemic could spread through handling of dead bodies of infected people is not irrational, but that does not mean community vigilante methods could be used to prevent the use of cemeteries for safe cremation of dead bodies by authorised personnel. The problem, clearly, is the ambivalent stand of the government and overtly tilting towards practices that are not aligned with scientific temper.

It is important here to note that as per the Supreme Court orders, Fundamental Duties are applicable not only for citizens, but also for the state.

Article 51A states, developing the scientific temper, humanism and the spirit of inquiry and reform as Fundamental Duty.

Clearly, the state and a good section of society are trying to guard such irrational narratives, so as to fulfill a particular sectarian agenda. At a time when the pandemic does not have the cure, the society is vulnerable to incline towards faith or magic. And at this time, the government is not promoting scientific thought, rather fulfilling its political agenda! This is not something that the scientific community ever expected to happen in the 21st century. The society continues to be as vulnerable to misinformation as in the 1960s, but the problem is that the agenda of countering other religions and establishing supremacy of Hinduism, read Brahminism, has marginalised role models among political leadership, that promote scientific temper. The kind of narrative that Annadurai was trying to promote to seek electoral mandate and the kind of narratives be it on Lord Ganesha or Hanuman Chalisa that get the current leaders elected in a way tells us that the real disaster is not really the pandemic. Is it not the current socio-political scaffold that decides how the pandemic has to be engaged with? We may get the vaccine to eradicate the COVID pandemic, but what about the pandemic of irrational narratives? To cure pandemic of irrational narratives, don’t we need more Annadurais?