Finance and Policy experts suggest the need for a non-partisan budget research and analysis body that can help create a more representative democracy.

Even as the Interim Budget was presented on February 1 and passed on the last day where the Centre called the adjourned sine die 2019 Budget Session successful with Lok Sabha registering 89 per cent productivity and Rajya Sabha with eight per cent, experts pointed out to a “more active role of Parliament in budgetary governance and budget decision-making” through establishing a Parliamentary Budget Office (PBO).

As an independent and impartial body linked directly to the Parliament, PBOs provide technical and objective analysis of budgets and public finance to parliament and its committees including general economic analysis, tax analysis and options for spending cuts. Current Chairman of the Rajya Sabha, Vice President Venkaiah Naidu particularly expressed the need for PBOs as a legitimate measure to strengthen the parliamentary process, when he was the Union Cabinet Minister. “Reforms in India have been pending for many decades. NDA Government is committed and unfolding the reform process. Establishing the PBO in the Parliament is a legitimate measure to strengthen the reputation of our Parliament in budgetary governance,” he said.

It not only helps in budget making but enables parliamentarians to understand the far reaching impact of their economic policies whether farm loan waivers or sops or other government schemes. But since the “budget research capacity is negligible in Indian Parliament, it is unable to perform its key functions effectively”.

Even Dr. Shashi Tharoor, Member of Parliament previously said, “Budgets in India can be very complex affairs and it is essential that we empower the Members of Parliament to be able to deconstruct budgets and raise the level of debate in the Lok Sabha.”

On the lines of PBOs in countries like US, Australia, Italy, Canada, Philippines, Uganda among others as well as OECD countries, finance and policy experts suggest that a similar PBO should be established in India because “budget is the clearest expression of the government’s priorities and targets, reflecting its fiscal pans, social and financial commitments”.

“An unprecedented change has taken place in the way citizens view the government’s stewardship of taxpayer resources. This change demands new and emerging global standards and best practices to promote financial and budgetary transparency in place,” assert experts while talking about the Open Budget Survey 2017 where India performed “better than the global average” yet “following a closed budget formulation process” framing it as an exclusive affair of the Executive.

Since Parliament of India is considered to be a budget-approving body, its involvement in budgetary matters include presenting budget in the Parliament; scrutiny of the budget proposal and demands for grants of various ministries; debate, consideration and approval of the budget. They state that to perform its functions of “oversight and legislative or budgetary decision-making, Parliament invariably requires the institutional, technical and analytical competence”. 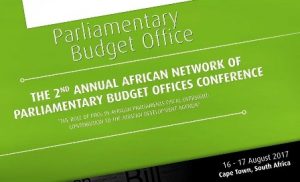 In fact, The Indian Legislature and Supreme Audit Institutions (SAIs) provide limited oversight of the budget with a score of 48 out of 100 as per the survey. The absence of any consultations or recommendations from civil societies or other social organisations, other than trade unions, in the budgetary process acts as a hindrance towards a transparent democracy such that in terms of formal oversight institutions, the Open Budget Survey score mainly reveals that the Indian legislature provides weaker oversight during the planning stage of the budget cycle than the execution and auditing stage.

According to Bhanu, a policy expert, “since Independence, the executive-led budgetary governance has been a failure” considering India suffers from income inequality, high unemployment, widespread poverty, high presence of malnourished children, shocking prevalence of preventable diseases such as Tuberculosis and underinvestment in key areas of education and health. “These stem from unequal distribution of resources,” he points out.

As per OECD, while across the OECD, these bodies vary in terms of size, constituents and core functions, ‘but all help simplify the complexity of the budget process, and improve the budget’s credibility and accountability’.

All budgets generally start with an economic forecast which can be its own, or duplication of the bureaucracy’s forecast or could merely provide validation to the government’s forecast. For instance, while the Congressional Budget Office in the United States and National Assembly Budget Office in South Korea, both independently produce their own economic forecast, the Canadian PBO provides an independent assessment on the government’s forecast.

“The PBO is an excellent channel for implementing recommendations stemming from policy analysis and lawmaking, in addition to setting national priorities and enacting good governance. This would further raise the quality of debate and scrutinise legislation, leading to greater discipline in public spending,” said former MP Baijayant Jay Panda.

“Centre for Legislative Research and Advocacy (CLRA), New Delhi, India; Institute of Fiscal Studies and Democracy (IFSD), Ottawa, Canada and have come together to urge political parties to include the demand of establishing a PBO in their respective party manifestos to enhance their commitment to a more transparent budgetary process.”

They say it will help render budgets more transparent and accountable as well as help bring legislative discipline.

Special Status to states: The game of revenues