Pension reforms in India: Need for a more holistic approach

In most countries, wherever pension systems are well regulated, empirical evidence suggests that there is a harmonious system of regulation. 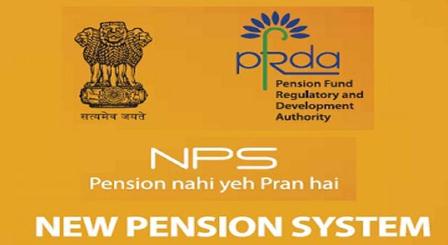 Due to growing life expectancy rate, there is an unprecedented rise in the elderly population of the world. The percentage of elderly population in India has been increasing as well. As per India Ageing Report 2017, released by United Nations Population Fund (UNFP), the share of population over the age of 60 years is expected to increase from eight per cent in 2015 to 19 per cent in the year 2050.

This has made it imperative to move towards a pensioned society to ease the process of access to old-age income insurance. As per Census 2011, merely 12 per cent of the workforce was covered under various formal pension retirement plans. Traditionally, benefits of pensions were restricted to salaried employees of the central and state government employees and those of the private sector.

“But most of the workforce is employed in the informal sector. Hence, there is a wide gap in the pension coverage in India which calls for reforms to serve the needs of changing demography patterns in the country.”

In India, multiplicity of regulators and lack of a harmonised system points to a pressing need to have discussions on the pension framework in India as most countries, wherever pension systems are well regulated, empirical evidence suggests that there is a harmonious system of regulation.

For example, in Denmark which has one of the most advanced systems of pensions in the world, all the pension and retirement plans come under the Agency for Modernisation of Public Administration which is a sub-agency of the Ministry of Finance. And all the pension institutions whether they are pension funds or life insurance companies, fall under the ambit of the Financial Services Act.

In other words, all are subject to a similar legislation which implies that there is a similar accounting framework; similar investment requirements and all other modalities are also similar.

Also Read : Trifurcation of MCD: Dues, Debts and no sign of relief

In India, the old-age dependency ratio is estimated to be around 14.2 per cent (as on 2011) according to the report Elderly in India: 2016 published by Ministry of Statistics and Programme Implementation. This becomes a matter of concern as the elderly population faces a lot of challenges in the absence of sufficient income to support themselves for healthcare and other basic amenities which promote their fundamental right to life. Clearly, this section of the population is vulnerable to a number of economic and social challenges due to its reliance on an informal social support (the joint family system) which is less stable. These informal mechanisms of support make it necessary to initiate a discussion on pension reforms in India.

What are the issues with the current pension framework in India?

In the present system, one of the major loopholes is that there is no universal over-arching system to ensure a smooth pension delivery process. There is no singular legislation, regulator or mode of governance which acts as a watchdog.

As a consequence, the system becomes less accessible for both the beneficiaries and the regulators.

“The fragmented nature of the pension system is a consequence of the multiple regulators which include Employees Provident Fund Organisation (EPFO), the Pension Fund Regulatory and Development Authority (PFRDA), the Ministry of Labour and Employment and the Ministry of Finance.”

While the Centre and the state governments do have pension plans for the people in the unorganised sector, the plans are inadequate and need more reforms as 88 per cent of the population is still in need of a fresh and more inclusive pension coverage mechanism.

For the workers in the unorganised sector, traditional instruments have been restricted to Public Provident Fund (PPF) and Postal Savings Scheme (PSS) which do not cater to all sections of the population.

The section of population which is covered under the formal pension network fall in three categories which include civil servants (under New Pension Scheme 2003), salaried employees covered under EPFO Provident fund and some from the organised and the unorganised sector are covered in the set of voluntary pension schemes. But a large chunk is still out of this coverage. There are also issues around EPFO and NPS scheme of 2003 too.

In the case of EPFO, the challenge arises because it is not the sole Provident Fund organisation in the country. There are various PFs which are being managed by different ministries as the report by Vidhi Legal Policy cites.

“Therefore, we need to have a mechanism to regulate various PF trusts in India as recommended by the Standing Committee on Labour.”

It recommended that the Ministry of Labour and Employment should be a sole regulator for all the PF trusts. In case of NPA, it suffers from a design problem because it does not offer the advantage of tax rebates as offered by other pension schemes.

Though these are some shortcomings in the arena of regulation and management, what remains dominant is the issue of exclusion of the whole unorganised sector from this framework. The three mechanisms to avail pension benefits are far from the reach of informal sector. Hence, potential area of concern in India remains an optimal coverage of the whole population in one or the other pension schemes.

A delay and denial of pension opportunities is also in violation of article 21 of the Constitution of India’s right to life. Vidhi Legal Policy in its research says, “India’s highly fragmented pension framework and its tilt towards securing pensions and social welfare for individuals in the organised workforce as compared to the individuals in the organised workforce highlights the inadequate state of retiral security”.

A report released by CRISIL and PFRDA, ‘Security for Seniors’ through the lens of three parameters: family support, elderly working population and elderly BPL analyses the socio-economic support for the elderly and the need for government assistance in strengthening the pension framework.

It concludes that increasingly family support to the ageing population has been declining especially in the economically weaker states such as Madhya Pradesh and Chattisgarh which call for increasing pension penetration in these areas through pension schemes such as Atal Pension Yojana (APY) in which the government also co-contributes for the people in the unorganised sector.

“Secondly, the report states that a major part of the elderly population work out of compulsion and not by choice.”

This kind of three-fold approach can ease the policy-making process for the government as it can adopt a targeted pension scheme according to the objective parameters such as weak pension penetration and weak socio-economic condition in each state.

Also Read : How would India become a $ 5 trillion Economy?

Apart from this, the five pillars identified by the World Bank to judge the efficacy of pension mechanisms worldwide, are helpful in understanding the challenges in the Indian framework, especially the fourth and the fifth pillar which is non-contributory social pension aimed at poverty reduction and access to informal sector, respectively.

Vidhi Legal Policy and the report by CRISIL and PFRDA draw some recommendations for India from the five pillars which include boosting awareness about the government pension and retirement schemes and better annuity design to counter the inflation risk and most importantly, creating a central repository of data for pension coverage.

Regular movements and marches in the country by organisations such as Pension Parishad attempt to constant keep a check on these mechanisms to ensure compliance with the demands of the citizens and to attain social justice.

A slogan raised by the Pension Parishad beautifully captures the demands and the claims of the workers, “Jawani mei kaam mile, kaam ka poora daam mile, budhape mei araam mile, pension aur samman mile.” (In youth, there must be jobs and enough salary; in old age, rest, pension and respect must be a given).

“Some of the significant recommendations from the Parishad include a call for an establishment of a universal and non-contributory old age pension system with a dignified amount, timely revision of pension amounts based on inflation rates and that no one should be forced to retire from work on attaining the age of eligibility for universal pension scheme.”

To move towards a better India, adequate social security is one of the targets, and pension reforms in the arena of inclusivity and harmonisation are the instruments to achieve it. There is a lot more which needs to be done to make the pension system more holistic in its coverage, more transparent and accessible to the common citizens.

Active participation in the reforms by the civil society organisations and the citizens is a positive signal.

The writer, a public policy researcher, is a Masters Student at School of Law, Governance and Citzenship, Ambedkar University Delhi. She can be reached on twitter @savi1924

Indian Opposition: Towards on an undefined path?

Business and Human Rights: From Zero Draft to National Action