Symbolic solidarity is essential, but will only make sense if companies start adopting real-life measures to empower queer employees and make the workspace safer for them.

Since the mid-1960s in the United States, there has been a documented shift in marketing practice from targeting the mainstream or mass market to including more specialised niche markets 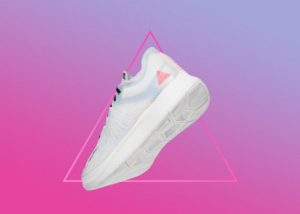 (Engel, Fiorillo and Cayley, 1971). Thus, companies and businesses have been constantly exploring various niche markets, and in recent years, the LGBTQ+ community has become a victim to these corporate practices. The lucrative LGBTQ+ demography has encouraged the incorporation of the Pride movement and sexual diversity to capitalism and the market economy. This in popular lingo is called Pink (or Rainbow) Capitalism.

Pink Capitalism is the targeted inclusion of the queer community in advertising and marketing campaigns for the sole purpose of profit-making. It is the commodification of a social movement by selling rainbow-themed merchandise and products without doing any actual activism. Numerous brands have merchandises that push rainbow, feminist, equal rights agendas while having a history of quite the opposite.

The LGBTQ+ consumer market is estimated to have an overall buying of more than USD 835 billion and corporations like Nike, Walmart, and Jack Daniels announce countless rainbow-coloured products every year, while investing in private prisons, slave labour, and ignoring the higher rate at which LGBTQIA+ people suffer from substance abuse.

The American Airlines saw its earnings, from members of the LGBTQ+ community, rise from USD 20 million in 1994 to USD 193.5 million in 1999, after the formation of a team devoted to ‘Gay and Lesbian’ marketing.

This is a constructive example of how pink- washing simply benefits the corporations and has nothing to do with queer liberation.

Also Read : Out of Sight, Out of Mind: Transgender Community and COVID-19

Another such example of shallow activism is when the CEO of Urban Outfitters, a company who flashes rainbow colours every pride, donated Rick Santorum. Rick Santorum is a homophobic politician, who even sells his greeting card with a homophobic slur. And that’s not it, nine of the biggest; most LGBTQ-supportive corporations in America gave about USD 1 million or more each to anti-gay politicians in the last election cycle. The companies include familiar names like AT&T, UPS, Comcast, Home Depot and General Electric. Their donations totaled to almost USD 15 million.

Pride Month and its Significance

In 1969, it was illegal for LGBTQ+ people to congregate at a bar, or for bars to serve LGBTQ+ people. The mafia-owned Stonewall Inn, located in New York’s Greenwich Village, was one of the few places LGBTQ+ people could get a drink or hang out. Even there, life wasn’t easy: Police frequently raided the bar, issuing fines and violently arresting patrons. In the early morning of 28 June 1969, a black Trans woman named Marsha Johnson struck back by throwing a shot glass at police officers. This act of resistance, known today as the “shot glass heard around the world,” kicked off days of rioting as LGBT people rose up against the police system’s brutality and bigotry.Thus, the month of June is celebrated as the Pride Month to honour the 1969 Stonewall uprising in Manhattan.

The Pride Month is dedicated to reminding the world the struggles and injustice faced by the queer community over the years. It has intense social and political connotations and is a reminder of queer liberation. During this month, pride marches are held across cities in every part of the world, and social media is bubbling with rainbow colours and messages of social justice and queer liberation. Pride Month is not just about the movement, but also the celebration of an individual’s identity. With more and more number of Pride participants and marches held in small localities as well as educational institutions, the significance of Pride has reached larger spaces and audiences.

However, every year, with the beginning of the month of June- Pride Month, various corporate giants pervasively use queer/pride symbols in marketing and advertising campaigns. Moreover, a lot of them dye their logos in 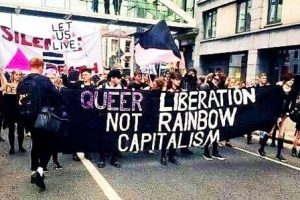 rainbow colours to suit the narrative and show progressiveness. Some of them invest in making queer-friendly merchandise and also conduct Pride sales. This might seem like actions stemming from activism, however, in reality, the support and solidarity showcased by these brands last only till the 30th June. The significance of the social movement is short-lived, rather illusory, and lacks any dynamic change in the working of these institutions.

As a result of corporate interference, Pride marches have now become more of a party than a political act. For example, in New York City in 2018, the Pride Island celebration — featuring musical guests and Sky vodka sponsorship — was selling a cabana package for USD 3000. And as the New York Times reported, in 2016 Los Angeles pride was referred to as “gay Coachella” — and in 2018, Los Angeles Pride organisers got into trouble for over-selling tickets to the festival and had to turn hundreds of paying celebrants away.

This way ‘Pride’ will lose its essence as a social movement that stems from years of discrimination and subjugation.

Also Read : Fight to ‘Let Love Be’ Not Over Yet

Stop the Commodification of a Social Movement

Profiting off of the LGBTQ+ community is malicious and ignores the hardships that many LGBTQ+ people still face in their daily lives. The companies and corporate giants need to understand that their support for the movement should not be a result of their corporate greed. Their activism should be inclusive of corporate commitments to LGBTQ+ rights and equality at the workplace. Their focus should be implementing policies and contracts that enable queer members to become equal participants in the mainstream professional workspaces. It is essential that companies who benefit from Pride merchandise donate profits to queer-specific support organisations and truly participate in the social movement.

There are a lot of companies and brands, who do seriously strive towards creating an equal space for fellow queer employees and also contribute to queer specific support NGOs. However, there are just a handful of them, who categorically work towards making the movement more about the queer community than about their sales. Symbolic solidarity is essential, but will only make sense if companies start adopting real-life measures to empower queer employees and make the workspace safer for them.

The writer, a public policy researcher, is an undergraduate student at Miranda House, Delhi University. She can be reached on twitter @sarangi_janhavi