It now becomes more important than ever to concentrate on laying down a detailed framework to maintain women’s safety in public transport amidst pandemic so as to regain their trust in public transit services, which stays on forever, even beyond the pandemic. 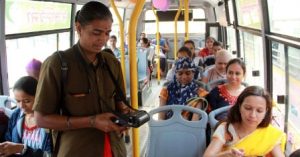 missions like ‘The Smart Cities Mission’, and ‘The Green Urban Mobility Scheme’ by the Ministry of Housing and Urban Affairs (MoHUA) do not include indicators, which can push the cities to pay attention to women’s mobility needs, and provide a system which fulfils them. Gender is still not seen as a core criterion to design and implement guidelines and policies. Women and girls are close to 50 per cent of urban population in India, and 84 per cent of their trips are made by public transport, intermediate public transport, or other non-motorised modes (Census 2011) indicating a higher dependency on the public transport. Understanding and addressing the violence and discrimination faced by the women in public spaces with the idea of their safety, and their perception towards the same, rather than just finding ways to address the crimes against them after they have already taken place should be the approach.

Women’s access to public spaces is restricted by several factors such as time of the day, gender usage of the space, crowding at that place, lighting in the area, pedestrian facilities like footpaths, etc. Many spaces that women are able to access during the day cannot be accessed by them during the night. Due to the dominated gender usage of public spaces, women are not usually seen alone in the public spaces, especially after dark due to fear of being exposed to any anti-social activities.

When we talk about public transit, it is not just the time spent inside the transit vehicle, but also the additional first and last mile commute that links people to the public transport. The perception of women about the safety in public journey varies as per their age, travel frequency and many other factors, etc. As per a study conducted in Thiruvananthapuram, Kerala, there were multiple reasons identified posing a threat to women’s safety like low gender usage, lack of well-articulated buildings, continuous blank walls on streets, lack of pedestrian infrastructure, etc. Consequences of these issues result in change in travel time and patterns, opting for different routes, paying more and taking longer routes and even stopping the use of public transport in many cases.

In a scenario like this, when the bus services have to be resumed, it does create a challenge to identify which of the aspects have to be taken care of. 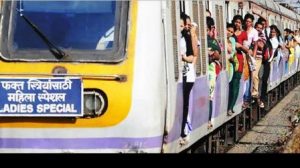 Cities with a transit system where women are satisfied with the frequency of buses, the challenges that come with the wait time in a deserted area are kept at bay. However, when the rule of 60 per cent occupancy is taken into consideration, it does become important to see to it that there are adequate numbers of buses that are available to cater to the city’s women who hold a major share of public transport, while maintaining the same frequency. The more the wait time, the more the women are exposed to risks. Many of our cities are already short of 50 buses per one lakh people, which should be the ideal number required to develop an efficient bus transit system. Moreover, security systems have now become more important to look at, as many women have to walk to their respective locations from transit stop and vice-versa and the roads almost stay deserted.

The country has suffered a huge economic breakdown since the lockdown, and it is therefore also right to resume the transit services, for many are dependent on the public transport and do not have access to private modes. With COVID-19 pandemic sticking around for more time than what was anticipated, it becomes important to maintain adequacy in the fleet size and strengthen the security systems to ensure women’s safety. Earlier the challenge essentially was to maintain women’s safety, which has now increased to ensuring it while also maintaining the norms required to prevent the spread of disease. It now becomes more important than ever to concentrate on laying down a detailed framework to maintain women’s safety in public transport amidst pandemic so as to regain their trust in public transit services, which stays on forever, even beyond the pandemic.

The writer is working as an Architect and Transport Planner. She has worked on Gender Safety and Security Assessment in Public Transport for Centre of Excellence in Urban Transport (CoEUT, Ahmedabad). She can be reached on twitter @megha_naidu2312