The Balck Panther Hero, Chadwick Boseman, dies at 43. He played real-life figures such as baseball legend Jackie Robinson and soul singer James Brown, and he is best known for his superhero role in Black Panther.

Chadwick Aaron Boseman, a black American, who marked the black presence in Hollywood through his portrayals of African-American historical figures including 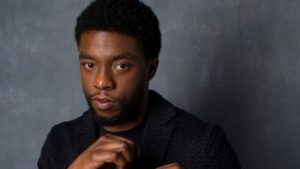 Jackie Robinson in 42 (2013), James Brown in Get on UP (2014) and Thurgood Marshall in Marshall (2017), died on Friday, 28 August 2020 in Los Angeles, United States. The actor, best known for his portrayal of the superhero Black Panther in the Marvel Cinematic Universe films, especially in Black Panther (2018), was suffering from colon cancer since 2016.

Being a black American, Boseman was very much aware about the history of his race. Representing his views on history in one of his social media posts, Boseman said that “understanding our history is one of many ways to break the cycle of racial injustice in this country”. This resembles his constant struggle to eliminate racial injustice in USA and to challenge the white supremacy through depiction of black heroes in Hollywood films.

Boseman always tried to take the projects that would depict the black struggle. During one of his interviews, he confessed “The projects that I end up doing, that I want to be involved with in any way, have always been projects that will be impactful, for the most part, to my people – to black people.” Marvel’s Black Panther (2018) became a larger than life opportunity for Bosemanto depict what it is to be black in both USA and Africa; and more broadly, in the world as he himself declared – “To see black people in ways which you have not seen them before. So ‘Black Panther’ was on my radar, and in my dreams.” Black Panther, based on one of the characters of Marvel comics, arrived in theatres on 16 February 2018 and received critical acclamation for its depiction of black race, history, culture and identity.

“Let’s all try to learn from our past so we can create a better future together. Not just today. Everyday.” Chadwick Boseman.

Also Read : “Now it is Your Turn to Let Freedom Ring…” Eulogy to John Lewis

In order to connect himself and his fellow black population to their African descent, Boseman chose to play roles of historical as well as fictional African figures which depicted the black culture and ethnicity. He always attempted to reflect the black-self onscreen so that the young black men and women can relate themselves with the black character onscreen. In the film Black Panther also, he tried not only to represent the rich heritage and black identity, 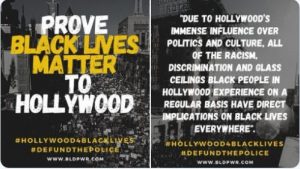 but also touched upon the effect of black presence and absence can have across generations. Black Panther won the SAG Award for Outstanding Performance by a Cast in a Motion Pictures, which is the biggest honour in the SAG Award ceremony. During the ceremony, Boseman gave a powerful speech reflecting upon what it is to be black actor in Hollywood film industry. He stated, “We all know what it’s like to be told that there is not a place for you to be featured, yet you are young, gifted and black. We know what it’s like to be told to say there’s not a screen for you to be featured on, a stage for you to be featured on… We know that it’s like to be beneath and not above. And that is what we went to work with everybody, because…we knew that we had something special that we wanted to give the world, that we could be full human beings in the roles that we were playing, that we could create a world that exemplified a world we wanted to see.” It is clear that Boseman always wanted to inspire black people to do better, to grab the opportunities and to prove themselves as full human beings who deserve all kinds of rights the white deserves in USA and across the world.

According to Boseman,“Fearlessness means taking the first step, even if you don’t know where it will take you. It means being driven by higher purpose, rather than by applause. It means knowing that you reveal your character when you stand apart, more than when you stand with the crowd.”

Boseman did not forget his descent and wanted to explore it. He even asked the same to other black Americans. He believed not only in uplifting the black population of America, but also that every black man and woman should be aware about their ancestry, about the culture and land to which they belong. The death of Boseman has left a void in American film industry as well as for the black Americans who saw him as their hero. Boseman will always be remembered for his powerful roles to depict African American history, culture and society. A true inspiration, Boseman’s deliberations on Black history, culture and society will be inspiring the black American population for centuries to come. For black American population, in these tiring times when racial segregation is still in practice, the ideology of Boseman will help them to connect themselves to their history and culture which is essential to co-exist in white American society. Chadwick Boseman, the Black Panther, will remain alive for his ideas for black Americans to amplify their voice and support each other.