Social stigma is there and it affects access to loans. If one examines the data of loans, one will find very low percentage of SC and ST youths who have availed them.

“About two years ago I had taken a loan of around 1 lakh from a microfinance company to purchase equipment and materials to start a business in building construction. I tried to get a loan 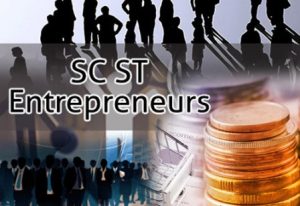 of around Rs 10 lakh from public sector bank, but even after having all the required papers and approval from concerned government department, the bank refused to credit loan because of my low caste social identity.” This has been the experience of Ram Naresh Ram, a 45-yearold Dalit farmer and entrepreneur from Palamu District of Jharkhand.

When we talk about SC-ST entrepreneurship, we must step back into the history and understand the unevenness of so-called leveller which is market. “We are hoping to move towards a five trillion-dollar economy driven by the so-called market force. It is significant to understand the challenges for the supposedly neutral market, multiple entrepreneurs challenge SC/ST face and its sensitivity” says, Tom Thomas, CEO, Praxis, while moderating the webinar “SC-ST Entrepreneurs: Status, Challenges and Opportunities, which was part of the “COVID-19 Pandemic: Voices from Margins Webinar Series organised by Praxis in partnership with Partners in Change. Tom added, “the crux is intertwined between the ills of the feudal world order that is still so prevalent in our country and a country moving towards capitalism. It is a kind of a labyrinth of feudalistic society, bureaucracy, government and feudalistic market. I am reminded of studies on the outskirts of Andhra Pradesh a Dalit woman who sold idli house to house. If she opens her outlet none other than her community would enter and she would have a limited market. It is not a problem when you look at several established outlets like MTR in Bangalore or Grand sweets in Chennai. We are dealing with a labyrinth of a feudalistic society, government and more importantly you and me in a feudalistic market. And to overcome this situation, it is going to be an immense challenge.”

Sharing the findings of a quick rapid study, undertaken among 25 SC and ST marginal entrepreneurs from different parts of the country, Sanjay Bharti, Praxis, said that all the respondents contacted shared that all of them didn’t receive loan from public sector banks, but from microfinance companies, which are running their businesses in those areas. The loan taken from these microfinance companies ranges from Rs 20,000 to Rs 22, 000, and sometimes to a lakh and above. The sort of activities they initiated into the process of time with the help of loans included grocery, shops, sweet shops, construction work, dairy farming and tailoring work as livelihood opportunities. The range of repayment of loan by them ranged from Rs 700 per week to Rs 1200-1500 fortnightly and then Rs 2200 to Rs 2300 per month.

Due to lockdown most of them are now having inability to pay back the loans because of complete closure of income and non-availability of work.

Many have started facing the daily need of food for the family and the other requirements caused due to economic crisis. While 12 of them shared that it is impossible for them to restart repayment of loan,five persons out of the total respondents shared that they won’t be in the position of repaying the loans even if the lockdown is lifted. No relief or any package from the government or the company or microfinance has been provided to them. They won’t be able to repay the loan while there is a pressure for the same.

The experience of Ram Naresh Ram mentioned earlier reverberate among the SC/ST communities across India, one way or other. Ram, in this case, applied for a loan at the District Development Office, which was approved by all the officers and was forwarded to NABARD. NABARD also approved it and asked him to go to SBI. The officers at the bank asked his caste, wherein he told them that he belongs to the Dalit community (Ravidas). Also, shared to them that his estimate is Rs 10, 00, 000. They SBI officers told him, “Who has asked you to dream this big”? When he said there are programmes being run by the government to help people to do business so he can start a business and repay the loan, and in response he was told “how such big loan will be given to a Dailt family?” 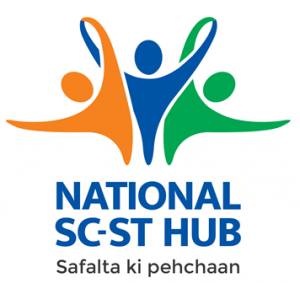 Although Ram had attached the receipt of the land, the bank officer responded “Who will give loan for this amount to Dalit community?” In the words of Ram, “They said my land is of zero worth and it falls in CNT (Chhota Nagpur Tenancy Act) and will not be eligible for auction. When I told him that I have land I will repay the loan through that. They said your land has no value not even for a rupee and further told me if I had been belonging to other community, they would have immediately sanctioned the loans even though I possessed a dismal piece of land. I asked him whether my loan papers are useless to which he replied do whatever you were doing and don’t dream so big. If this situation has been so easy, we would have also taken loan rather than doing a job of Rs 60,000 – 70,000. We would have borrowed loan of crores of rupees from banks and would have been spending entire life easily by earning crores of money. Then I was asked to leave”.

Ram later took a loan of 1.5 lakh from a microfinance company. He has been paying that loan in installments and now 3-4 installments are to be paid. Due to lockdown, he is facing challenges in repaying loan and the pressure is also increasing as they are charging a higher rate of interest.He says, “The government is not doing much for my community”.

According to Ram, Dalits are subjected to pressures to repay the loans, apart from higher interest rates. Government should take certain steps. Such big institutions have people from privileged communities so a Dalit person should have been appointed in Banks who could hear the concerns of Dailts.

“When we go there, we are not even offered chair, while in case of other castes they are offered chair and loans. When I complained what happened in SBI at NABARD, people told me that I should have done some setting (hinting at paying a bribe to get the funds). If I had had the money, I would have started some livelihood option”.

The lived experience of Jothimani, aged 26, hailing from Nanjaipudhukadu, Erode, Tamil Nadu, is not different. She says, “I was initially working in a company and I stopped. I started working at home from 2017 and got help from READ organisation and friends. With the help of four other people, we were working at home and stitching garments. We tried to apply for a loan and since I was a Dalit woman the loan was cancelled. The garments we stitch would not be purchased by people as I am a Dalit woman. We had to go to Erode to sell the garments. But as this was getting difficult, I planned to work from home again. Through TAHDCO if we can get a loan it would be helpful; the microfinance persons have been asking us to pay the loans even though we do not have any income”.

Hemlata Kansotiya, National Campaign for Dignity and Rights of Sewerage and Allied Workers, said that “Social stigma is there and it affects access to loans. If one examines the data of loans, one will find very low percentage of SC and ST youths who have availed them. We also interacted with girls who worked in IT and attained training in Kaushal Vikas Yojana. When we went to their offices, they were hesitant in disclosing their castes within office premises and asked us to visit them at home. It can be seen that people get loans and also find some work, but due to the stigma attached to their social identity, they always remain hesitant to disclose it”.