Street Vendors and the State: The Quest for Legality

It is imperative to recognise the vital role of street vendors in the economy and grant them meaningful legal visibility that they have been denied for decades, rather than adding to their hardships.

Street vendors are an integral part of the informal economy of India. From providingaffordable 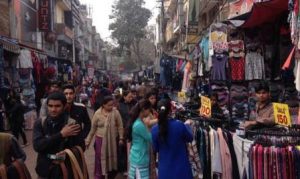 essential goods to an assortment of tangy street foods, they are an indispensable part of our urban lifestyle. Street vending is a popular form of self-employment because of the ease of entry and exit and low start-up capital. Urban public spaces are lush with various heritage and natural markets, but, unfortunately, the uncertain legal status of these vendors renders them vulnerable to harassment and evictions. People are ready to benefit from street vending services but quick to label these self-employed individuals as ‘encroachers’ when need be. Despite being the most visible as they physically occupy public spaces, the state apparatus has made vendors invisible for the legal machinery as officials continue to extort money from them. The current global pandemic has furthered their predicament and they are left to fend for themselves. Various videos of police brutality made the rounds of social media early in the lockdown as frustrated vendors ventured out to sell essentials. It is imperative that the government and people recognise and celebrate their contributions instead of adding to their hardships.

The earliest discussions on the rights of street vendors transpired in judgements like Bombay Hawkers Union vs. Bombay Municipal Corporation (1985 )and Sodan Singh vs. New Delhi Municipal Corporation (1989). Sodan Singh discussed the use of public spaces, the basic rights of street vendors under Article 19(1)(g) of the Constitution, and urged the government to regulate street vending. In spite of this judgement, the government failed to engender effective policies. The breakthrough towards the National Policy of Urban Street Vendors 2004 was initiated by the formation of the National Association of Street Vendors of India (NASVI) in 1998. In a workshop organised by NASVI in 2001, the minister of urban affairs announced a National Task Force on Street Vendors for formulating a comprehensive policy. This policy was accepted by the cabinet in January 2004 and later revised in 2009.

The national policy was not legally binding and left a legal lacuna as legislators failed to enact proper regulatory mechanisms.

The judgements in Gainda Ram vs. Municipal Corporation of Delhi (2010)and Maharashtra Ekta Hawkers Union vs. Municipal Corporation, Greater Mumbai (2013) stipulated participatory processes for regulation. These judgements along with civil society efforts facilitated the enactment of the central law. The Street Vendors (Protection of Livelihood and Regulation of Street Vending) Act, 2014 directs appropriate governments to form schemes and rules for the regulation of street vending. It establishes the rights and obligations of vendors, provides protection against harassment, has provisions for the constitution of Town Vending Committees (TVCs) with 40 per cent vendor participation, and facilitates dispute resolution by creating grievance redressal channels.

The implementation of the Act, however, has not been satisfactory. The 2019 CCS Report on street vendors 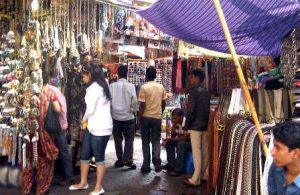 investigated the judicial interpretation of the Act and its execution in various states. The findings indicate a slow implementation. Only four states had complied with the constitution of Grievance Redressal Committees. And 42 per centof the TVCs formed did not have proper representation from the vending community and only 31 per cent published a vendor charter as required in the Act. The judicial interpretation around eviction also remains vague as the courts in the absence of an initial enumeration survey rely on data that pre-dates the law. The courts also overlook the overriding effect (section 33) of the 2014 Act. Usually, an anti-vendor stance is taken when there is a trade-off between vendor rights and public interest.

The 2020 CCS Report on street vendors analysed the various schemes and rules as established by appropriate governments. In various cases, these are in consistent with the parent Act. These schemes often work against the vendors by introducing ambiguous terms like ‘misbehaviour’ as a reason for eviction. Due to low levels of awareness about the legal protections and the further poor implementation of those protections, street vendors usually end up bearing exorbitant costs to protect themselves from harassment by police and local bodies. This form of corruption leaves little incentive with the local authorities to form and implement effective policies for street vending. The state should create more scope of participation by associations like NASVI and National Hawkers Federation (NHF) for enumeration and policy making processes to keep local bodies in check. The NHF recognises around 4 crore hawkers in the informal economy, a number much higher than the official count. In a recent webinar organised by the CCS, members of NHF expressed their concerns about ground realities including the kind of harassment vendors go through on a regular basis and the form of corruption at various levels.

Eviction remains one of the most contentious issues. The dismantling of the heritage market Meena Bazaar last year agitated numerous stakeholders.

Such eviction-drives regularly conducted by local authorities remain at the cusp of legality as they adhere to pre-dated lists of vending zones and abolish natural or heritage markets that are protected by the law.

The lack of commitment of the state in recognising and protecting street vendors has been evident. And during these tumultuous times the basic means of livelihood of street vendors has been further endangered. The Government of India on 23 March 2020 declared a nationwide lockdown shutting down public spaces. Vendors selling non-essentials have gone out of business with meagre savings to sustain themselves during the lockdown. Not only vendors, but other daily wage workers in various fields have been adversely affected and many have also resorted to vending and delivering vegetables and fruits. A report shows that local vendors have played a vital role in realising consumer demands and have performed better than e-commerce websites.

The PM Street Vendor’s Atmanirbhar Nidhi (PM SVANidhi), launched on 1 June 2020, is a microcredit facility for street vendors. It provides initial working capital loans up to Rs 10,000 at affordable interest rates for one-year tenure. The scheme does not provide non-repayable financial assistance and only accounts for 50 lakh vendors as opposed to the unofficial figure of 4 crore. In the absence of a proper initial survey after the enactment of the 2014 Act and the non-compliance with the enumeration drive every five year, as specified in the Act, has left the government with incomplete data. Now, this inaccurate data will become the basis of who can avail the loan. Ultimately, the self-employed street vendor has to bear the hazardous consequences of an inefficient and corrupt government. It is imperative that we recognise the vital role of street vendors in the economy and grant them meaningful legal visibility that they have been denied for decades, despite being entwined with both our country’s cultural heritage and the daily needs of modern lifestyle.

(The writer, a public policy researcher, is pursuing MA in Law, Politics and Society from Ambedkar University Delhi. She can be reached on twitter @bishty

The Perils of a Soldier