The Study has revealed that the β-TrCP1may be explored as a therapeutic agent to fight cancer. 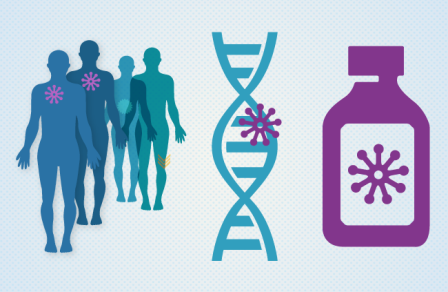 perpetuation of life on earth. However, the DNA molecules that store this genetic information are susceptible to damage caused by many internal and external factors that cells are frequently exposed to. Such genotoxic stress experienced by the cell is one of the main factors contributing to the development of cancer.

Organisms have evolved cellular mechanisms that trigger a DNA damage response and repair system, which helps prevent cancer development under normal circumstances. But if there are defects in this, they can lead to cancer. The various components of the system have, therefore, been the objects of research aimed at understanding the biology of cancer and identifying therapeutic targets.

One such molecule of interest is a protein called “β-TrCP”, which controls many cellular processes including DNA damage response. In humans, there are two forms of this protein, β-TrCP1 and β-TrCP2, whose deregulation has been associated with many diseases, including cancer.

Studies have shown that while β-TrCP1 can act as a tumor suppressor molecule, β-TrCP2 has the potential to act as an oncogene. Tumor suppressors protect the genome from damage-causing factors, whereas oncogenes counter this tumor suppressor function and allow genetically abnormal (cancer) cells to grow. This raises questions as to whether β-TrCP1 and β-TrCP2 molecules interact with each other, and if so, how do they do it.

A new study by a team of scientists at the National Centre for Cell Science (DBT-NCCS) in Pune, an autonomous institute of the Department of Biotechnology (DBT), the Government of India led by Dr. Manas Kumar Santrahas gained some insights into this.

It has shown for the first time that β-TrCP1 and β-TrCP2 communicate with each other and show cross-regulation during DNA damage response. They have established that when the cell experiences genotoxic stress, β-TrCP1 tries to inactivate the function of β-TrCP2 so as to activate p53, another important tumour-suppressor protein considered as a “guardian of the genome”, thus protecting the cell from DNA damage and cancer development.

Their study has thus revealed that the β-TrCP1may be explored as a therapeutic agent to fight cancer. The study team has published a report on its findings in the journal, Journal of Biological Chemistry (JBC).