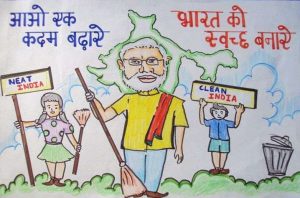 D uring the period of independence, the country had a population of 30 plus crores. And the urban population was roughly about six crores. According to the latest Census report, urban population is now more than 40 crores as urbanisation became rampant. Many states have achieved more than 50 per cent urbanisation but their worries to provide basic civic amenities including water and sanitation looms large.

As the population continues to rise, alarming health and sanitary issues as well as water woes across the country are coming to the fore. Can these be resolved?

In India, reuse and recycling of treated sewage is considered important because of two advantages which are reduced pollution in receiving water bodies and reduced use of fresh water for various purposes.

Reuse of treated sewage after necessary treatment in order to meet industrial water requirements has been in practice for quite some time in India. In some multi-story buildings, the sewage is treated in the basement itself and reused as make-up water in the building’s air-conditioning system.

“A couple of major industries in and around Chennai and Mumbai have been using treated sewage for various non-potable purposes. In Chandigarh, about 45 million litres of day (MLD) sewage is given for tertiary treatment and then used for horticulture, watering of lawns etc. In Chennai, it has been envisaged to treat 100 MLD up to tertiary level, and use it in major industries.”

Almost a decade ago, the Central Pollution Control Board had carried out a study over the issue of sewage treatment across the country. Repeatedly, it had an Inventorisation of Sewage Treatment Plants (STPs) study which covered 816 of them in 28 States and UTs with their total capacity of about 23,277 MLD. Out of the larger states, Maharashtra had the highest capacity of 5,160 MLD and Gujarat, Uttar Pradesh and Tamil Nadu followed with capacities of 3,062, 2,646 and 1,799 MLD respectively.

However, all the waters were not treated and full capacity utilisation was not achieved. India is treating only about 30 per cent of its sewage, according to statistical data.

What is more shocking is that 85 million of urban population lacks toilet facilities, as per a study. This was calculated on the basis of 14.7 million households which lack sanitation facilities in the country, and assuming each one of them has five members, the figure arrived at was 85 million. Out of urban households, 12.6 per cent defecate in the open while the figure is 18.9 per cent among the urban slum population.

“The Swachh Bharat Abhiyan which was launched on October 2, 2014 and has a national deadline of October 2, 2019 coinciding with Mahatma Gandhi’s 150th birth anniversary, has so far provided basic sanitation facilities to 8,53,95,170 households. Across the country, 21 states including UTs and 459 districts have been declared open-defecation free.”

However, claims by the Government have not been accepted at face value such that even CAG reports have pointed out irregularities in the implementation. There are suggestions to improve the performance through capacity addition and direct benefit transfer of subsidies to the people to achieve the objective.

Could sanitation be made profitable?

In many countries, there are options to generate money out of sewage treatment. For example, sewage sludge, produced as a by-product during sewage treatments of municipal or industrial waste water, are converted into cooking balls and used in kitchen stoves in African countries like Kenya.

“India has a better potential to convert sewage sludge into cooking balls but conservative minds and sentiments prevent even the use of recycled sewage water for household purposes.”

In many parts of India, sewage treated waters are used for industrial purposes. In the US, there has been research to convert sewage into biocrude oil at the Pacific Northwest National Laboratory (PNNL) run by the Department of Energy.

“There is plenty of carbon in municipal waste water sludge and interestingly, there are also fats,” said Corinne Drennan, who is responsible for bio-energy technologies research at PNNL. “The fats or lipids appear to facilitate the conversion of other materials in the waste water such as toilet paper and keep the sludge moving through the reactor, which produces a very high quality biocrude which when refined, yields fuels such as gasoline, diesel and jet fuels,” she said.

Speaking at the inauguration, Union Minister congratulated the researchers and scientists involved with the pilot project and said this plant is a unique example of how waste can be made into a profitable mine. Dr. Vardhan said that this plant, which can convert 10 lakh litre of sewage into clean water and generate three tonnes of biofuel, will be scaled up and will become a model for the world.

“In another unique initiative at the site, Department of Biotechnology undertook afforestation of marshy flood plains, degraded and unusable lands and planted 2,281 plant and tree species.”

This not only cleans the area and mitigates mosquito breeding, but also purifies the air and soil. The species and the spacing of the planted material is carefully planned using a technology which allows these trees to grow rapidly and within a short span of two-three years in order to recover an ecosystem of birds, insects and animals.

Earlier several attempts were made to convert sewage into a public utility that included a bio-gas plant in Delhi for power production.