Thriving in the Troubled Neighbourhood

Cooperation is the only road to stability and efforts must be made to accommodate diverse perspectives and attain peace and progress.

The pragmatic message from Robert Frost–“Good fences make good neighbours”-–strikes true in the current quagmire India has found herself in. The lack of rigid fences or rather the ambiguity regarding` where to draw the line has led to skirmishes and escalation of tensions among the neighbours in South Asia. 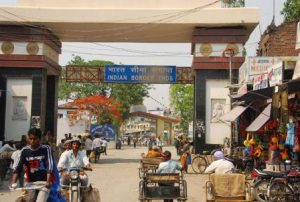 In May 2014, shortly after assuming power, Prime Minister Narendra Modi announced the ‘Neighbourhood First’ policy with its focus on prioritising relationship with SAARC member states: Afghanistan, Bangladesh, Bhutan, the Maldives, Nepal, Pakistan and Sri Lanka. With the objective of creating an atmosphere of regional cooperation and harmony, promises were made of engaging in active bilateral talks and building of regional synergies. South Asia, with its shared history, legacies and rivalries seemed to move towards a more stable future marked by dialogue and cooperation. Today, the bulk of promises remain unfulfilled as India’s neighbourhood continues to be as dangerous and unstable as ever, with her bilateral relations in shambles.

The changing dynamics between India and her SAARC neighbours exposes how hackneyed fault lines are being raked up intermittently to be used for one’s advantage. Commencing from west, we have Pakistan, the neighbour that had once promised to ‘bleed India with thousand cuts’. Despite the promises of bilateral talks and Modi becoming the first Indian Prime Minister to visit Pakistan since 2004 in 2015, the countries had to retrace from the brink of war in 2019 and high profile skirmishes continue to plague them, with the heads of both states distancing from any form of dialogue. The vital security interests and contributions of India in rebuilding Afghanistan were given the cold shoulder during Afghan peace process. Taliban’s rise to power in Afghanistan might prove to be a setback for Indian interests in the country. “India’s 18-year-old effort to strengthen ties with Afghanistan should not be lost at this juncture. India’s indifference to the evolving situation in Afghanistan will likely cost it in long run”, stated Shaida Abdali, former Afghan ambassador to India.

Nepal has become the neoteric addition to antagonist neighbours, with the Parliament of the country approving the new political map of Nepal that figures the territories of Kalapani, Lipulekh and Limpiyadhura, which were claimed by India. The ‘roti-beti’ relation seems to be forgotten as PM KP Sharma Oli accuses India for trying to topple his government and several parliamentarians call for continuing the border restrictions imposed during the pandemic.

Another event, which set the alarm bells ringing, was the Indian farmers in the border districts of Assam accusing Bhutan of blocking the flow of water from the transboundary Kalindi River to the irrigation channels in Assam.

Although the Bhutan government categorically denied the claim and clarified that in the light of border restrictions imposed due to the pandemic, the channel repairs are being carried out on the Bhutanese side and the allegations are totally ‘baseless’, the incident did kick up a storm showcasing the need to prevent any future ‘misunderstandings’.

Sri Lanka, Myanmar, Bangladesh and the Maldives are walking the tight rope in balancing their relations between India and China, but in the context of their economies being flushed with Chinese money, it is no wonder when their foreign policies shift in favour of China. With Indo-Chinese relations hitting the rock bottom following the military confrontation at the Galwan Valley, there can be no denial of the imbroglio in South Asia.

China, shortly after Xi Jinping took to his office in 2013, commenced the propaganda blitz extolling the China Dream. Intent on creating a stronger China, which counters the US hegemony at international level and plants itself as the sole hegemony of South Asia, the China dream began to be implemented through a series of effective tactics leveraged on its rising economic prowess. Along with massive increase in military spending, China also emerged as a major arms supplier for the South Asian countries, joining the ranks of the US, Russia, France and Germany. Chinese arms export to Pakistan stood at whopping USD 6426 million, followed by Bangladesh at USD 1930 million and Myanmar at USD 1283 million between 2008 and 2018.  Along with military ties, trade relations between China and its South Asian neighbours are also soaring despite the gaping trade imbalances that blemish them. The study by Brookings India revealed that India’s trade with South Asian countries has remained less than 4 per cent of its global trade since the late 1980s, while China has expanded its exports to the region by 546 per cent, from USD 8 billion in 2005 to 52 billion in 2018. The Belt and Road Initiative (BRI) proved to be a game changer, which, through the well-worn strategy of debt trap diplomacy, has granted China invaluable strategic trump cards. 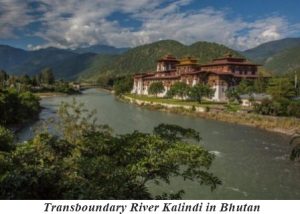 Sri Lanka leasing out the Hambantota port to China Merchant Port Holdings Limited [CM Port] for 99 years for USD 1.12 billion in 2017 is often the most cited example of debt trap diplomacy coming to fruition. Amid rising concerns over the possibility of the port being misused for military purposes, India had entered into a joint venture with Sri Lanka to operate the Mattala Rajapaksha International Airport in 2018, an action described as a checkmate by many, as it would allow monitoring of Chinese activities at the port with a hawks eye. However, this was declared ‘off the table’ last year by Sri Lankan President. With the request  to India for postponement of debt repayment owing to the current economic crisis still ‘under consideration’, Sri Lanka received an additional USD 500 million loan from China as financial aid, accentuating the debt crisis and making Sri Lanka the country with Asia’s most distressed sovereign debt. Pakistan is no better, owing almost USD 19 billion to China due to China–Pakistan Economic Corridor. Myanmar, Bangladesh and the Maldives have also been cautioned by their own officials against following the example of Sri Lanka and other African countries. As the Maldives Speaker of the People’s Majlis, Mohamed Nasheed warned in December 2019, “Already, without firing a single shot, it (China) has grabbed more land than the East India Company did, South Asia should not go the way it did in the 18th century”. China’s financial plumbing in South Asia is nevertheless bound to align the national interests of these countries with that of China. For instance, the development of Gwadar Port in Pakistan shall resolve China’s Malacca dilemma, while the CPEC and OBOR shall set stage for the activation of ‘string of pearls doctrine’– the encirclement of India by Chinese military and commercial facilities and greater Chinese presence in the Indian Ocean Region (IOR).

The current scenario calls for not a reaction, but a well-calculated response from India. India has to respond to the current crisis at three levels; at the international level where India factor into the equation of animosity between the US and China; at the regional level to counter the strategic encirclement of India in South Asia; and at the bilateral level, where it has to exert its national interests without antagonising others.

At the global level, international platforms like UNSC, where India has been selected as the non permanent member, and G20 can be used to rally consensus and support for the causes of India.

The strengthening of Quad (Quadrilateral Security Dialogue) alliance between India, the US, Japan and Australia, and the SAGAR (Security And Growth for All in the Region)initiative can counter the rising influence of China in Asia Pacific and Indian Ocean. At regional level, India must refrain from extrapolating the role of China in the current squabbles. For instance, the Nepalese leadership has been accused of using the anti-India sentiments, which have prevailed since the 2015 blockade to draw attention away from its mishandling of Covid19 pandemic. The channels for communication must remain open and efforts must be made to solve the current conflict of interests through mutual dialogue and cooperation, bilaterally as well as using platforms for dialogue and joint action like SAARC, BIMSTEC and BBIN. The beneficiaries of BRI must be cautious against moving to a debt trap and learn from the experience of Pakistan, where a loss of USD 625 million from CPEC due to Chinese corruption was recently exposed.

While it is true that India doesn’t have the economic wherewithal of China, the best way to negate this disadvantage shall be through the development of self reliance. China has technologically hollowed out India and the resultant trade imbalance with China shall continue to be a headache, unless it is addressed by developing the national capabilities to deliver strategic, economic and security outputs. This shall also enable India to act more proactively towards its South Asian neighbours. To conclude, as Atal Bihari Vajpayee quoted in the context of rises and falls in Indo-Pak relations, “you can change friends, not neighbours,’ hence cooperation is the only road to stability and efforts must be made to accommodate diverse perspectives and attain peace and progress.