The TTV Dinakaran group remains under dilemma whether to contest the polls or to appeal – even though majority of the disqualified legislatures opted for appeal, their leader openly favoured to meet the voters. 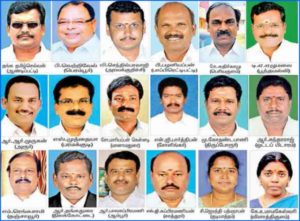 When the Madras High Court verdict on disqualification of 18 ruling party legislatures was released back in 2017, it created a widespread anticipation of immediate election to 20 vacant constituencies. However, such an opportunity was quashed once the TTV Dinakaran-led outfit decided to appeal against the verdict. However, there are still several unanswered questions.

As far as the Dinakaran-led party is concerned, it didn’t expect a negative verdict to begin with. They kept telling themselves that they will form the government with the help of “Sleeper Cells” within the treasury benches.

“A day before the verdict, Thanga Tamizh Selvan of the rebel group said that they would straight away hold fort following a favourable judgement.”

But what transpired was contradictory. Now, they remain under dilemma whether to contest the polls or to appeal – even though majority of the disqualified legislatures opted for appeal, their leader openly (before the Media) favoured to meet the voters.

Attorney of the disqualified members, Raja Senthur Pandian reacted with disappointment and informed that they would look at both – courses of legal remedy and meet the voters – while talking before the Press immediately after the verdict. It is evident as Dinakaran has said, if the Election Commission (EC) announces poll, they don’t go to the Supreme Court (SC) of the country as it is stipulated under the law that aggrieved parties have 90 days of time to make the appeal. Therefore, till January 25, 2019, they have time. Above all, citing the erstwhile B.S Yeddyurappa case, Dinakaran believes that they would ultimately win in the apex court similar to the victory of rebels of Yeddyurappa who is currently the leader of the opposition in the Karnataka Legislative Assembly. Hence, still they have not arrived at a solution.

Dinakaran wants the EC to blink first. But the Chief Election Commissioner has said that once the appeal plea is submitted, the poll process would not start or further progress. Therefore, Dinakaran is buying time to decide.

The calculation of the delayed decision might have been derived after thorough analysis of few other relevant aspects. The state expects its local body elections to be conducted soon. Secondly, as it is the monsoon season between October and mid of January, it is not suitable to conduct elections. The monsoon would end before January 15 or during ‘Pongal’ or the harvest festival of the state on January 14.

“In Tamil Nadu, a lot of people would move to their native during the Pongal season. Since the entire week of Pongal (January 14 which is a Monday to January 18 which is a Friday) would be a holiday week in the state, it is expected to attract huge voter turnout.”

Many political parties would welcome such an idea without fail. Moreover, parties would entertain the voters with various ‘Pongal’ gifts keeping in mind the advancing poll. Dinakaran’s strategy is to exploit such an enigmatic opportunity and gather votes with a possibility of 85 per cent mass voter turnout. His party’s chance is also boosted in a multi-cornered contest in terms of gathering higher percentage of votes. Even if they fail to win, gaining a larger vote base would keep their political fortunes alive. Beyond all odds, that is more important for the ‘original’ AIADMK which can be seen in the backdrop of CM Edappadi K Palaniswami’s statement that DMK is the foremost rival and Dinakaran is a smaller rival.

Besides, Dinakaran is said to be a shrewd calculator of socio-demographic mix of each constituency in the state. He might have already studied all the 20 constituencies and would have prepared a master plan either to win maximum or to spoil the winning chances of the ruling party.

“Once successful in splitting of votes on a large scale, Dinakaran could later bargain to merge both the parties.”

Before all such strategies, he has to decide about re-contesting the disqualified legislators. It may be an arduous task for him. Even refusing to ground few of them may backfire and he could lose his credibility among his followers. Even if he permits all the legislators to contest again, they should be ready to contest. Most of them may seek judicial remedy for fear of contesting under a different party symbol, this time. Therefore his dilemma is multifarious.

Following the death of AIADMK supremo J. Jayalalithaa, the ruling dispensation was termed for various uncertainties. However, initial splits have vanished and the party seems to be settled in strong grounds. It echoes in the style of governance itself.

The Chief Minister ‘Edappadi’ K Palanisami has shown courage, cleverness and clarity in resolving several immediate challenges. He didn’t hesitate to dislodge his earlier mentors V K Sasikala and her nephew Dinakaran, who offered the CM seat, by annexing larger rival group under his predecessor OPS. Starting from there, he faced many serious situations like anti-Sterlite protest and stir against Eight-lane expressway project etc. DMK is far from tired when it comes to filing cases after cases in reference to corruption and even urged the governor to take action immediately. In the meantime, the judgement of upholding the disqualification came as a morale booster to the duo and it has consolidated their grip over both the government and the party.

“The next challenge would be winning at least 10 seats in the poll to acquire simple majority in the Tamil Nadu Assembly. Currently, 115 members are said to be with them, though six of them operate openly with Dinakaran’s party.”

Hence, adding 10 members would make them 119 plus one in the case of a tie, if asked to prove their majority by the Speaker, and therefore would keep them in power as 118 is the magic number for the simple majority. Therefore, their dynamism might reflect in their actions.

Adding a surprise, they have called all the rebellious elements to return to the parent body since it is considered as a family. This may show that they would not like to leave even a small chance to the Dinakaran outfit to split the votes and claim the legacy of MGR and Jayalalithaa. 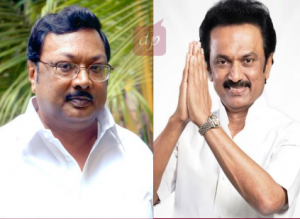 in the SC. Out of the 20 constituencies, 10 are from southern districts that include Aravakkurichi and Thanjavur. At earlier occasions, DMK failed to win those southern segments due to factional war in particular caused by the M K Azhagiri faction. This time also, similar attempts would be done to force Stalin to re-admit his elder brother into the party. As the polls are conducted amidst bitter multi-cornered contest, splitting of votes would cause a defeat by a hair. It is important for the DMK to make such thinner wins rather than the ruling party.

The AIADMK duos may have a strategy to use Azhagiri without any doubt. Azhagiri went to his one-time bete noire and presented himself at minister ‘Sellur’ Raju’s home to mourn the death of his mother is being cited widely for such an understanding.

In hindsight, the duo, who also enjoy the BJP’s support, are more dynamical than their arch-rival DMK.