Why we miss #MeToo for the neglected majority?

When major movements like #MeToo expose the violations working women face in various jobs, what still misses our attention is the plight of working women in the unorganised sector. 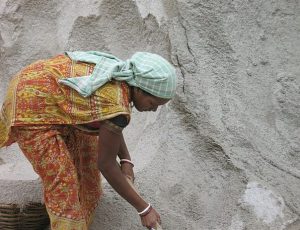 While the revolutionary #MeToo Wave continues to make its presence felt, what many of us would ponder is how much of the women workforce of the 21st century India, it has been able to capture. Is it only a tool for the privileged classes or will it ever be able to penetrate into sectors that are hardly spoken about?

For this, it is important to look back to the late 1990s when following what is called the LPG (Liberalisation, Privatisation and Globalisation) of the economy, many new opportunities opened up for the hitherto unexposed women in both the formal and informal sectors.

Large number of women started coming out of their homes in order to contribute to their family’s income. However, they were mostly unskilled and uneducated and so the kind of jobs they got were also likewise.

“The 64th NSSO report on employment (2007-08) shows that around 96 per cent of the female workers in the country are employed in the unorganised sector.”

However, whether the country is able to respond to their interests specific to the kind of jobs they do is something to be analysed. A 2018 study by the Garment Labour Union, Bengaluru, titled “Labour without Liberty” looks into the situation of the female workforce in the garment industry of Bengaluru which forms 80 per cent of the industry. The study finds that, among the 11 indicators of bonded labour specified by the International Labour Organisation (ILO), five of those existed in the industry. These were Abuse of vulnerability, Deception, Restriction of movement, Intimidation and threat and abusive working and living conditions.

It reveals that because of the perceived submissiveness of the young migrant women workers, they are often seen to be working for inexorable hours in pitiable working conditions and living in the most congested and unsanitary places.

A 2012 poll conducted by Oxfam India and Social and Rural Research Institute, a wing of IMRB International, states that the women most vulnerable to sexual harassment at workplace were labourers (29 per cent), domestic workers (23 per cent) and those working in small-scale manufacturing units (16 per cent).

Further, the Garment Labour Union reports that “one in 14 women working in Bengaluru’s garment industry had experienced physical violence, while a startling one in seven had been forced to commit a sexual act or forced to have sexual intercourse at work”. However, the 2012 poll found that actions were taken in only 3.6 per cent of the complaints received for sexual harassment, with not a single person being convicted.

“When it comes to legal protection available to these female workers, laws relating to maternity benefits, against sexual harassment at workplace and equal remuneration are the important ones.” 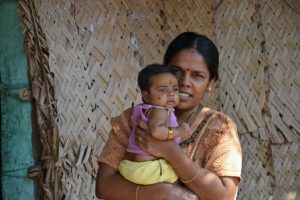 The primary legislation governing the maternity benefits for the female workforce in India is the Maternity Benefit Act 1961 and the recent 2017 amendment to it. However, under section 2 of the Act, its application is limited to “each processing plantation, mine or factory (including those belonging to the Government) and a foundation occupied with the show of equestrian, aerobatic and different exhibitions and further to each shop or foundation wherein at least 10 people are utilised or were utilised on any day of the former 12 month.”

This requirement of at least 10 persons and the time period of 12 months in the Act leads to the exclusion of maximum women working in the vast informal set ups from its benefits.

A 24-year-old woman working at a food processing unit in Delhi was terminated from her job when she was in the fifth month of her pregnancy. She had worked for almost 12 months at the unit when she got pregnant. Though this is clearly against section 5 of the Act, which prohibits an employer to dismiss or reduce the wage of the worker on the reason of her pregnancy, she was not a direct employee as she was employed through contractors to work in the factory set-up, and hence couldn’t avail any benefits guaranteed under the maternity benefit law. This was the situation of maximum female workers who are denied the benefits under the Act due to one or the other reason.
According to the 61st NSSO report (2004-05 round), female workers aged 15-49 who are eligible for maternity benefits under the Act are just three per cent of the total women work force.

Even though this loophole in the Act is widely known, the situation was not addressed in the 2017 amendment act.
We could take the example of the domestic labour workers in the urban area. Because of their highly unorganised nature, they are neither covered under the Maternity Benefit Act 1961 or under its amendment act. Further, as already pointed out before, the vulnerability of these workers for sexual harassment by their own employers is very high. Because of lack of internal complaints committees and as most of the districts are yet to form local complaints committees as mandated by the Sexual Harassment of Women at Workplace Act, 2013, almost all such incidents remains unreported.

It is to be noted that there is a lack of recent official data available regarding female labourers in the country.

“The last NSSO report that somewhat deal with female employment in the unorganised sector is the 64th NSSO which is for 2006-07.”

Thus, there is an urgent need for recent official data covering the situation of women in the informal sector. It is time we realise that movements like #MeToo won’t be meaningful in India unless it is able to benefit this neglected majority of women workforce.

The writer is pursuing Bachelor’s degree in Law from Symbiosis Law School, Noida. She can be reached on twitter
@sajal_babu7