Women in Politics: Beyond Token Representation in Parliament

A positive enabling environment alive with gender equality in terms of access and opportunities, distribution of resources is equally important for success of women in politics. 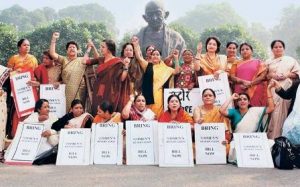 As the US Presidential Elections are approaching, the amount of recognition women in politics are getting is commendable. The historic rise in the number of women parliamentarians in the House and Senate in 2018 had been a good start for the US, .which till now ranks 75th of the 193 countries, when it comes to women representation in the parliament.

Moving forward, Finland, welcomed their woman Prime Minister last year, UK’s latest general elections that witnessed the highest number of female members elected to the parliament. In countries like Bolivia, Brazil and Mexico, the elections saw the highest numbers of female candidates running for seats. In India too, the 2019 Lok Sabha elections paved way for 78 women legislators to represent our parliament.

These countries which have the highest number of women MPs, still have a long way to become gender equal when it comes to political representation; as is seen from the SDG Gender Index 2019. A major reason for this could be lack of women in the highest ranks of power. For instance, Rwanda has gender-balanced Cabinet with 52 per cent of its member’s women and 61 per cent of parliament members are women. However, reports suggest the real influence these women parliamentarians have is often limited.

The SDG Gender Index 2019 paints a different reality and reminds us to look beyond the measure of women in parliaments alone when assessing how a country has fared in promoting gender equality in the political space.

The progress is slow and uneven. Women are still underrepresented in politics, parliaments and public life. Women make up less than 23 percent of parliamentarians, with an average of 18 per cent in the Arab region, while men make up more than 77 per cent, leaving a more than 50 per cent gender gap. Attitudes towards women candidates are still largely characterised by deeply ingrained stereotypes and political opponents will often use those stereotypes to question women’s capabilities.

When you talk about countries with highest number of female representations in the parliament, the quota system or ‘reservation’ seems to be a common factor behind more women in politics as legislators. For instance, while women dominate Rwanda’s national legislature (thanks to the 30 per cent quota for women in parliament and government), the 2014 electoral law in Bolivia required 50 per cent of each political party’s list to be women. Similarly, countries like Mexico, Costa Rica, Nicaragua, South Africa, etc., too have legislated quotas to ensure that women are elected in their respective parliaments.

Argentina adopted the world’s first gender quota law in 1991, mandating that political parties nominate women for 30 per cent of the electable positions on their candidate lists. However, according to Tiffany Barnes research paper titled “Women’s Representation in the Argentine National and Sub-national Governments”(2018), the country is still combating problems of gender inequality including domestic violence and sexual harassment. One major reason for the situation is because the women parliamentarians have limited powers and are largely underrepresented. The scenario is pretty similar in Rwanda.

However, the ability of Rwandan legislators, male or female, to shape and design policy is largely limited by whether or not the executive branch approves of the policy suggesting that greater participation did not immediately mean greater legislative gains. As a result of limited powers and opportunity for women in policy making, it is not surprising that gender violence is still a major problem in Rwanda. 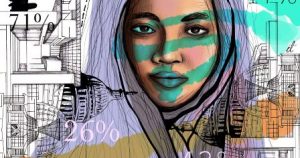 The Case in India

In India we have seen that with every election, more women MPs are occupying the centrestage, i.e., 78 women MPs were elected to the parliament out of the 700-plus female candidates who contested the 2019 general elections, 43 percent of the women coming from a political class, more and more independent candidates fighting their way out in the most controversial seats and women like Remya Haridas, 32 year MP from Kerala (second ever Dalit MP) and Pramila Bisoyi, 69 year old MP from Odisha who belongs to a economically lower class are now representing their constituencies in their parliament.

However, when it comes to women in politics and their involvement in real decision-making process, the power still lies with the men. There are still 176 males MPs as compared to the 78 woman MPs in the Lok Sabha and 20 out of the 240 MPs are women in the Rajya Sabha. The numbers of women MLAs are much worse. While national parties like the Bhartiya Janata Party (BJP) and Indian National Congress (INC) try to sell the idea of reservation on paper, they have hardly managed to stand by their own words when it comes to giving more women an equal chance to participate in elections.

Even regional parties that are led by women (TMC, BSP, AIADMK by late Jayalalitha, etc) have failed to field more women.

Further, talking about the women parliamentarians in the country, the 17th Lok Sabha elections recorded a total number of 78 women (14 per cent) out of the 542 seats coming to power, still less than the proposed 33 per cent and out of these women MPs, tragically only 3 out of the 78 women parliamentarians were given Cabinet Ministerial positions. In the 16th Lok Sabha session, only 11 women MPs introduced Private Member’s Bill, around 17 had over 90 per cent attendance as compared to 39 in the present session.

According to the National Crime Records Bureau ( NCRB), the number of cases reported on crimes against women has been increasing in the last three years. Uttar Pradesh has again topped the list with 56,011 cases of crime against women. It is followed by Maharashtra with 31,979 cases and West Bengal at 30,002. Interestingly, these are among the States with most number of women MPs elected. This means that somewhere women MPs still remain invisible or there are underlying interconnected barriers (more male MPs occupy greater control over party positions—party leaders who decide their agenda and are more visible in the public sphere, their success or failure depends on their party’s performance broadly or even the caste they belong from) that restrict their growth and visibility in a male dominated environment.

Even though reservations are an important tool for more women in politics to enter the parliament, a positive enabling environment alive with gender equality in terms of access and opportunities, distribution of resources are equally important.

While more women MPs will eventually have an impact on the gender hierarchy in the public space and in this case the Parliament, the liberty to take action without pressure and work independently will make a great impact on their performance and a transformation in their leadership. This can only come through “Awareness, Recognition and Demand” of the women, by the women and for the women.

It’s Easy to Say, but Hard to Stay