10 Minutes 38 Seconds in This Strange World

By bringing forth the lives the state does not recognise and delving into personalities that are deemed “not normal”, Shafak tries to oppose a society that normalises behaviour and, in the process, perpetuates repression.

Elif Shafak is an award-winning British-Turkish writer. She is also popular for her activism and advocacy of women’s empowerment, LGBT rights, freedom of speech and minority rights. 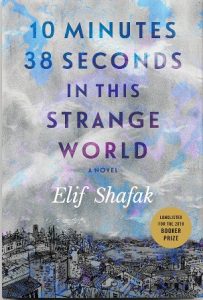 For her active indulgence and vocal participation, she has been hauled to court by the Turkish government. She was summoned to court for her characters’ dialogues in her work The Bastard of Istanbul (2006), but that did not cease her enthusiasm and she continues to write and talk about inclusion, embracing heterogeneity and challenging oppressive and authoritarian systems. Shafak has delivered TED Talks on the relationship of politics and fiction with great eloquence and clarity of thought. She is also an academic with a PhD. in Political Science and has taught at universities in Turkey, the US and the UK.

Shafak’s latest novel, 10 Minutes 38 Seconds in this Strange World, was published last year and was shortlisted for the Booker Prize 2019. It is a harrowing tale of the murder of a sex worker, a political fiction about death, mourning, and friendship as she explores the lives of society’s outcasts. Shafak talks in her interviews about the structure of the novel, it is based on two dominant ideas. First, the research around a few minutes of mental activity after death partially inspires the structure as Tequila Leila ruminates about her life lying in a dumpster where she is left by her murderers. Second is the Cemetery of the Companionless, an actual cemetery on the outskirts of Istanbul where society’s outcasts are buried with number tags and without proper rituals. Shafak explains that the novel reverses the process and tries to commemorate the life of people reduced to a number by the state and society. Most of the characters, she mentions in the ‘Note to the Reader’, are inspired by real people she met in Istanbul.

10 Minutes 38 Seconds in this Strange World is predominantly set in Istanbul with reminisces of a small town Van, where the protagonist spent her childhood.

It tells the story of Leila a Turkish woman born in a small town Van to orthodox parents. She runs away from her childhood home, but she gets sold to a brothel and finds herself working as a sex worker upon arriving in Istanbul. Leila remembers her life and her friendship with her five close friends as she lies there in the dumpster. The novel covers the time from the 1940s to the 1990s and recognises important historical events like the massacre in Istanbul on International Workers’ Day in 1977. It portrays a city that is politically divided and often opens up questions of the implications of these political divides on individuals. The act of questioning is important to the novel and it creates the space to think, a space to doubt faith without dissolving it completely, a space to recognise diversity, and to empathise with lives even if we may not comprehend them fully. The novel highlights the struggles of those not acknowledged by the legal machinery or the state and are systemically oppressed. It also urges the readers to venture into such silences and fill those silences with acceptance, understanding, and acknowledgement.

The structure of the novel is divided into two parts: the body and the mind. The novel takes a similar route with the initial chapters in the mind section filled with remembrances as a portrait of Leila is constructed for the readers. This initial segment is internal as we navigate the psychological landscape of Leila’s being through her memories. 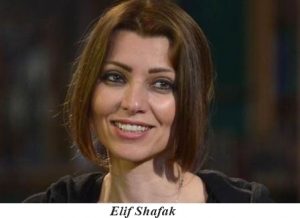 All these vignettes of her life are kindled by smell and taste. Leila recalls the lemon and sugar from leg waxing days when all the ladies would gather in their house in the scantiest of clothing with legs spread as opposed to when they visited on the days of Quran readings fully covered from head to toe and legs tightly pinned together. The smell of wood-burning stove, cardamom coffee, and the taste of single malt whiskey, homemade strawberry cake along with numerous other sensuous feelings remind her of her time in Van and Istanbul.

Amidst these remembrances are interspersed her five friends, her support system in Istanbul. In the mind segment of the novel, the space dedicated to these characters is not much and fails to do them justice. The short descriptions of their life leave the readers wanting for more. This lack of intimacy sometimes frustrates with their transformations being rushed and they remain fairly foreign personalities. In the body segment, these characters are established more and their voices become clear.

The body segment is wholly different from the earlier one and takes the readers on an entirely external and adventurous journey.

Also Read : My Father’s Garden: A poignant tale of love, truth and identity

The city of Istanbul is also a prominent character in the novel. The extensive portrayal of the city is intimate with descriptions of various streets, the Bosphorous Bridge, and the Cemetery of the Companionless. The strong writing style also highlights the multiplicities in Istanbul. These multiplicities are often ignored by the state and the novel tries to challenge this homogenous official narrative. By bringing forth the lives the state does not recognise and delving into personalities that are deemed “not normal”, Shafak tries to oppose a society that normalises behaviour and, in the process, perpetuates repression. The perception of sex workers and their position in society is emphasised in the background of increased crimes against them. Shafak accentuates individuality in the face of the society that homogenises. This sharp social commentary criticises a society that excludes and restricts expression. 10 Minutes 38 Seconds in this Strange World is not only a mirror of the Turkish society, but our world that is increasingly becoming intolerant towards diverse individualities and continually suppresses expression in an attempt to regulate.