The causes and effects of Anti-Trafficking grow alarmingly. The nation's hope for citizen's liberation rests on the bill.

Following its lapse in 2018, The Trafficking of Persons (Prevention, Protection and Rehabilitation) Bill, 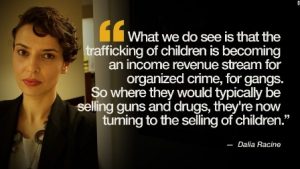 2018, (Anti-Trafficking Bill) is set to be deliberated upon by the Parliament yet again. In the meanwhile, what has surfaced is the criticism on the account of its unsettling provisions. While there seems to be an agreement on the shortcomings of the proposed legislation, its urgent need cannot be denied. There are broad purposes of the Anti-Trafficking Bill and it highlights how it aims to curb the human rights violation.

The responsible government and citizens cannot remain silent, and let women and children be bought and sold like sexual or economic slaves. While considering and passing the Bill in the Lok Sabha on 26 July 2018, the then Minister of Women and Child Development, Maneka Gandhi, passionately spoke on the need for a comprehensive law to address the issues of trafficking. She posed that when an 11-year-old Tara is trafficked from her village, sold into bonded labour, beaten and burnt by her owner, how do we save her? When she is sold for marriage to a 45-year-old man and raped every day for months, how do we save her? We have no institutions and no processes to do so! The minister said that if we do not pass the Bill, we are choosing to deny Tara and millions like her, who have the fundamental right to life and liberty.

The crime of trafficking is hugely organised and largely invisible. According to Maneka Gandhi, we are living in this awful reality, where price tags are put on human lives; our children’s future is put into jeopardy because our laws and Bills fail them.

The recognition of trafficking as a burning issue is true. Not only is it criminalized under our domestic constitutional law but it also finds mention under target 8.7 of the UN’s Sustainable Development Goals. In that regard, the Anti-Trafficking Bill seems to be the answer to help eradicate the human rights abuses by filling the legal vacuum that currently persists in India.

What it strives for

The Anti-Trafficking Bill makes an attempt to go beyond criminalization of the offence by directing its focus on the protection, rehabilitation and repatriation of the survivors. It calls for an institutional response by setting up the National Anti-Trafficking Bureau to monitor surveillance and undertake preventive efforts. A complementary addition to the National Level Bureau is the state- and district-level Anti-Trafficking to curtail the offence of trafficking in humans in a coordinated manner. The approach adopted for the Bill reflects a sense of promptness with provisions mandating completion of trial within a year, setting up designated courts with special public prosecutors, seizure and attachment of property, freezing of accounts and remitting the receipts to the Rehabilitation Fund, and placing the burden of proof on the trafficker.

Nobel laureate Kailash Satyarthi believes that if the draft proposal is entangled with effective implementation, ‘it has the potential to break the backbone of organized trafficking in India’.

This statement gives a true impression of the cultural relevance in our society, wherein the web of trafficking seems to be illimitable. Satyarthi, who has been an advocate for eliminating child trafficking in India, expresses his faith in the Bill and feels that it truly comprehends the issue of trafficking. According to him, with the aid of provisions like the seizure of property and freezing of accounts—‘the business of trafficking can truly be paralyzed’. 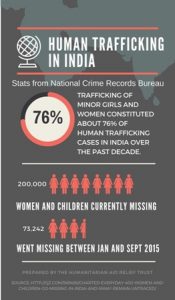 The draft legislation is determined to tackle the offence of trafficking in a holistic and systematic manner as it offers quite a comprehensive analysis of the alarming issue. By expanding its ambit to a range of perspectives, it not only takes preventive measures but also establishes a safety net for the survivors through its rehabilitation measures.

Focused on the needs of the survivors, the Bill proposes rehabilitation and relief services inclusive of compensation, reintegration and repatriation. It provides for setting up Protection and Rehabilitation Homes which are entrusted to provide support by way of vocational training, skill development and entrepreneurial support and so on as a means to reintegrate the survivors in the society in addition to providing basic facilities like food, shelter, clothing, counselling and medical care. It is noteworthy that the Bill recognizes the context of trafficking and, accordingly, attempts to introduce the aspect of occupational therapy through its rehabilitation intervention.

Moreover, the framework seems to be in alignment with the principles articulated in the UN report, ‘Special Rapporteur on Trafficking in Persons, Especially Women and Children 2009’. Victim Identification and Assistance in the report clearly states:

State parties [should] consider implementing measures to provide for the physical, psychological and social recovery of victims [through Appropriate Housing; Counselling and information, in particular as regards their legal rights, in a language that the victim of trafficking can understand;] Medical, psychological and material assistance; Employment, educational and training opportunities.

The Bill rightly upholds the international standard by promoting the advancement of such survivors by enabling them to perform social roles with much competence. It is safe to say that the proposed framework is conscious of the fact that trafficking in humans is more than a criminal justice issue. It is also a gross human rights violation, which calls for restituting the deserving respect and rights that an individual is entitled to.

It must be remembered that the exploitation of children is central to the commission of this offence. Hence, the objective of rehabilitation is of immense importance in the given scenario. Prior to the proposed legislation, it was organizations like Bachpan Bachao Andolan which spearheaded the process and intervened through its sustainable model of rehabilitation centres. Reiterating the fact again that a systematic approach for rehabilitating the survivors is indispensable.

The big question that surfaces while weighing the implications of the proposed Bill is the liberty it supposedly offers to the voluntary sex workers. Since the Bill is seen as an extension of the codified law, it tends to rely on the same definitions as provided under the Code of Criminal Procedure, 1973, the Information Technology Act, 2000 and the Juvenile Justice Act, 2015. So while it supplements the existing legal framework, it does not necessarily clear its stance on the complex reality of the issue.

Also Read : Need For Breaking The Deafening Silence On Re Trafficking

This apparent conflict between the interests of a consensual sex worker with that of the trafficking victims has rightly been termed as ‘Anti Trafficking Industrial Complex’.

This dichotomous understanding of the subsets that exist within the trafficking regime is hard to grasp. It maybe a little harder when it comes to codifying and giving it a theoretical foundation. It must be remembered that the Bill comes as a response to the victimhood of human trafficking, not to rob any individual of their inherent human rights.

It will be interesting to see how the Bill performs in round two at the Parliament. The world hopes to see their trust in the system kept honourably.

The writer is a legal and public policy researcher based in New Delhi.