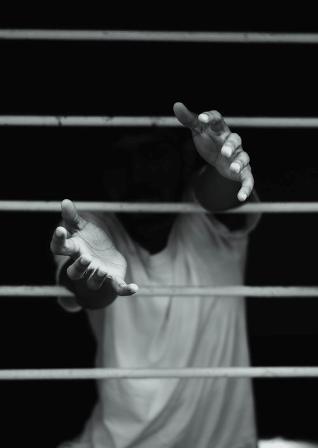 A girl was taken from Gujarat and moved to South 24 Parganas in Kolkata to be trafficked. After she was rescued, her father didn’t want to file a case. But she was again trafficked in a matter of a few days which made her father approach the authorities. This is one of the instances of re-trafficking that is prevalent in many parts of the country.

Human trafficking is considered to be one of the fastest growing transnational organised crimes in India with thousands of people, mostly from poverty-stricken regions becoming easy targets to trafficking gangs who sell them into bonded labour or sex trafficking and the likes.

However, the secondary trafficking of previously trafficked victims is a substantive issue which still remains largely anecdotal in evidence for the lack of data.

While preventing re-trafficking is well-intended in the literature, it fails to find adequate space in the nature of the laws including the Immoral Traffic Prevention Act (ITPA), 1956, which deals with cases of sex trafficking and provides relief or rehabilitation to the victims of the offence, and the Trafficking of Persons (Prevention, Protection and Rehabilitation) Bill, 2018 or the Anti-Trafficking Bill, 2018.

‘The aim is to ensure that this latest Bill provides more robust and goes a long way in uprooting the practises of human trafficking in India. The Bill will be able to do justice if the focus is just not only on the number of victims rescued but on the position post an effective rehabilitation process’, notes an analysis report by social enterprise Swaniti.

“Low conviction rate (currently five per cent in India), lack of acceptance in family and society and lack of jobs become driving factors. Not to forget the Stockholm syndrome where the survivor develops a psychological alliance to the perpetrator.”

“The lack of support system is the biggest reason for re-trafficking. The victim-centric system is very weak almost everywhere that needs to be re-looked at. Such a weak system de-motivates them to participate (in society and economy). The perpetrator gets immediate bail, roams around and ends up selling off the victim again. This is the ground reality,” Subhasree Raptan, coordinator of a non profit GGBK (Goranbose Gram Bikash Kendra) that rehabilitates survivors, told Delhi Post.

Section 370 of the Indian Penal Code defines trafficking and penalises offenders, Child Labour (Prohibition and Regulation) Act and Juvenile Justice (Care and Protection of Children) Act, 2000. In addition, there exists the Bonded Labour System (Abolition) Act, 1976, which deals with offences of forced labour.

To counter the 150 million dollar human trafficking industry, re-integration by keeping the economics of daily lives and realities in focus, becomes the key.

“Re-trafficking happens because economically, the person who was moved and was trafficked did not have any kind of sources of living. So bringing the girl or child back without a proper re-integration, of what her family and community will be able to offer, which will help her not to go back, is completely an important element,” said Kharbhih.

“If a survivor is trafficked twice or thrice, it definitely makes us question what are her needs, aspirations and opportunities. There is a need to map those. This gives rise to the need of working on individual needs assessment,” Raptan said.

Though rescue operations of trafficked survivors are often reported in media, re-trafficking has no notable media coverage.

Experts point out that re-trafficking happens because re-integration or efforts to integrate the survivors in the society are still disparate.

“There is a need to think and act beyond rescue. People are not enough sensitised. Most often, they think it is not their concern. That is why there is a need for social worker and survivor to work as a team,” Raptan further explained to Delhi Post.

‘How long can the shelter homes provide for them if they don’t have the prevention mechanism to help the survivors navigate’, mentioned Shillong-based not-for-profit Impulse NGO Network founder, Hasina Kharbinh.

“Re-trafficking happens because there are not enough organisations in the country that look at re-integration,” said Kharbhih in an interaction with Delhi Post in Kolkata.

“Rescue is not rehabilitation. Re-integration is the key but it does not mean stitching blouses and stringing flowers. That is not empowerment,” added Kharbinh who also mentioned that “marketable skilling” needs to become the norm.

“All shelter homes are not integrating marketable skills which are an important element to see that whenever the survivors go back, they can get themselves engaged in a job. In fact, marketable skills today could be through corporate sector engagement,” said Kharbhih, who is the brain behind Impulse Social Enterprises (ISE) that connects artisans of North East India and their products to distributors and buyers across the globe under a brand – ‘Empower’.

To prevent the growing incidences of re-trafficking, Impulse’ Anti-Human Trafficking software evolved when the number of cases in the Impulse Case Info Centre (ICIC) database became hard to manage manually.

Developed by Technology Incubation Centre (IITG-TIC) at Indian Institute of Technology, Guwahati, the software has the possibility to document and update case information and share Possibility to share a specific case information with other AHTUs nationally and internationally while also having an in-built real-time notification alert system that has the details of a victim or suspected trafficker.

“Impulse Case Info Centre (ICIC) also recognised that Anti-Human Trafficking Units in India crucially needed an AHT Software for systematic documentation of human trafficking cases. A pan-India upscaling of the software would enable organisations to check whether a girl is being re-trafficked as the details such as the minor’s picture is within the system,” pointed out Kharbhih.

Autism: Trials with Arithmetic, and Faith

Urban India is for BJP OK… but Rural India at whose Jeppi?