Autism: Trials with Arithmetic, and Faith

In the process of opening up diverse channels of communications with autistic children, few other domains need to be delved into carefully.

Seemingly, people with difficulties in social communication are comfortable with numbers and mathematics. Experts have often wondered about this notable situation.

British philosopher Bertrand Russell had expressed his sense of mathematical beauty in these words. “Mathematics, when rightly viewed possesses not only truth, but supreme beauty – a beauty cold and austere, like that of sculpture without any appeal to any part of our weaker nature, without the gorgeous trappings of painting or music, yet sublimely pure and capable of a stern perfection such as only the greatest art can show. The true spirit of delight, the exaltation, the sense of being more than man which is the touchstone of the highest excellence, is to be found in mathematics as surely as poetry.”

Elaborating similar lines of thought, it can be noted that there are established links between numerical abilities and a particular type of cognition. American born German physicist Albert Einstein (1879-1955), had displayed signs of Asperger syndrome during his school and college years but had remarkable competence with physics and mathematics. His life is an outstanding example of sheer determination, support, care and guidance along with hard work.

“Since, the subject relies on constant evidence created by numbers with the elementary digits between the units 0-9, it helps to create confirmations of truth and validity through multiple combinations and permutations. Moreover, such evidences of truth are concise and to the point.”

The simple elegance and reliability of numbers attracts children with communication challenges. Some autistic children have explained it as…“numbers and digits have faces and voices, they speak to us and laugh with us.” Besides, human communication is also noted for erratic, uncanny, inconsistent and capricious elements. Precisely, those factors in communication may seem difficult for autistic individuals as their preferred nodules of communication need to be consistent, reliable and regular.

Numerous children on the autism spectrum usually appear physically normal. Furthermore,  several have good muscle control. Though, certain odd repetitive motions may set them off from other children. Such behavioural patterns might be subtle or, extreme and highly apparent.

Several children seem to do well in particular kinds of sports-related activities. They might not display uneasiness or fatigue during strenuous sports practice sessions. They seem to groom up well for sports as a forte. An additional skill can also be suggested for such autistic individuals. They can be steered towards developing aptitude for simple and basic culinary skills (Baking bread etc.) Catering is a skill that also adds to the idea of self-reliance. In addition, flair for culinary skill can be initiated for formation of group and community related activities.

Research on autistic individuals suggests that they connect agreeably with the non-bodied beings (The idea of God etc.). It applies to several types of religious and spiritual beliefs. It has been noticed consistently that autistic individuals who have elements of spirituality present in their lives tend to adjust better to the disparities around them. 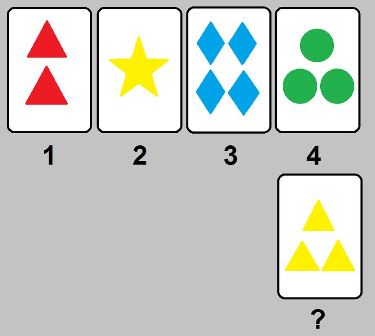 In the Indian society, religious and spiritual ideas are normally introduced early by the family members, spiritual guide, faith healer, teacher etc. Though, markedly, numerous such experiences with religion and spirituality are non-confessional in nature. Furthermore, in some ways these exposures seem to contribute to development of a self-reliant individual.

The Indian families with an autistic child are differently endowed to manage the situation. This happens because the Indian law does not recognise autism (ASD) as a distinct form of life threatening disability. Though, advocacy movements in India have got Autism added along with Celebral Palsy, Mental Retardation and Multiple Disabilities Act of (1999, 2010 and 2016).

“Autism in India also needs to be viewed in the context of predisposition and general stance towards this category of disability. Traditionally there has been stigma attached to disability related to slow developmental process—shame, embarrassment, stigma, vague beliefs about inadequate parenting thrive.”

Though, similar perceptions are shared by various cultures and communities worldwide. It is noteworthy that, there is an idea of mortification and stigma attached to behavioural and cognitive disabilities. Such ideas ensure that families hide their children with atypical behaviour. Since, numerous autistic children are not socially visible.

Therefore, they do not exist. It also means lots of autistic children do not surface for counseling and training opportunities. This acts as a barrier towards generating collective awareness about autism. Though, in recent years the stigma has lessened and there is a greater acceptance, there is a need to generate empathic comprehension with innovative teaching methods.

With such an understanding parents, kinsfolk, teachers and therapists can contribute effectively. It is noteworthy that with timely and effective training, an autistic child can function well in a regular school as well.

(The ideas discussed here mean that numerous fields, across several cultural and institutional contexts, should be taken into consideration. Autism spectrum condition requires a perspective as diverse and extensive as possible.)

(April is the month of Autism awareness around the world. This article is the third and last among a series of articles based on the observations of children with autistic condition between the age group (3-15 yrs) in the Delhi NCR region. It looks at various cognitive patterns found among them. The idea is to explore effective intervention techniques including expressive and creative that enhance communication among autistic children.)