All these are nothing less than use of ‘Divide and Rule’ diplomacy after Coercive, Debt and Silkroad Diplomacy in South Asia in particular and in the entire world in general have failed to deliver the desired result for the new super power China. 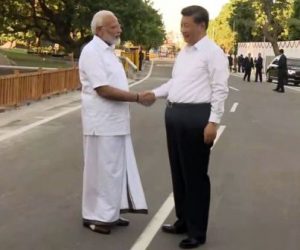 diplomaticrow and fuelled the already tense relationship between the two countries. The Australian side has clarified that it is a fake image and that they strongly condemn such acts and have sought accountability for the tweet.

This Chinese act is a classic diplomacy involving ‘Divide and Rule’ to gain sympathy and favour of Muslim community in Afghanistan and divert attention of what is happening to Muslims in the China’s western province Xinjiang, and human right violations in Hong Kong and Tibet. Although the tweet was instantly condemned by Australian Prime Minister Scott Morrison, the Chinese may have succeeded in achieving their objective.

There are at least three reasons that may have prompted such a tweet. The first could be to dissuade the Australian leadership to stop aggressive campaigning for investigation of origins of the dreaded pandemic COVID-19, which allegedly originated in the Wuhan Wet Market or in Wuhan Virology Lab. The second plausible reason is to instigate Pashtun tribe dominated Taliban to scale up violence against the US-led International Security Assistance Force (ISAF) in Afghanistan. This would pressurize Joe Biden, US President-elect to carry forward his predecessor’s policy of troop withdrawal and creating space for China-Taliban alliance for which talks through Pakistan foreign ministry has already started including the Chinese offer of investment in Afghanistan infrastructure development. The third reason is the possible motivation to counter balance the human right sensitivities of the West against China.

It has been accused of mishandling the COVID-19 pandemic by keeping it secret from the international community during early days of spread.  Beijing is also seen as a source of instability in Asia due to its reclamation in the South China Sea, saber-rattling against other claimants to the contested features and intrusion into India, Nepal and Bhutan. Besides, many developed countries including its neighbours Japan and South Korea have begun to decouple their supply chain and relocating manufacturing facilities out of China. This may have some negative impacts on Chinese economy which is highly export driven.

China has invested nearly USD 1.5 trillion and USD 200 billion, respectively, in several countries expecting business opportunities. Now, most of the Silkroad projects are incomplete or moving not up to the expectation partly due to pandemic and partly due to opposition from natives who have lately started suspecting Chinese intention. In view of this, the economic benefit for China and employment opportunities for Chinese—majority of workers in the Silkroad projects are from China—are remote in near future. 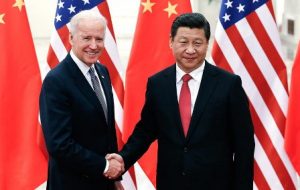 Are China’s policy planners in its office of foreign affairs not knowledgeable enough to understand that Australia and New Zealand are an extension of Europe/West in Oceania region? And the geographical distance between the two has nothing to do in their more or less uniform way of living, social and cultural life, thinking, policy planning, education, governance, diplomacy, understanding of human right, etc., etc.? Australian forces as part of the US-led ISAF was in landlocked Cold War victim Afghanistan to restore normalcy and peace. If Australian forces had violated human right as tweeted by Chinese spokesman, other participating nations’ forces are no less accountable for the same.

The Chinese policy planners know this. Yet, they raised this human right violation issue as a desperate move. This is why on December 01 Australian commentator Peter Hartcher writes in The Sunday Morning Herald,

“It (Zhao tweet) is a foolish tactic. Why blow the cover story and antagonize the Australian people? Because Xi was feeling the heat. He’d bungled the coronavirus, exposed China to global criticism and pitched the whole world into recession.”

While Harvard sinologist Ross Terrill has described the desperate move as “the irreducible problem of legitimization of a government that has never been elected. It is a state that is oppressive, yet also afraid of its own people.”

Following India’s moves in trade and commerce, China offered soft loan to India’s friendly neighbour Sri Lanka and massive tariff rebate on Bangladesh export to China, the countries whose economies are severely affected due to pandemic, in order to divert them from depending on their close neighbour India. And, now-a-days, the reports emerge from Nepal that China is instigating anti-India campaign in landlocked Himalayan country, which heavily depends on India, with which Nepal has very close socio-cultural-military relationship than any other nation on the earth, for many essentials, and on Indian ports for import and export.  All these are nothing less than use of ‘Divide and Rule’ diplomacy after Coercive, Debt and Silkroad Diplomacy in South Asia in particular and in the entire world in general have failed to deliver the desired result for the new super power China.