It would be sensible for India to engage in dialogue and settle the outstanding difference as enforcement remedies available against China as international law lacks teeth.

Amid the ongoing tussle in the Line of Actual Control (LAC) between India and China, the Ministry of External Affairs (MEA) raised concerns on 16 September over the Chinese 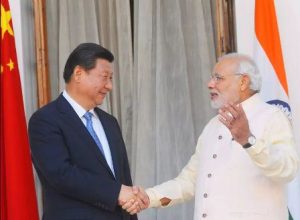 company Zhenhua Data Information Technology’s involvement in the alleged spying against the senior Indian officials and political leaders. It is widely believed that the company has links with the Chinese government and the Communist Party of China. The issue came to the spotlight as the Congress Member of Parliament (MP) in the Rajya Sabha K.C. Venugopal sought clarification from the centre regarding the Chinese surveillance on the political leaders. Besides, recently, the special cell of the Delhi Police busted an espionage ring involving a Chinese woman and a freelance journalist Rajeev Sharma.

In the book titled “RAW: A History of India’s Covert Operations,” Yatish Yadav provides a detailed account on China, by describing an undeniable fact that itis most active with regard to cyber espionage; therefore, the Chinese footprint in India is a disturbing reality.

With a view to tackle the Chinese intervention,the Government of India has established an expert committee under the National Cyber Security Coordination, and has been asked to submit a report within 30 days. From a legal standpoint, the core point is whether China violated International Law obligation by effectuating covert acts of espionage.

Espionage is classified as covert operation and covert intelligence. The former is aimed at executing the national interest of the State carrying out espionage. It primarily deals with collecting information and analysing the same. China’s alleged interference in India’s territorial affairs is a classic case of a covert operation aimed at asserting its geopolitical dominance.

However, there is sufficient evidence to suggest that States indeed owe an international law obligation for acts of espionage. The United Nations Charter (UN Charter) which binds the international community of States imposes an obligation on China to respect the principle of non-intervention and sovereign equality. Article 2(7) of the UN Charter articulates “Nothing contained in the present Charter shall authorise the United Nations to intervene in matters which are essentially within the domestic jurisdiction of any state”.The provision is complemented by the subsequent United Nations General Assembly Resolution, 2625 on the Declaration on Principles of International Law. Friendly relations and co-operation among states in accordance with the charter of the United Nations, 1970 (Friendly Declaration); which states “No State or group of States has the right to intervene, directly or indirectly, for any reason whatever, in the internal or external affairs of any other State. Consequently, armed intervention and all other forms of interference or attempted threats against the personality of the State or its political, economic and cultural elements, violate international law.” A literal reading of the Friendly Declaration will indicate that indirect intervention is prohibited in International Law. China’s information gathering mechanism in the territory of India is an indirect breach of non-intervention doctrine codified under the UN Charter and Friendly Declaration, in addition to the principle of sovereign equality as codified in the UN Charter. Apart from the UN Charter, the principle of mutual non-intervention and mutual respect for each other’s territorial integrity and sovereignty is documented in the Indio-China Panchsheel Agreement, 1954, which China is obliged to comply. 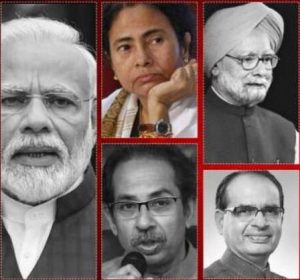 The emergence of non-intervention principle was reiterated by the International Court of Justice (ICJ), which is the principal judicial organ under the UNthat settles dispute between States;the ICJ acknowledgedin the landmark case of Nicaragua v. United States (1984) that the United States’ indirect involvement in supporting and financing the contras was in breach of the principle of non-intervention, and the ICJ went an extra mile in elevating the non-intervention principle to Customary International Law status, which means States are bound in the absence of treaty on the subject matter.

However, there are no express treaties or Customary International Law on espionage; hence it is debatable whether espionage per se is prohibited in International Law. The Permanent Court of International Justice (PCIJ), the precursor to the present-day ICJ in the case of SS Lotus Case (France v. Turkey), 1927 categorically stated: “In the absence of any prohibited rules in International Law, State remains free to adopt the principle which it regards as its best interest” ( Lotus Principle). The Lotus Principle, albeit subject to excessive criticism, was upheld in the subsequent cases by the ICJ. Therefore, in the absence, any rule prohibiting acts of espionage, China might argue it well within its right to carry out a covert operation in India.

A state is responsible under International Law if it commits a breach of international obligation, and the breach is attributed to the State. China, by systematically engaging in acts of espionage through the Private firm Zhenhua Data Information Technology, is acting in breach of obligations under the UN Charter, and though a private firm executed the act, the conduct in question was carried out on the instructions, under the direction and control of China;thus, the act can be attributed to China. Even though intelligence-gathering abroad is legal under the Chinese domestic law in accordance with Article 14 of China’s 2017 National Intelligence Law, which mandates that Chinese intelligence agencies “may ask relevant institutions, organisations and citizens to provide the necessary support, assistance and cooperation.”

The invocation of China’s internal law as justification for breach of international law is not legally valid.

For the breach of international obligation, India can demand cessation and non-repetition of the internationally wrongful act in line with Article 30 of Draft Articles on State Responsibility, 2001. Alternatively, India has a choice of invoking counter measure to show its displeasure towards China. Despite divergent views on the legality of counter measures; it is codified in the Draft Articles on State Responsibility, 2001 (Article 49-55). However, counter measures come with several caveats and check like proportionality, negotiation-condition, last resort, etc. Moreover, the ICJ in the Gabcikovo-Nagymaros Case (Hungary/Slovakia) adopted a strict interpretation for the State invoking counter measure, and the burden to prove is upon the State claiming counter measure; therefore it is a double-edged sword.

Despite the availability of copious remedies in International Law, the grey area that persists is the absence of appropriate dispute settlement forum to settle the bilateral dispute. As the jurisdiction of the ICJ is a precondition on ‘consent’, lack of consent would mean the ICJ will not be in a position to proceed ahead with the case against China, and unlike domestic law, the ICJ does not have the competence to take case motuproprio. While the United Nations Security Council (UNSC) is competent to refer cases to the ICJ, this seems a remote possibility as China in all probability would exercise its veto power to block the process. Hence, it would be sensible for India to engage in dialogue and settle the outstanding difference as enforcement remedies available against China as international law lacks teeth. Also, it would be interesting to see the expert committee report to understand the full magnitude of the problem.

The writer is Assistant Professor of Law,The WB National University of Juridical Sciences, Kolkata. He can be reached on twitter @alexander_atul