COVID-19 bonds issued by the government can help in economic revival from the coronavirus catastrophe, and, significantly impact lives and livelihoods of people with dignity in the new normal.

From decline in consumption of petrol and diesel by more than 30 per cent to drastic fall in air and water pollution, everything came to a standstill barring the meagre movement of 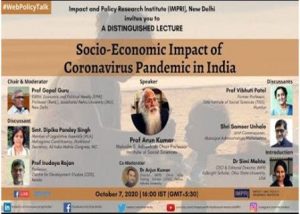 essentials due to the lockdown in the context of COIVD-19. If lockdown would not have been imposed, then it would have caused higher mortalities than the current rate due to inadequate medical facilities in India. Although it is not a solution to the problem, it was necessary to prevent societal collapse until vaccines and medical facilities are developed. The apex number of mortalities should be lower than the medical capacity like in the countries of Italy and Spain.

Unlike the World War and the Global Financial Crisis of 2008, when employment was full and demand was short and production was shifted to other goods, the lockdown led to mass unemployment of around 122 million workers in India, according to the Centre for Monitoring Indian Economy (CMIE). This figure stands at over 200 million, incorporating the unorganised sector. The CMIE needs to reconsider its sample since many workers migrated to their natives and thus was the reason for this underestimation. In the US, 44 million people joined unemployment rolls and availed benefits. The amount of work affected must be considered along with unemployment, for instance, due to unemployment, demand fell drastically and supply froze due to restricted movements. This hit the poor people the most as they work and buy on a daily basis. As soon as income stopped, people started starving and thus desperately moving to rural areas walking hundreds of miles with their luggage and children.

To implement lockdown in a poor developing country, characterised by congestion, lack of essential supplies, isolation is a dream, there was a need to decongest the localities by opening schools, parks, community halls; allowing people to migrate after successful testing; essentials such as water, energy, etc. should have been provided at the place of current residence to prevent them from moving out of their safety nests.

The vicious circle of disruptions in supply chain in India and the world led to massive losses for the businesses.

Due to restrictions on transportation, trade, finance and working capital, the operations of machines and supplies of raw materials and sales of output disrupted leading to piling up of inventories, thereby increasing costs. Although we had both workers and capital, still production stalled. Due to halted sales and thus revenues, interest payments burdened the balance sheets and businesses failed. When production continues, sales stops, more working capital is required and more interest is to be paid on working capital. As a result, production stopped and losses mounted for companies.

In the current times, it is seen that healthy companies are using their reserves, weak companies with no reserves are defaulting on their loans and interest payments. This has forced the banks to dissave, since they are not able to pay their depositors. It shows that everyone is dissaving, eventually collapsing the resources of the economy (except for producers of essential items).

Working capital is a part of investment which is necessary for production that results in income. Thus, when production falls, income reduces and thus demand declines. This makes the production capacity idle and investment freezes leading to further decline in income and consumption trapping the economy further into a vicious circle. The policies of the Reserve Bank of India (RBI) of using interest rate cards to boost economic activities in the country since February have been ineffective, as they eventually failed. It needs to be understood 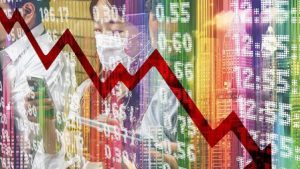 that when businesses are shut and production is stalled, then credit demand will not increase. This has led to surplus liquidity with commercial banks amounting to 8 lakh crore deposited with RBI by the banks. India is having more liquidity as compared to the pre-demonetisation period, but due to reduced velocity of circulation of money because of reduced economic activities, liquidity is in vain.

The organised sector, having security and fixed income, also showed 19 million lost employments during lockdown as per CMIE.

Many people were fired and most lost their part of salaries. Due to lesser incomes, they reduced the consumption of discretionary items but continued with the consumption of essentials. Companies were dissaving due to halted production, thus they provided salaries for March and April, but could not do so for May and June. Self-employed in the organised sector such as elderly and retired people were surviving off their savings. The effect on the stock market was negligible since pharmaceuticals, FMCG companies were rising and other companies were falling, though the rise was narrow. However, the wealth-effect was evident when well off people decreased their consumption and investment due to the fall of other companies and sectors such as real estate, etc. when the affluent people felt that their wealth was dissipating.

All segments of societies reduced consumption and investment impacting demand and supply in the economy and as a result the businesses would fail. According to the All India Manufacturer Organisation (AIMA), 30 per cent of the businesses will fail. Similarly, Confederation of All India Traders Association (CAIT) argued that 30 per cent of the small traders will fail in the economy. Business failure is likely to be large in the coming year. There are high chances for high leverage firms who have a high ratio of debt against their equity. It takes us to the Lehman moment when interconnected financial firms failed subsequently. The government policy of a moratorium period of 6 months is temporary relief, but the interests are accumulating. The commercial banks now fear that the NPAs would further rise.

Coming to the agricultural sector, the decline in demand for agricultural produce led to increased rotting of these perishable goods during lockdown. With the closed mid-day meal programmes and with the unfounded fears of contracting virus from chicken and eggs, these goods rot. This led to rise in prices in urban areas and decline in prices in rural areas. There is a need for extended procurement and supply in urban areas to halt the increased prices.

(This is the first part of the excerpts from the lecture by the author on “Socio-Economic Impact of  the Coronavirus Pandemic in India” at the Webpolicy Talk  organised by the Impact and Policy Research Institute (IMPRI), New Delhi)

A Cultural Journey from Karnprayag to Bageshwar