Curbs on Biomass Burning to Beat Pollution in Delhi

The study provides the first evidence of an association between acute exposure to PM2.5 chemical species and mortality anywhere in India.

The health impact of short-term exposure to 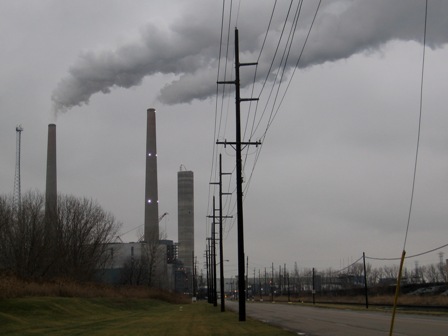 fine particulate matter (PM2.5), including death, is well known. However, the exact association of the acute exposure to various chemicals constituting the PM2.5 chemical species with mortality is relatively unknown, especially in developing countries like India.

A new study by a joint team of researchers from the Centre for Atmospheric Sciences at the Indian Institute of Technology (IIT)-Delhi, St. John’s Medical College, Bengaluru, and the council of Scientific and Industrial Research’s National Physical Laboratory (CSIR-NPL) has sought to fill the gap.

The researchers examined the associations between mortality and acute exposure to PM2.5 mass concentration and their 15 chemical components using data from 2013 to 2016 in the capital city of Delhi. Mortality estimates were further checked for effect modification by sex, age group, and season.

In terms of age groups, the elderly, above 65 years, were the most vulnerable group prone to mortality effects from most chemical species. Further, the study found that the major mortality risk from all hazardous species arose from winter exposures.

The researchers have pointed out that unlike in the USA and other countries, the danger came less from metallic components like iron, arsenic, and lead and more from elementary carbon from fossil fuel combustions, organic carbon emitted by biomass burning, along with nitrates and sulphates produced from vehicles and local and incomplete burning of diesel.

“Our findings suggest that the major mortality risk posed by PM2.5 species is due to winter exposures, sourced in biomass burning, fossil-fuel combustion, secondary nitrate, vehicular and industrial emissions. The need to regulate biomass burning and biomass fuel use is therefore re-emphasized for Delhi. Our risk estimates on mortality suggest that any source mitigation in biomass burning, vehicular emissions, and secondary nitrates could significantly reduce health effects, especially fatal outcomes in Delhi”, researchers added.

The study provides the first evidence of an association between acute exposure to PM2.5 chemical species and mortality anywhere in India. The scientists have recommended that similar studies be conducted in other regions to prioritise sectoral mitigation of the most toxic species to maximize the health benefits.

The research has been published in the science journal Environmental Science and Technology of ACS Publications. The team included SagnikDey, Pallavi Joshi of the IIT-Delhi’s Centre for Atmospheric Sciences, Santu Ghosh of St. John’s Medical College, and Sudhir Kumar Sharma, CSIR-NPL.

Study Gains New Insights into the Evolution of Galaxies