Health system will collapse if we do not get enough oxygen: Delhi govt advocate

In a hearing on Saturday, the Delhi High Court expressed worry over the rising ‘tsunami’ of COVID-19 cases in the national capital and rapped both Central and Delhi governments over the capital’s ongoing oxygen 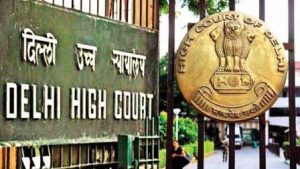 emergency. A two-judge bench, of Justices Vipin Sanghi and Rekha Palli, was hearing a petition filed by the Maharaja Agrasen Hospital over dwindling oxygen supply. The court also expressed concern over Delhi government’s preparedness for a presumed peak of COVID-19 cases in May. “According to IIT, Delhi, a peak will come in mid-May… it’s a tsunami. How are we trying to build the capacity? How are we preparing as on date to deal with mid-May,” the Court inquired. Advocate Alok Aggarwal, presenting the case for Maharaja Agrasen Hospital, said. “We are running two hospitals with 306 patients, and we have come close to oxygen depletion twice in the last 12 hours- last night, and a few hours from now. We will run out this afternoon. We are discharging patients, and we have tried to beg and borrow for oxygen in the streets.”

He further added, “This is an SOS call. We had two hours of oxygen remaining when the hearing began…now we have five minutes left.”

The bench also asked Delhi govt to set up their own oxygen plant. However, appearing for the Delhi govt, advocate Rahul Mehra said that the central government continues to supply less quantity of oxygen than what it had promised. “The allocation to Delhi is 480MT, but we are getting 350-380MT. Yesterday we received 295MT. Instead of increasing it, the government is reducing it,” he said.

He further added that if Delhi does not get 480MT oxygen, the health system will “collapse.”

The court further asked both Central and Delhi governments to look into the provision of other resources, such as beds, medicines, doctors, paramedics, etc, with the assumption that the peak for the second wave is yet to be reached.

The court noted that Delhi is facing an oxygen shortage primarily because oxygen is not being supplied to them at the allocated rate. It observed that while oxygen tankers had reached the Durgapur plant, and were ready for transport to Rourkela and Kalinga Nagar via railway, the Delhi government had failed to arrange a tanker.

The court further directed all oxygen suppliers and refilling centers to provide details of their services to the Delhi Nodal office. It also ordered the Delhi government to consider the urgent plea made by four hospitals, and added that anyone who obstructs oxygen supply, will be “hung” by the court. It motioned towards grave actions for those who interrupt smooth transport of oxygen to hospitals.

It also said that Delhi Police should provide all security arrangements for transport of oxygen when and where required. “We know how people react to the loss of their loved ones…let us not have a law and order situation,” the Bench said.

Representing the central government, Solicitor General Tushar Mehta said that the center is assisting states. “While states themselves are arranging tankers, the center is helping them. Delhi officials, however, are putting everything on us…Let’s try to not be a cry baby,” he added.

Twenty-five lives were lost last night at the Jaipur Continental Hospital in Delhi due to shortage of medical oxygen; it was reported early morning today. Delhi, on Friday, logged 24,331 COVID-19 cases and 348 deaths. The death toll is the highest yet. Test positivity rate in the capital now stands over 34%.

Here’s How Much Bharat Biotech’s Covaxin Will Cost