Fostering Gender Equality: The 10 Indian Feminists One Should Know

One individual and one organisation will be selected from this list of 10 finalists to receive the prestigious“Martha Farrell Award for Excellence in Women’s Empowerment and Gender Equality”during the fourth edition of the award.

Every year, the Martha Farrell Foundation invites applications for the prestigious Martha Farrell Award for Excellence in Women’s Empowerment and Gender Equality (MF Awards). Instituted in 2017 to honour Dr. Martha Farrell, the gender rights activist in whose name the Foundation was instituted, the MF Awards bring to attention the work of people and institutions doing groundbreaking work to foster gender equality.

The Foundation has announced the list of this year’s finalists for the 4th Annual Martha Farrell Award Ceremony. The list includes five individuals and five organisations working and contributing immensely to gender equality.

Mamta Singh: Having grown up watching instances of gender discrimination around her, Mamta developed a passion to work for women’s rights and wellbeing. She set up Hamsafar – Support Centre for Women, particularly from Dalit and Muslim communities, facing violence of any kind in their lives. In the last 16 years, Mamta has counselled thousands of survivors of gender-based violence, and sensitised thousands of girls and boys on gender parity.

Vaishali Jethava: a Mumbai-based gender rights activist, works to provide safe spaces for young girls and boys to empower themselves. She is the Chief Operating Officer of The Gender Lab – Blue Ribbon Movement, which engages boys and girls to advance the issue of women’s safety. Additionally, Vaishali trains girls and boys under the Avanti Young Leadership Program that is based on a service-learning model, organising classroom workshops and community service projects.

At home, Vaishali introduced ‘discussion circles’ in her own home to ensure that domestic responsibilities were divided fairly.

Jaswant Kaur: She turned her career around when she joined Deepalaya, where through her work, she ensured women lead a range of development programs, particularly those for women’s health and hygiene. She spearheaded programmes for gender sensitisation of boys as well and has been instrumental in expanding Deepalaya’s operations around the country, impacting thousands of women.

Surender Kumar: A health rights activist raising awareness on Hepatitis B among young girls and women and men, Surender is the founder of Rann Foundation, an organisation dedicated to the prevention of the life-threatening infection.

Sonal Kapoor: She is the founder of Protsahan, through which today she works with thousands of girls, on POCSO (Protection of Children from Sexual Offences), building capacity and encouragement to lead their best lives. She focuses on preventing child marriage, counselling child sexual abuse survivors and rescuing trafficked children. 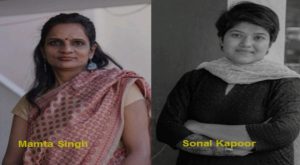 The Foundations has published the names of five organisations for the MF Award as follows:

Jatan Sansthan: Jatan Sansthan is a rural, grassroots NGO based in Rajasthanthat primarily works to empower rural youth, women and children. The organisation has a range of programmes, holding public workshops on reproductive health, leading sessions on menstrual health in government schools and communities, coordinating gender mainstreaming among nine other organisations, and training women to manufacture cloth pads to supplement their income.

Within their organisation, Jatan Sansthan has a strict Equal Employment Opportunity policy, orientations on gender, LGBTQ rights and more, and gives special preference to women returning from maternity leave, or engaged in domestic work.

Myna Mahila Foundation: This women-led NGO is working in Mumbai’s slums with an objective to end period poverty and improve menstrual hygiene through awareness and knowledge sharing. Working across 20 locations in Mumbai, the organisation runs several programmes to train young women on best practices for menstrual health and wellness, and distribution of menstrual kits through community-based menstrual health advocates, and has impacted the lives of hundreds of girls in the community.

As an organisation, Myna Mahila Foundation internally involves women at every level of function, from leadership to training, and train organisations, chemists, delivery service personnel and more, on how to respond to requests for sanitary material.

Rural and Environment Development Society (REDS): A grassroots organisation based in Andhra Pradesh, REDS works with vulnerable people in rural and urban areas, with a focus on female farmers. The organisation’s key areas of focus range from creating awareness around domestic violence, safety, employment and legal aid among the women farmers; holding sessions to sensitise men and boys at community and village levels through film screenings to tackle gender-based violence.

REDS takes its commitment to gender positivity in the workplace, as well, through regular gender sensitisation workshops, trainings on the Prevention of Sexual Harassment at the Workplace Act, against domestic violence and child marriage, among other things. Moreover, the organisation ensures vetting of partners and donors on gender diversity in their workplace as well!

Red Brigade Trust (RBT): Based in Lucknow, RBT works against gender-based violence and towards women’s empowerment through self-defence training and education. The organisation also runs gender sensitisation training with children, and has instituted two cafes in Lucknow and Banaras, which are run by survivors of acid attacks, whom they work with for rehabilitation, skilling and employment. RBT has trained thousands of children on concepts such as ‘good touch’ and ‘bad touch’.

RBT holds regular trainings on Prevention of Sexual Harassment at the Workplace, gender sensitisation, and more, with their employees, most of whom are women from the communities they work with. 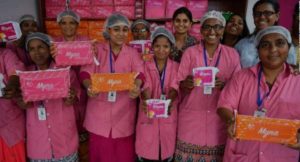 Association of Social and Human Awareness (ASHA): For more than a decade now, ASHA has been working across districts of Jharkhand to empower indigenous women and girls to access healthcare, education and rights. The organisation has run programmes to create awareness against the witch-hunt and rehabilitation of survivors, abolished Sangha Pratha (polygamous practices), and instituted preventive measures against false marriages across five districts.

ASHA has created pressure groups to counter violence against women, and resolved nearly thousand cases of domestic violence, widow and dowry, and witch hunting cases, as well. Internally, the organisation has strict policies in place for maternity benefits and child protection, and holds regular workshops on gender sensitivity and allied issues.

“It gives me great pleasure to announce the finalists for this year’ award. At a time when the fight for gender rights is at such a critical juncture, it is doubly important that we recognise, support and give momentum to initiatives that are striving to make a difference,” said Nandita Bhatt, Director, Martha Farrell Foundation. “Each individual and organisation shortlisted for the Award is playing a pivotal, inspiring role in shaping a more equal, gender-just future.”

One individual and one organisation will be selected from this list of finalists for the prestigious award during the fourth edition of the award ceremony on Saturday, 10 October.

The writer is a Senior Programme Officer at Martha Farrell Foundation, an organisation that supports practical interventions committed to achieving a gender-just society and promoting life-long learning. She can be reached on twitter @FoundationMF