The Government has taken various steps to encourage scientific research activities in the country. 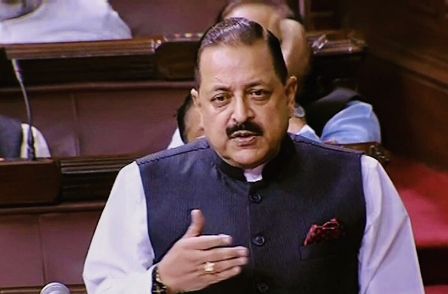 Charge) Earth Sciences; MoS PMO, Personnel, Public Grievances, Pensions, Atomic Energy and Space, Dr Jitendra Singh said that the allocation of funds for research and development for the six major scientific agencies has more than doubled in last 7 years, from Rs. 17,406.10 crore in 2014-15 to Rs. 37,823.69 crore in 2021-22.

In a written reply to a Question in the Rajya Sabha, he said the Government has been consistent in increasing the allocation of funds for investment in R&D in the country. The progressive allocation (Budget Estimate) of funds for six Major Scientific Agencies for the last three years is as under:

On a question that the number of scientists per million people in India is lower as compared to other Asian countries, the Minister said that as per the latest available UNESCO S&T Statistics, the number of research scientists per million people in India is 255, which is lower than in countries such as Korea (7,498), Japan (5,304), Singapore (2,795), Malaysia (2,396) and China (1,225) but higher than in countries like Indonesia (216), Philippines (106), and Sri Lanka (106) in Asia.

Study Unravels the Genome of Turmeric