Study Unravels the Genome of Turmeric

A team of researchers from IISER Bhopal has sequenced the genome of the turmeric plant. 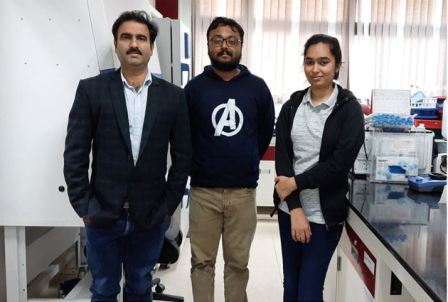 has sequenced the genome of the turmeric plant paving the way for its incorporation into mainstream medicinal systems.

With increasing interest in herbal medicines all over the world, researchers are focusing on the poorly understood areas of herbs such as their genetic backgrounds. The developments in DNA and RNA sequencing technologies have spurred on a new discipline called “herbal genomics” that is targeted to understanding the genetic composition of herbs and their relationship to medicinal traits. Given the nascency of the field of herbal genomics and the complexity of herbal systems, only a few well-assembled herbal genomes have been studied so far.

The study at IISER -Bhopal fills an important gap. Dr. Vineet K. Sharma, team leader and Associate Professor at the Institute’s Department of Biological Sciences, said their research work is particularly significant because turmeric has been the focus in more than 3,000 publications. But its whole genome sequence was not known so far.

The researchers used two techniques – the short-read sequencing of 10x Genomics (Chromium) and long-read Oxford Nanopore sequencing – to unravel the genetic makeup of the medicinal plant. The draft genome assembly had a size of 1.02 Gbp with ~70% repetitive sequences and contained 50,401 coding gene sequences.

The study, among other things, elucidated the position of turmeric in the evolutionary pathway. The researchers performed a comparative evolutionary analysis across 17 plant species. The comparison showed the evolution of genes associated with secondary metabolism, plant phytohormones signaling, and various biotic and abiotic stress tolerance responses.

The study has also revealed the genetic structures associated with major enzymes involved in the production of curcuminoids, the key medicinal compounds present in turmeric, and have shown the evolutionary origin of these enzymes.

“Our studies have shown that many genes in turmeric have evolved in response to environmental stressors,” said Dr. Sharma. To survive under environmental stress conditions, the turmeric plant has developed unique genetic pathways for the synthesis of secondary metabolites such as curcuminoids for its survival. These secondary metabolites are responsible for the medicinal properties of the herb.

The scientists have published a report on their work in the journal Nature – Communications Biology.  The paper has been co-authored by Mr. Abhisek Chakraborty, Ms. Shruti Mahajan, and Mr. Shubham K. Jaiswal, besides Dr. Sharma. (India Science Wire)