A reorganisation of global pharmaceutical production could perhaps be beneficial to increasing access to medicines in developing countries, and States (public sector) should be more involved in the promotion of the production of essential inputs for health systems.

The COVID-19 pandemic, which has brought an unprecedented global health crisis since the first quarter of 2020, has reopened the discussion about the role of local pharmaceutical 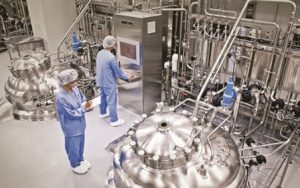 production in addressing the health needs in developing countries. The crisis has highlighted the interdependencies in the global production of pharmaceuticals—no country is self-sufficient. Many industrialised countries are making the decision to repatriate or initiate the production of Active Pharmaceutical Ingredients (APIs) and medicines.

The recent Research Paper of the South Centre “Re-thinking Global and Local Manufacturing of Medical Products After COVID-19” by Germán Velásquez, examines how the great challenge caused by COVID-19 in 2020 in the area of production of medicines and health products can be used as an opportunity to improve and strengthen access to medicines in developing countries. It has analysed the view of UN agencies on pharmaceutical production in developing countries and the role of the UN agencies in the last 30 years in relation to the local production of medicines. As early as the 1980s, three agencies in the United Nations system,  United Nations Industrial Development Organization (UNIDO) and United Nations Conference on Trade and Development (UNCTAD), which provided technical assistance in the area of the transfer of technology in the pharmaceutical field, and World Health Organisation (WHO), which created the Action Programme on Essential Drugs, were already interested in the local manufacturing of drugs in developing countries.

Although UNIDO and UNCTAD have tried to promote and support the local production of medicines, agencies such as WHO have not been clear or have even advised against local production in developing countries.

As per the paper, the WHO Action Programme on Essential Drugs gave priority to the development of national drug policies, and its position on drug manufacturing in developing countries was always ambiguous or openly contrary to it. Further the document notes that local production has been a subject of discussion in the World Health Assembly (WHA) since the 1970s. Element 4 of the resolution 61.21 (2008) on a Global Strategy and Plan of Action on Public Health, Innovation and Intellectual Property (GSPOA) 14 is about the promotion and transfer of technology, and the production of health products in developing countries is the first recommended action.

The trends originated by the new realities of COVID-19 and the health crisis have brought to light, notably the interdependence in terms of pharmaceutical production and the phenomenon that has been termed “vaccine nationalism”. The massive public subsidies to the private sector in some developed countries, without sufficiently clear rules and conditions is also looked at in the document.One of the realities that the health crisis caused by COVID-19 has made evident is the interdependence between all countries in terms of the production of medicines and vaccines. The pandemic has shown, for example, the extent to which developed countries depend on inputs 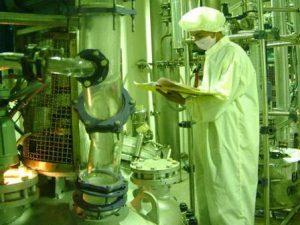 from countries outside theUS and the EU, notably from China and India. The paper observes that beyond the fights over drug markets or future vaccines related to the pandemic, the US, Germany, France and the UK are now considering how to recover their pharmaceutical sovereignty in order to depend less on other countries

The paper also analyses the role of the new initiative, the COVAX Facility, its shortcomings, and the concerns of some NGOs about the absence of conditions that should ideally accompany the unprecedented financial subsidies that have been largely granted with public funds.

Launched at the end of April 2020, the WHO ACT Accelerator is a global collaboration to accelerate development, production, and equitable access to COVID-19 tests, treatments, and vaccines. It brings together governments, scientists, businesses, civil society, and philanthropists and global health organisations.

The paper pointed out that the COVID-19 could not be regarded as a total surprise, something unexpected.

In May 2011, a WHO document on pandemic influenza preparedness alerted countries to the “continuing risk of an influenza pandemic with potentially devastating health, economic and social consequences, particularly for developing countries, which have a higher disease burden and are more vulnerable”.

The paper addresses a recent (May 2020) initiative by three UN agencies, including WHO, to support access to technology for the local production of medicines and health products. It would seem that the challenge of COVID-19 has led the UN agencies to seek mechanism to improve access to technologies and thereby to medicines and other health products in developing countries. The document concludes by noting that a reorganisation of global pharmaceutical production could perhaps be beneficial to increasing access to medicines in developing countries, and States (public sector) should be more involved in the promotion of the production of essential inputs for health systems. This could be an opportunity to ensure that health, rather than purely commercial gains, becomes the main objective of the pharmaceutical industry.

However, the paper does not refer to the necessary investments, technologies, scales of production, competitiveness, etc., which are important aspects when talking about local production. The main objective of this paper is to reopen the debate on an issue that had been somehow left aside and that now regains urgent relevance with the COVID-19 crisis.

GST Compensation to States Amidst Recession: Issues and Concerns