A comprehensive legislation to combat trafficking is the need of the hour, as the impact of COVID-19 pandemic increases the vulnerability of poor people and more opportunities for traffickers. 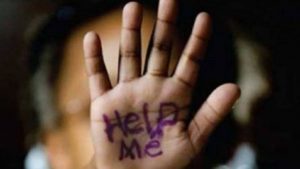 world after illegal drug trade. Globally, 1.2 million children are trafficked every year.  India is a source, transit and destination country for human trafficking. It is estimated that 90 per cent of trafficking is internal in India. It is a form of modern slavery which generates US$ 150 billion for traffickers every year. It is shocking to note that the slaves today are cheaper than ever.  In 1850, the average cost of a salve is US$ 40,000 in today’s money, but now it is only US$ 90. This indicates the vulnerability of trafficked person.

In India, National Crime Records Bureau (NCRB) is collecting and collating the data on all IPC crimes and offences under Special and Local Laws. The NCRB data for 2016, 2017 and 2018 indicate that there is a drastic decline in the reported cases. There is a decrease of 65 per cent of reported cased in 2017,as compared to 2016, which further decreased by 14 per cent in 2018. Among the trafficked victims, the average for three years shows that women (37 per cent) and children (56 per cent) constitute 93 percent of the victims. Majority of them (63 per cent) are trafficked for Forced labour (31 per cent) and sexual exploitation related offences (32 per cent). Trafficking for domestic servitude, forced marriage, petty crimes/begging and removal of organ constitute 8 per cent. West Bengal, Rajasthan, Maharashtra, Andhra Pradesh, Telangana, Jharkhand and Assam are featured in top 10 states in three years. These states contribute to 93 per cent, 85 per cent and 81 per cent of the reported total crime in India, respectively in 2016, 2017 and 2018.

Also Read : Human Trafficking Flexes its Muscles Amid the Pandemic

Whereas the ground realities show that there is an increase in the incidences of trafficking. The traffickers mostly use the railway stations as transit point for transporting the victims to other states,as it is well connected, cheaper and safer for them. While addressing a gathering in May 2019, Birendra Kumar, Principal Chief Security Commissioner, Southern Railway said, “The number of children rescued, most of them trafficked, at railway stations across Tamil Nadu and Kerala under Southern Railway, has tripled over three years. In 2016, the number of children rescued was 615. This jumped to 905 in 2017 and to 1603 in 2018. Until the end of April this year, 683 children have been rescued.”  However, no case is registered in 2017 and 2018 by Government Railway Police in Tamil Nadu as per NCRB data which is contrary to the reality.

For understanding the reasons for not reporting the incidents, key informant interviews in camera were held with police officers, Government Railway Police (GRP) and Railway Protection Force (RPF) and other stakeholders – Child Welfare Committee members, NGO representatives, and vendors in railway stations.

As revealed by the respondents, more than 2000 runaway / trafficked children are rescued every year in Tamil Nadu from the major railway stations such as Chennai central, Egmore, Salem, Erode, Tirupur and Coimbatore.  Memo/DD entry is made by GRB/RPF and children are handed over to Child Welfare Committee in most cases. Some of them are left without any enquiry/record.

There are several reasons for non-registration of cases. It varies from case to case. The police officials are not 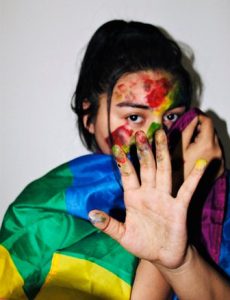 much aware of IPC section 370. It is clearly provided in explanation-2 of the Act that the consent of the victim is immaterial in determination of the offence of trafficking, most officers don’t accept it. The police are burdened with so many responsibilities as there are vacancies in police stations. Hence, they are reluctant as they cannot investigate the entire chain which cross over three to four states. No coordination mechanism is available between source and destination states. Even if victims are rescued and sent back to their home, there is no rehabilitation package under IPC which would result in leaving the victims unprotected. There will be also problem in filing charge sheet, trail and other proceedings for which the victims will not either coordinate or turn hostile. Corruption, pressure from superiors/politicians and lack of review mechanism force the officers in non-reporting of incidents. Moreover, the child protection mechanisms are very weak and they are not properly enquiring the victims and following the procedures. They don’t have any power or authority to influence the police officers.

This shows that IPC section 370 suffers with a lot of lacunae and cases are under-reported which is very evident.  It does not cover rehabilitation, compensation to victims and access to justice and focuses on penalising the traffickers. In addition, The Prevention of Immoral Trafficking Act focuses only on sex trafficking and not all forms of trafficking – forced labour, organ transplant, beggary, commercial surrogacy.

In the Bonded Labour Abolition Act, the definition of accused restricted to the principal employer and leaves traffickers out of the ambit of prosecution. Moreover, the compensation is linked with the conviction which makes the victim more vulnerable.

The Victim Compensation Scheme established under 357-A CrPC by National Legal Services Authorities are not reaching the trafficked victims. In the last seven years, between 2012 and 2019, across India, not even 100 victims of human trafficking have been awarded compensation. Out of total 100 applications, only 30 survivors received compensation amount. In 19 States, out of the total fund allocation of Rs 544.53 crore for victim compensation, only 128.27 crore has been utilized and 75 per cent of the funds remain unutilised (Source: RTI filed by Sanjog, Kolkatta).

Hence, the under-reporting of incidence of human trafficking and gaps in other legislations demand a comprehensive legislation for combating the issue of trafficking and protecting the rights of victims and survivors. Already the Trafficking of Persons bill is in the process of revision by the Ministry of Women and Child Development. While revising the bill, the recommendation of the stakeholders should be considered for a comprehensive bill to prevent trafficking, protect/rehabilitate the victims and prosecute the offenders and for effective implementation of the Act.

It is observed that the incidents of trafficking are not reported properly which is very dangerous and will pave the way to traffickers to exploit the victims. Moreover, one of the important push factors that causes trafficking is poverty. The COVID-19 pushes the vulnerable families into extreme poverty condition which will encourage the traffickers to target the vulnerable girls and women for forced labour, bonded labour, sexual exploitation, etc.  Hence, the current situation needs a strong, vibrant and comprehensive legislation for combating the issue of trafficking and makes our country as trafficking free zone.

The writer is a programme advisor with The Freedom Fund, based in Chennai. Views are personal. He can be reached on twitter @Balaviji2003

The writer is a programme advisor with The Freedom Fund, based in Chennai. Views are personal. He can be reached on twitter @Balaviji2003

Any Way You, In My Verses