More people could die due to hunger linked to COVID-19, much more than could die from the disease, warns Oxfam in a new report published on 9 July. 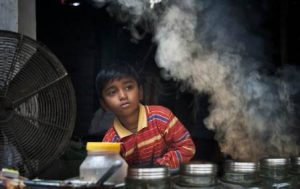 Global pandemic COVID-19 is fast turning out to be a hunger virus, deepening the food crisis in the world’s hunger hotspots. It is creating new epicentres of hunger across the globe, and as per the report published by Oxfam, 12,000 people per day could die from hunger linked to the pandemic by the end of the year. According to the report, The Hunger Virus,the death rate projected is potentially more than those who will die from the disease itself.

The social and economic fallout from the pandemic including mass unemployment, disruption to food production and supplies, and declining aid will push an estimated 122 million more people to the brink of starvation this year.The report states that the pandemic has added fuel to the fire of an already growing hunger crisis. Even before the pandemic struck, hunger was on the rise. As per the report, 821 million people were estimated to be food insecure, of which approximately 149 million suffered crisis-level hunger or worse in 2019.The report cites the estimates of the World Food Programme (WFP) and states that the number of people experiencing crisis-level hunger will rise to 270 million before the end of the year as a result of the pandemic, which is an increase of 82 per cent since 2019.Women and women-headed households are more likely to go hungry despite the crucial role they play as food producers, workers and caregivers, the report said.

The pandemic has combined with the impacts of conflict, spiralling inequality and an escalating climate crisis leaving millions more on the brink of starvation.Danny Sriskandarajah, Chief Executive of Oxfam GB, said:

“The knock-on impacts of COVID-19 are far more widespread than the virus itself, pushing millions of the world’s poorest people deeper into hunger and poverty. It is vital governments contain the spread of this deadly disease, but they must also prevent it killing as many – if not more – people from hunger.Governments can save lives now by funding the UN COVID-19 appeal and supporting the call for a global ceasefire to end conflict in order to tackle the pandemic. The UK could make a real difference by championing debt cancellation at the G20 finance ministers meeting next week to pay for social protection measures such as cash grants to help people survive.For many people COVID-19 comes as a crisis on top of a crisis. To break the cycle of hunger, governments must build fairer and more sustainable food systems that ensure small-scale producers and workers earn a living wage.”

These include Yemen, Democratic Republic of Congo (DRC), Afghanistan, Venezuela, the West African Sahel, Ethiopia, Sudan, South Sudan, Syria and Haiti,where the food crisis is most severe and getting worse due to COVID-19. These countries together account 65 per cent of people facing crisis-level hunger globally. Further, the report also highlights emerging epicentres of hunger, which are the middle-income countries (MICs) such as India, South Africa and Brazil. With reference to India, the report says that “the country has been struggling with hunger for a long time. In 2019, 195 million people – 14.5 per cent of the population – were malnourished as a result of extreme inequality, a lack of investment in rural communities (which are home to 70 per cent of the population),a failure to protect workers living in poverty, corrupt and inefficient systems for distributing food aid and social support, and an increasingly erratic and extreme climate”.

The report has looked down upon the Indian government’s 21-day nationwide lockdown to control the spread of the coronavirus. It says that“Millions of people who were already living precarious existences on the brink of hunger – rural communities, lower castes, minority groups, women and children – were suddenly tipped over the edge”.

However, all these do not mean the so-called world’s richest countries are immune to hunger. Citing data from the UK government, the report says that“during the first few weeks of the lockdown as many as 7.7 million adults reduced their meal portion sizes or missed meals, and up to 3.7 million adults sought charity food or used a food bank”. 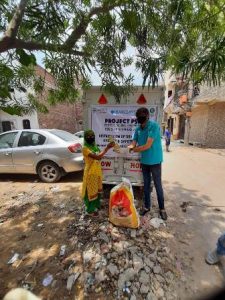 The Oxfam report also explores why so many people are going hungry and why so many more are so vulnerable to hunger.

It throws light on the food system that has “trapped millions of people in hunger on a planet that produces more than enough food for everyone”. The industrial model of agriculture production, which is heavily reliant on chemical inputs to grow vast monocrops for export, was failing to provide food security and alleviate poverty for millions of people, even before the pandemic.The report says that the‘system’ has enabled eight of the biggest food and beverage companies in the world to pay out over USD18bn to their shareholders since the start of 2020—more than over 10 times the amount of food and agriculture assistance funds requested in the UN’s COVID-19 humanitarian appeal.

Oxfam has called for urgent action to end this hunger crisis and build fairer, more robust, resilient and sustainable food systems that work for all people and the planet. While appealing all governments to take action to control the spread of the coronavirus, Oxfam has outline six priority areas for urgent action: a) Providing emergency assistance to save lives now; b) Building fairer, more resilient and more sustainable food systems; c) Promoting women’s participation and leadership; d) Cancelling debts to allow developing countries to scale-up social protection; d) Supporting the UN’s call for a global ceasefire;  and f) Taking urgent action to tackle the climate crisis.

With its presence in 67 countries worldwide, Oxfam, founded in 1942 and led by Oxfam International, is a major non-profit group that focuses on the alleviation of global poverty.It has claimed helping 4.5 million of the world’s most vulnerable people with food aid and clean water, in partnership with over 344 organisations across 62 countries since the pandemic began.