Rise in blood pressure is one of the leading behavioral and physiological risk factor to which 9.4 million deaths are attributed globally, and it is one of the most common lifestyle diseases today, with every third person having suffered from it. 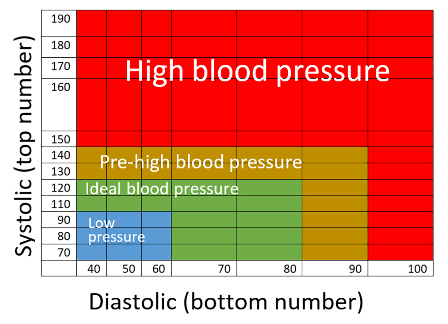 Hypertension is a medical name for high blood pressure, which leads to severe complications and increases the risk of heart diseases, stroke and death. It is a condition in which the blood vessels have persistently raised pressure, which can further lead to blockage or bursting of the arteries that supply blood and oxygen to the brain causing stroke. Blood pressure is measured in millimeters of mercury (mm Hg). Normal blood pressure is 120 over 80 mmHg, but hypertension is higher than 130 over 80 mmHg. Hypertension is the single most important risk for cardiovascular deaths and disability. Hypertension is directly responsible for 29 per cent of all stroke and 24 per cent of heart attacks in India as per a report by Indian Council of Medical Research (ICMR).

Despite the high burden of hypertension, most affected persons are not aware of its presence, thus increasing the occurrence of associated complications, especially in the developing countries. It often has no warning signs or symptoms, so many people do not even realise its existence.

Recommendations for better hypertension control in India by The National Center for Biotechnology Information (NCBI) includes – regular BP checks for all adults (>35yrs), reducing high salt in diet, weight management, reduction in alcohol consumption, control over high cholesterol food, avoiding use of tobacco and regular physical activity are some measure to fight high blood pressure, as hypertension is often silent and can go unnoticed. Hypertension in some cases can be hereditary. People can inherit genes that make them more likely to develop the condition.

“One of the ways to reduce variability and improve accuracy is to take repeated BP measurements in the same visit.”

As per Dr. Dorairaj Prabhakaran, Vice President – Research and Policy, PHFI and Dr. Ambuj Roy, Professor, Department of Cardiology, AIIMS, there is a need to ensure accuracy in the diagnosis and treatment of hypertension. Most physicians rely on a single BP measurement, rather BP should be measured on an average of three readings. BP varies with every activity one performs, it changes from moment to moment, with respiration, meals, physical activity, emotions, stress, alcohol and tobacco. 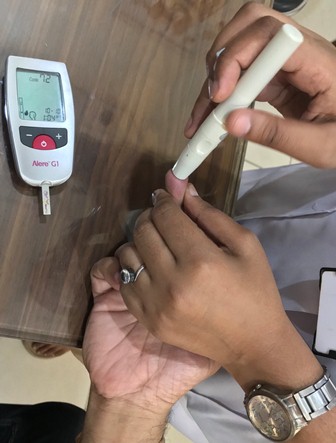 In a survey, it was recorded that hypertension was counted to be 16.5 per cent based on a single BP measurement but it drastically reduced to 10.1 per cent when the average of second and third readings were taken. As a result, improper measurement of BP can lead to an over-estimation of a patient’s correct BP, which in turn exposes the patient to unnecessary treatment and the associated adverse effects.

According to a survey by Harvard T.H. Clan School of Public Health, hypertension is more prevalent among young adults in India than previously thought, and the rates of diabetes and hypertension among middle-aged and elderly are high across all ‘geographical areas and socio-demographic groups’ in the country.

Hypertension is also affecting the youth in their 20s due to unhealthy way of life followed by job stress coupled with depression.

The IHMI will support adoption of standardised simplified treatment plans for managing high blood pressure, ensure the regular and uninterrupted supply of quality-assured medications, task sharing so health workers who are accessible to patients can distribute medications already prescribed by the medical officer, and patient-centered services that reduce the barriers to treatment adherence. The IHMI will effectively be rolled out in 25 districts in the first two years across the districts selected by the Health Ministry.

Majorly, IHMI will work for expansion and active screening and intensification of treatment activities for hypertension. The data on hypertension is expected to be streamlined through monitoring systems.

This initiative aims to strengthen the cardiovascular disease component of the Health Ministry’s National Program for Control of Cancer, Diabetes, Cardiovascular Diseases and Stroke (NPCDCS). The purpose of the initiative is also to spread the message of prevention and encourage people across various age groups to check their blood pressure at regular intervals.

There is an urgent need to spread a word and increase awareness through better detection and by educating the public.

Community health workers with minimal medical training can also be of some help for the patients in lowering their blood pressure through counselling and supervised prescribed medications. Meditation and de-stressing will lead to a positive change in the lives of people.

The writer, a public policy researcher, is a Masters student at School of Law, Governance and Citizenship, Ambedkar University Delhi. She can be reached on twitter @tanpreetlamba16

‘India is a democratic country but West Bengal is not a democratic state as of yet’: MP Saumitra Khan’s wife Sujata