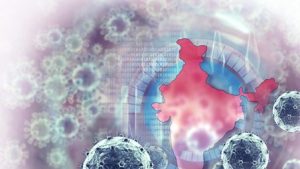 SARS-CoV-2 virus on a regular basis.

Called Indian SARS-CoV-2 Genomic Consortia (INSACOG), it will ascertain the status of the new variant of SARS-CoV-2 (SARS-CoV-2 VUI 202012/01) in the country, establish a sentinel surveillance for early detection of genomic variants with public health implication, and determine the genomic variants in unusual events/trends such as super-spreader events, high mortality/morbidity trend areas etc.

Dr Renu Swarup, Secretary Department of Biotechnology (DBT), informed that INSACOG will have a high level Inter-Ministerial Steering Committee to provide guidance and oversight especially for policy matters, and a Scientific Advisory Group for scientific and technical guidance. DBT, Ministry of Health & Family Welfare, Indian Council of Medical Research, and Council of Scientific and Industrial Research (CSIR),have jointly prepared the strategy and roadmap for the Consortium.

Government’s action is intended to accelerate virus surveillance, genome sequencing and characterization in the backdrop of the emergence of a newly identified variant of the novel SARS-CoV-2 Virus in UK, South Africa and some other parts of the world. A new variant, which was found in the UK, especially in the London region, is defined by multiple mutations in the Spike region, as well as mutations in other genomic regions.

As per DBT, these mutations are rapidly increasing the number of variants of the virus.

The Consortium will monitor the genomic variations on a regular basis through the multi-laboratory network. Knowledge generated through it would also assist in developing newer diagnostics, therapeutics and vaccines in the future.

DBT-NIBMG will be the Coordinating Unit for the Consortium and will closely work with a Nodal Unit of NCDC on activities like standard operating procedures, data annotation, data analysis, and data release.  National Centre for Disease Control (NCDC) will maintain a database of all samples of the new variants of public health significance. The data will be epidemiologically analysed, interpreted and shared with States/districts for investigation, contact tracing and planning response strategies. All the genomic sequencing data will be maintained in a National database at two sites, DBT-NIBMG, Kalyani and CSIR-IGIB, New Delhi. The virus isolated will be deposited in the notified SARS-CoV-2 virus repository at ICMR-NIV and Regional Centre of Biotechnology (RCB), Faridabad. (India Science Wire)