Organic products have witnessed a sudden splurge in the market. Have you ever wondered how it all began, and what happens now? 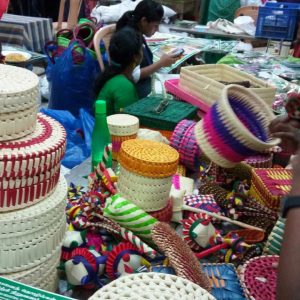 I s it a trend or fashion for elites and consumption addicts? Or a real concern about health and well-being? Maybe, all of them. Historically speaking, while India faced severe droughts and was importing food grains from abroad during the 1960s, ‘Green Revolution’ was initiated by the central government through modern farming methods to augment food production and keep up food security of the country.

During the initial years, it paid high returns with High Yielding Varieties (HYVs), inorganic manures and pesticides which augmented farm output. Food inflation was controlled and buffer stock had been enhanced.

Green revolution, in fact had several achievements but with inevitable side effects. At an individual level, it created serious health issues including fall in count of male sperms. It was caused by uncontrolled spray of chemical fertilisers and pesticides as farmers didn’t naturally possess enough knowledge in understanding scientific characters of such inorganic solutions.

For example, urea which is used for nutrient strength to plants contains 55 per cent of elements that erodes microbial life from the soils.

In a recent survey by the Punjab’s Department of Soil and Water Conservation, seven districts of the state have been hampered with severe soil degradation. Now, the Department is planning to map all the 12,400 villages in the state for soil health. Therefore, a farmer has to spend more on chemical solutions next time to recuperate lost nutrients and also has to irrigate the land more to absorb them in the soil. In addition to the HYV crops introduced during the Green Revolution, advanced technologies like Bt Cotton also found their way into the fields. However, they required more chemical solutions than HYVs which forced indebtedness among farmers who were later forced to commit suicide.

The state had to intervene on behalf of the public and farmers to safeguard sustainable livelihood. Hence, it has started to promote organic farming. Prime Minister Narendra Modi recently declared the state of Sikkim as “a complete organic state in India” and assured the rest of the country that it will be brought under such development.

In order to reduce costs and prices, the Central Government has initiated its three-flagship schemes to develop organic farming across the country. According to a recent PIB release, “The current position of organic farming as per the area covered across the country is 23.02 lakh hectares under the schemes Paramparagat Krishi Vikas Yojana (PKVY), Mission Organic Value Chain Development for North Eastern Region (MOVCDNER) and National Programme of Organic Production (NPOP).

“Under PKVY and MOVCDNER schemes, enough assistance is provided to Farmer Producer Companies (FPCs)/ entrepreneurs for development of value chains/marketing of organic produce,” it reads. Thus, there is a big thrust from the state’s side towards the cause.

Several state governments are also on the anvil to promote organic farming. The Tamil Nadu Government is all set to announce a policy in this regard.

Despite that several problems are faced by the organic community.

People and practices: Despair and hope in the community 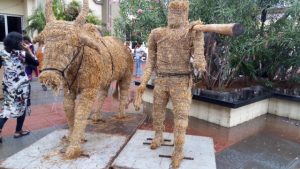 Among the several hurdles faced by the organic community, the most prominent one is the lack of policy in the country. Many state governments are yet to actively start promotion of organic farming practices. In addition, market access and standardisation of products and certification of exports are the other supply-end hurdles.

On the field, an organic farmer has to face the wrath of ill-effects of chemical farming which has ruined his land along with water woes and non-availability of quality seeds. And there is no coordinated effort between the state’s agricultural departments and the farmers to develop organic farming.

In developed countries, for farmers choosing organic farming over regular farming, there are subsidy schemes for loss of production volume. That is not the case in India yet.

During the Green Revolution, there was no arrangement for sustaining and improving traditional crop varieties. As a result, the country lost several diversified crops in due course of time. There are now fewer farmer movements with respect to traditional or indigenous seed varieties.

Rahibai of Maharashtra, who restored 80 varieties of native seeds, and G Nammazvar of Tamil Nadu, who dedicated their life and energy to the cause, are few cases in point.

Among notable ecologists who oppose chemical-ridden farming is Dr.Vandana Shiva. Her organisation, ‘Navdanya’ is promoting not only traditional ecological farming but also strives to cut GHGs, promote eco-feminism and other alternative practices.

In this regard, many conventions and exhibitions are held across the nation. Recently, in Chennai, there was a fair held at Chennai Trade Center asking for the farmers to return to indigenous farming. It was conducted by a group called ‘Nalla Keerai’ (Good Spinach) in association with many organisations indulged in organic products ranging from food to sanitary ware. “We had to bear Rs 15 lakh towards organising this event. The footfall has been on a large scale and we could make about a crore from the event. We are also planning such events in future with a de-centralised strategy to address every local place so that they don’t have to travel much,” organiser Jagan of Nalla Keerai told Delhi Post. Explaining other initiatives taken by them, Jagan said that by visiting colleges and corporate campuses, they introduce traditional beverages to the current generations as an alternative to foreign brands. “In addition, we have started a campaign called STOP to promote usage of traditional products such as turmeric and sugar,” he explained.

JNUSU elections: As it unfolded