The Modi government can achieve its targets by taking into account pitfalls of inefficiency, incompetence, corruption, fake ideologies or bad politics.

Indian economy has plummeted with its devastating effect on everyone, especially the lower strata, with COVID-19. Along with other effects, the pandemic has led to reverse migration of poor people from urban areas to their native villages. They are the ones who run the country by working in factories. Prime Minister Narendra Modi announced 20 lakh crore (around 10 per cent of GDP) as relief package to help the descending economy. His clarion call for ‘Atmanirbhar Bharat’ seems to be a new vision of emerging India. The call for ‘vocal for local’ to make India global should not be mistaken for protectionism. As stated by the prime minister, ‘Atmanirbhar India’ will base itself on the five pillars of economy, infrastructure, system, vibrant demography and demand. The reforms would revolve around “land, labour, liquidity and laws”.

Prime Minister Modi in his fourth address to the nation during the nationwide lockdown, asserted:

“Friends, we have been hearing since the last century that the 21st century belongs to India… it seems that the 21st century is the century for India. This is not our dream, rather a responsibility for all of us.” He further added, “the position of the world today teaches us to foster for self-reliant India which is the only path. It is also mentioned in our scriptures Eshah Panthah, i.e. self-sufficient India.”

Does this not reflect Trump’s concept of ‘America first’? This reminds one of ‘Make in India’ campaign. A quick check of our history shows that in 1905, the Indian National Congress launched the Swadeshi Movement and Mahatma Gandhi called the country to boycott English products and clothes. A large quantity of foreign goods was burnt during the protests. All this gave rise to Khadi spun to boot out the suit-boot Sarkar (Britishers rule). After Independence, Nehru build his own concept of make in India: ‘commanding heights’ by constructing huge dams, hydroelectric projects, setting up of industries including heavy manufacturing units, consumer durables, cars and the like to pave way for self- sufficiency. It further opened the way for technocrats, scientists, managers through IITs, IIMs, so on and so forth.

Modi’s announcement can be traced back from the meetings of G-20 wherein he devised the notion of human-centric globalisation. He advocated:

Also Read : Life Above Economy Lockdown Extended Till 3rd May

“In many senses globalisation have failed us, G-20 had become a forum to balance competing individual interests rather than looking at collective interests of human kind, whether it is combating terrorism or fighting climate change, the human aspects of globalisation had been subsumed by economic and financial focus”.

The very concept of ‘atmanirbhar’ is like an old wine in new bottle. Behind the veil of self-reliance, Modi must not commit the mistakes of George Fernandes and Indira Gandhi. George Fernandes of Janata Party, threw Coca Cola and IBM from India, however, within a span of years, they survived and came back bigger in India. Within two years, the government collapsed. The then Prime Minister India Gandhi nationalised private banks with blooming profits. However, currently, most of them are burdened with losses, NPAs, mismanagement, etc. Therefore, we cannot all of a sudden become self-sufficient.

The reforms in Essential Commodities Act, APMC Act and provisions of contract farming will make farmers better off by allowing them to sell produce at market price, take own decisions without interference of government’s red tapism, rigged mandi or middle men. The food delivery through e-commerce is likely to boost farmers are given permission to sell whoever they want to. By breaking the exercise controlled by distributors is set forth in right direction. The commodity based cooperatives will allow sellers to sell through their discretion without restriction to sell everything at one location.

Further, increase in public expenditure in healthcare by constructing district-level hospitals, facilities in rural areas, education, especially in rural areas, and exemption for firms for a certain period in case of insolvency, which have borrowed within a year, are much appreciated. This would lessen high credit risk behaviour that was making banks reluctant to lend money.

Suddenly, the post-colonial concepts of self-reliance, import substitution have come in vogue, despite countries making efforts to come out of the dilemma. ‘Globalisation’, the very foundation of world, has become bad. 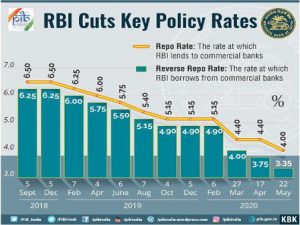 Lekha Chakraborty, renowned economist and professor at National Institute for Public Finance and Policy (NIPFP), asserted; “if this is a retreat from globalisation, then this can be a slippery slope for Indian businesses and economy. We should not be rocking the very foundation of the ‘open economy’ which has been built with careful calibrations”. Therefore, Indians cannot be settled to third or fourth best option just because it has ‘Made in India’ tag. We have always been taught not to compromise with quality and competence.

India focuses on immediate crisis along with medium to long-term changes (not a major concern presently) to ensure liquidity. The initiatives taken measures self-reliance, rather than enabling it. Politicisation by keeping a central economic decision making and controlling economy is grave. There has been little to show that states were consulted in decision making, and hence, this creates a faultline with rising bureaucracy, making situation more vulnerable.

The idea of no foreign bidders for contracts up to Rs 200 crore seems to be ambiguous as no further details are provided. Will this end up as government diktat as in the case of Aadhaar and Aarogya Setu app? What about the status of foreign companies like Hindustan Unilever that manufactures all its products locally within India? Would they be counted as foreign or a local one?

The nations around has announced various packages for its citizens to cope up with the crisis. For instance, Japan proclaimed package amounting to 21.1 per cent, the US announced 13 per cent and France 9.3 per cent of GDP, whereas Wuhan gave only 3.8 per cent of GDP. However, on the 10 per cent of GDP as promised by India, many calculations reflect that actual expenditure would tantamount to just 1 per cent. The government is apprehensive of raising its total expenditure.

Prof. N R Bhanumurthy, NIPFP, contemplates India’s Gross Value Added (GVA) to contract by 13 per cent under the base case scenario (a situation where both central and state government bring down their expenditure with falling revenues to keep up fiscal deficit target). In return, it will lower down GDP by 12.5 per cent. How can government appreciate ‘ease of business’ when it is difficult to start or end it?

Proclamations regarding Employees Provident Fund, TDS and TCS cuts are criticised on the ground that they fail to address real problems of have nots and largely affected migrant workers and farmers.

The notion of ‘One Nation One Ration Card’ hold no importance due to leakages.

The crisis distressed the MSMEs, retail sector, food industry, unorganised sector, etc. The rising debt likely from unmonitored borrowings will require much diligent debt management strategy for government and financial sector, given the support that government has provided in form of liquidity and guarantees on credit, which is likely to shoot up the liabilities side of balance sheet. India’s government to debt GDP is likely to skyrocket and hence, government must be vigilant to address the same.

Just like after World War I and II, technology has been a drive of change, Atmanirbhar Bharat calls for tremendous change through technology. In this situation, the huge man power can prove to be an asset. Since the times of Aryabhata, India is good in numbers. The Green and White Revolutions have always been a success. Independence in energy and defence is desirable to become atmanirbhar, because major exporting countries like China and Israel have opted them to be self-reliant.

The role model of South Korea’s ‘New Village Movement’ of 1970s should be followed. Under this, villages were provided cement and iron bars with a development plan. Villagers were expected to place, create committee and raise capital through rapid industrialisation. They build up the infrastructure. Since, they were incentivised, they performed better and as a result poverty declined from 28 to 11 per cent. From the world’s poorest country in 1960, South Korea became an industrialised modern nation.

Indian government must grab the opportunity to work for and with people rather than focusing on next elections. We need to compete with the world rather than competing within ourselves. The Modi government can achieve its targets by taking into account pitfalls of inefficiency, incompetence, corruption, fake ideologies or bad politics.