21st February, is recognized as International Mother Language Day by UNESCO, inspired by the critical role this day played in the Bangla Language Movement that occurred in 1952. The importance of this day was 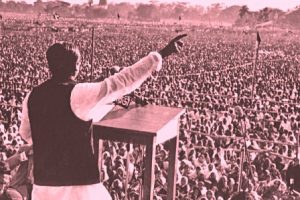 internationally recognized by the UNESCO’s General Assembly on 17th November 1999 for the Bangla Language Movement as language martyrs—Salam, Rafiquddin, Barkat, Jabbar and Shafiur were killed in police firing as they demanded on the street for Bangla to become another state language of the then Pakistan where Urdu was the only state language. The 1952 Language Movement is remembered around the globe every year but its real history is still unknown amongst many global citizens and its historiography too remains unexplored in its contribution towards the origin of Bangladesh.

This Language Movement was not only  a fight for Bangla language but had fostered the very notion of Bengali nationhood that eventually helped give birth to a new country – Bangladesh, under the leadership of Father of the Nation, Sheikh Mujibur Rahman or Bangabandhu (Friend of Bengal). But the role of Bangabandhu in the historical nationalist movements and the subsequent birth of the independent Bangladesh have massively been ignored, distorted and even been subjected to propagation.

The distortion of facts and propaganda has been embedded with the historical narratives of Bangladesh. Such distortion started massively after the killing of Father of the Nation Sheikh Mujibur Rahman and all of his family members, except his two daughters—present Prime Minister Sheikh Hasina and Sheikh Rehena, on 15 August 1975.

It was not only a heinous bloodbath but was also an attempt to suppress the contribution of Bangabandhu and his dream of creating an independent Bangladesh, a Sonar Bangla (Golden Bengal).

The perpetrators and killers resorted to launching  false allegations and propaganda against him and his long-standing struggles and contributions towards fostering the notion of Bengali nationhood that morphed into  Bangladesh in 1971. In our historical narratives on our Language Movement of 1952 as depicted in books, mass media and even oral speeches, the contributions of the great leader have been massively ignored and presented with distorted historical facts which shrink the reality of the significant role Bangabandhu played as a student leader.

It was evidently true since the birth of Pakistan, how vocal Bangabandhu was against discriminations East Pakistan was facing on a variety of issues, including not having Bangla as the state language. According to the first volume of the secret documents on Bangabandhu, Pakistan police’s intelligence branch had opened a file for Bangabandhu as he was organising the movement for Bangla.

The Democratic Youth League was formed at a conference in September of 1947. Bangabandhu directly joined the activities for language movement of Tamaddun Majlish. On 5 December 1947, he attended a meeting of Muslim League Working Committee at the residence of Nawab Nazimuddin and demanded Bangla as the state language. The then 28-year-old student leader read at the conference a proposal among others that Bangla should be made the medium of writing for legal and administrative purposes for East Pakistan.

Bangabandhu had an undeniable contribution in the drafting of a 21-point manifesto for the Language Movement and was one of its key signatories. The East Pakistan Muslim Students League was formed on 4th January 1948 under the aegis of Bangabandhu. The contribution of this organisation in the history of the Language Movement was remarkable. It placed 10-points demand, one of which was for the recognition of Bangla as the state language. He also opposed the speech of Khawaja Najimuddin, delivered at the Legislative Assembly, for marking Urdu as the state language.

On 8 February 1948, when Muslim League leaders and most of the East Pakistan leaders supported Urdu as the state language at Constituent Assembly in Karachi, Congress Member from Comilla, Dhirendranath Datta, demanded Bangla as another state language of the Union of Pakistan. Following the proposal, Bangabandhu in his ‘Unfinished Memoirs’ said, “We started protests through organising meetings.” Later East Pakistan Muslim Students League and Tamaddun Majlish formed Rashtrabhasa Sangram Parishad to realise the demand for Bangla following a proposal of Bangabandhu at a meeting at Dhaka University.

Bangabandhu and some of his fellows were arrested from a demonstration during the strike called by Sangram Parishad on 11th March 1948 to protest the conspiracy against Bangla. In the face of strong student movement, they were set free on the 15th of March. Following their release, Sangram Parishad held a public rally. Bangabandhu presided over the rally, which was attacked by police. Protesting the attack, Bangabandhu instantly called a countrywide student strike on 17th March.

Also Read : Rice: The Stepping Stone in the Rise of Bangladesh

On the other hand, Mohammad Ali Jinnah at Dhaka University Convocation held on 19th March declared that “Urdu and Urdu alone” would be the state language of Pakistan. Bangabandhu and other student leaders instantly protested Jinnah’s speech right before him.

On 26 January 1952 Khawaja Nazimuddin again declared that Urdu would be the state language of Pakistan. Although confined in jail, Bangabandhu sent a call to Sangram Parishad to observe 21st February as a Demand Day for releasing political prisoners and considering Bangla as the state language. He began a hunger strike on 14th February.

On 21st February, students violated section 144 imposed by Pakistan and brought out a procession in Dhaka to realise the recognition of Bangla as the state language. 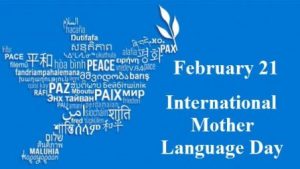 and Shafiur Rahman dead. Bangabandhu sent a protest note to the police      from jail and observed a hunger strike as a protest for the killing of our language movement heroes.